Serokhvostov won the sprint at the Russian championship in Tyumen in one gate.

This year’s Russian Biathlon Championship significantly exceeds the previous ones in terms of intrigue. The participation of athletes from Belarus made this tournament open, and given the loud slap that our athletes received in Ufa two weeks ago, the competition with athletes from the neighboring country became even more fundamental.

First of all, we hoped for a good result from the iron participants of our team, but before the race it became known that Loginov has serious health problems, and Latypov fell ill just before the race. It became alarming.

But even without a capable world champion, our team has recovered from past failures. And Serokhvostov shocked everyone with his physical fitness.

Problems of our leader

All the strongest biathletes of the Russian and Belarusian national teams, except for Anton Smolsky, had to take part in the sprint. The winner of the 2022 Olympics missed this start as planned and returned to his homeland immediately after the SBR Cup.

However, our positive expectations were shattered by alarming news about Alexander Loginov’s condition. During one of the classes, Alexander was injured. Doctors diagnosed a mild concussion, and Loginov was forced not to go skiing for a week. He arrived in Tyumen two days before the sprint and completed official training. At the same time, the condition of our leader remained imperfect. 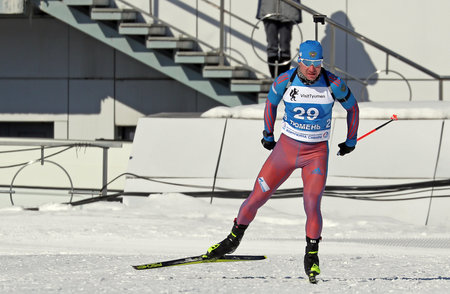 It should be noted that Maxim Tsvetkov appeared in the start list, who did not take part in the Ufa tournament due to his poor health.

Nikita Lobastov was the first foreign athlete to start at number three, but he made two misses in the first shot, depriving himself of a chance to fight for gold. In addition to him, Dmitry Lazovsky could be a serious competitor. And he showed a confident result in shooting lying down, but so far gave way to Porshnev and Tsvetkov.

By this time, one of the best Russian shooters and the loser of Beijing-2022 Maxim Tsvetkov has already worked out his second shot and did it flawlessly. But he lost to Suchilov, who won by a few seconds with two misses. 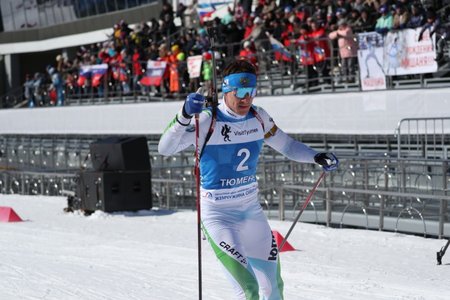 Loginov traditionally showed fast shooting, but not coping with one target again upset himself and the coaches. Latypov showed a similar scenario. Serokhvostov and Khalili were pleased, who closed five targets on the front line and showed a great move.

There were plenty of contenders for the podium before the second shooting.

Meanwhile, Tsvetkov, who finished, still lost to Suchilov by seven seconds. The 29-year-old athlete from the reserve of our team became the intermediate leader at the finish, but after the shooting of Dmitry Lazovsky it became clear that Semyon’s leadership was short-lived. The Belarusian athlete was again accurate and ahead of our athlete.

It became clear that Serokhvostov could impose a struggle on Belarus. Daniel made one mistake, but the advantage in speed allowed him to have a gap of 35 seconds over the leader from Belarus, even with a penalty circle. In general, Serokhvostov looked very powerful. So I wanted to ask: “Danya, where have you been before? Why did you reach the peak so late? ”

We could already celebrate the victory of Russian biathlon in a micro-match with athletes from the neighboring country. Khalili and Latypov could potentially interfere in the struggle. Unfortunately, both made one mistake and fought for the podium, but not for gold. Unexpectedly for all in the top three could be even a veteran Eugene Garanichev, who has worked out both frontiers, but, losing in speed on the last lap, still was fifth. 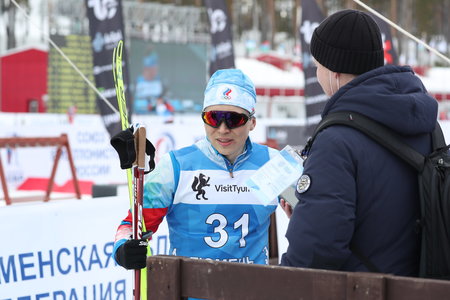 Serokhvostov’s incredible haste determined his success in the sprint and instilled hope in our biathletes after the failure of previous races. Even against the background of his illness, Latypov won a duel with Khalili and became the second. Loginov closed the top 10. We finally took the whole podium, leaving Belarus without medals.