The 22nd round of the RPL is over, and again there were scandals. Once again, the referees were outraged by the work of Spartak, but Leonid Slutsky calmed down a week ago after a storm of discontent. Referee Igor Fedotov analyzed the refereeing in each of the matches especially for the “Championship”.

– Moskalyov worked on the field in the match, Bezborodov worked on the VAR. In the 16th minute, a promising attack was thwarted, but the Ural player was not shown a yellow card. Also in the 76th minute, the ball hit the hand of the Ural defender, but Moskalyov ignored it. Bezborodov called the judge to watch the replay, but he did not change his mind. For me, this is a mistake – both hands of the Ural football player were placed to the sides, this is an unnatural position, and the Khimki player, knocking out the ball, fell into the hands of the opponent. It was necessary to appoint an 11-meter to the gates of the Urals. Moskalyov’s score is 7.8.

– Kazartsev calmly and without problems worked out the match. Score – 8.4. 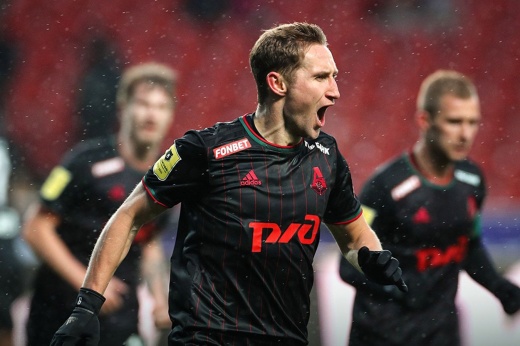 Utkin’s new masterpiece from the penalty spot did not help Akhmat. But it turned out to be a show with five goals!

– Karasev’s good work, without special incidents, everything is in order. Score – 8.4. 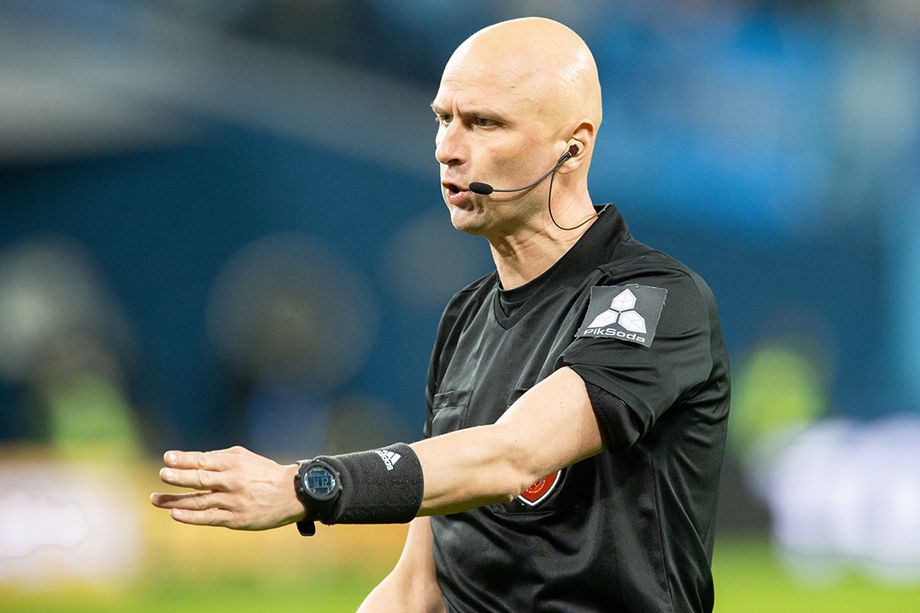 – Here we will first dwell on the two brightest episodes. For a foul on Ayrton at the end of the first half, Ivanov had to show at least a yellow card to Gotsuku, but he did not give anything at all. Sobolev was removed for this in the match with Akhmat, so it was possible to show a straight red for a foul on Ayrton. Strange that VAR did not interfere.

As for the penalty in the performance of Promes, it was a double touch. According to the rules, this is a free kick, Spartak’s goal from the penalty spot was canceled correctly. It’s the same if Promes hit the post and then hit the goal. But I do not remember this in the Russian championship.

Also in this match I have a lot of questions about yellow cards. In the ninth minute it was necessary to show the card to Stotsky, in the 21st for a foul on Bakaev – Masoero. Also in the 23rd minute Khlusevich played rough – he hit the opponent in the calf muscle with spikes, but also did not receive a card. In the 26th minute, for some reason, there was no warning to Ennin, but in the 56th minute Suleimanov received an undeserved card. There is such a decision that it still does not fit in the head: the home team player played ball, Martins Pereira hit the opponent’s knee with spikes, and in the end the victim saw the card. As for Ignatov’s card for the simulation in the 93rd minute, everything is true. Score – 7.4. 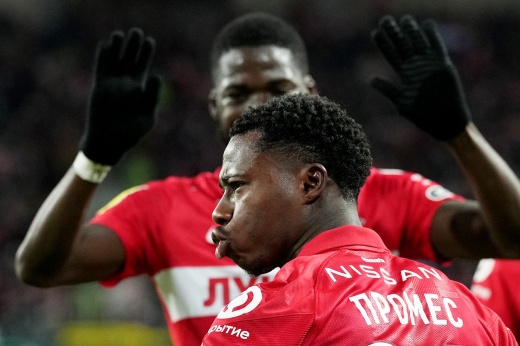 “Spartacus” is unique! In a ridiculous way, Kerzhakov was given a draw

– In the episode with the first goal, we can only believe VAR. The ball is closer to the goal than Yazyji – this is not an offside position. What they showed was clumsy, nobody understood anything. According to this layout, the ball is closer to the goal, the goal is scored correctly. But such a lineup cannot be trusted. The second ball in the 12th minute was scored incorrectly. Any play with the hand in the attack, after which a goal is scored immediately, is a violation of the rules. She was in this episode. It didn’t matter if the arm was in the natural position or not. The hand is slightly away from the body, there is movement – it’s a game of the hand. The goal was scored in violation of the rules. There are no questions about Lomovitsky’s second yellow card. This is the problem of the Rubin player: he is already being replaced, and he is flying with his sleeper and making an overlay – it’s yellow. Even the referee does not give a chance to leave him in the game. Everything is correct here. There are also no questions about Begic’s second card – it is shown for depriving him of a clear opportunity to score a goal, but with an attempt to play the ball. Therefore, yellow, not straight red. 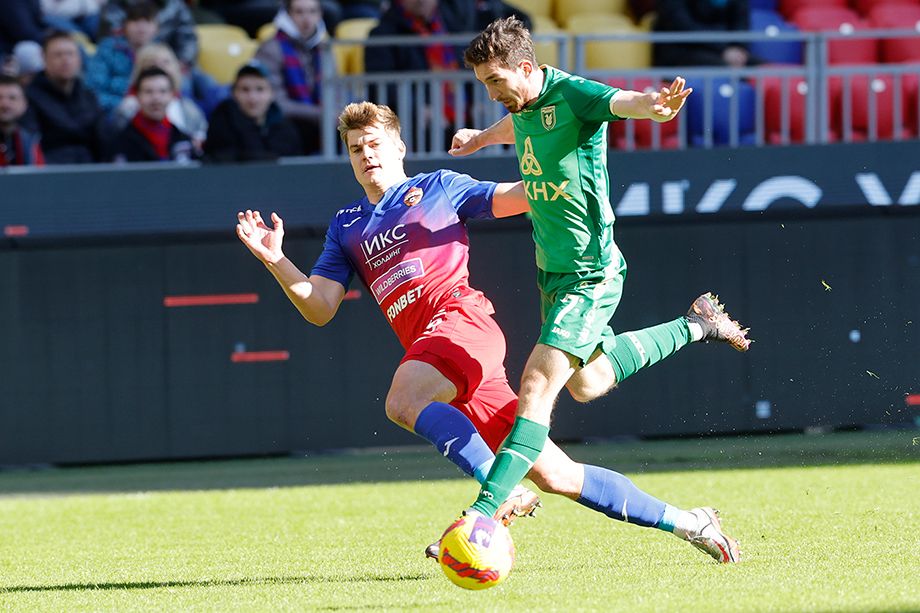 I would like to note that VAR has been working on the game for a very long time. CSKA scored seven goals (one was canceled), each watched for two minutes. A total of 14 minutes of football was stolen from the spectators. I understand why the judge added almost nothing to the regular time – there was such a score that I would not add these two minutes. But of all the moments of real viewing, only the goal in the 11th minute and CSKA’s canceled ball were worth it. And they watched everything!

Score – 7.9. but the RFU will put 8.4, as they recognize the decision to count the goal in the 12th minute correct.

– Lyubimov once again showed that he is not a judge of the RPL level. He showed Terekhov’s card in the 51st minute by mistake. Terekhov put his foot next to his opponent, who was probably scared of it, jumped up and stepped on his foot. Amazing warning! In the 63rd minute Terekhov received a second card – allegedly for hitting his elbow in the face. Yes, there was contact, but it was initiated by the Krylev footballer: the Sochi defender jumped on the half-body above the opponent, and he then jumped his face into his elbow. Terekhov was looking at the ball at that moment.

The 11-meter in the 77th minute was set correctly, although I do not understand how Lyubimov saw a foul from 20 meters. Too bad he didn’t show Rodrigo’s card for thwarting a promising attack. It was also necessary to show a yellow card for a foul on Zinkovsky in the 85th minute. Well, in the 93rd minute there was an episode that proves that Lyubimov can not be admitted to the RPL. Popov owned the ball, it was 20 meters to the goal and free space. He was knocked down in the podcast, the ball flew back, but Lyubimov for some reason gave the principle of advantage! Melkadze eventually received a card for clarifying his relationship with the judge. And in the place of the incomprehensible Popov, I would ask Lyubimov where he saw this principle at all! Terrible work, score – 7.6. The main disappointment is that Lyubimov doesn’t even understand what he’s doing, but just judges so badly. But he continues to be lobbied for RPL games. 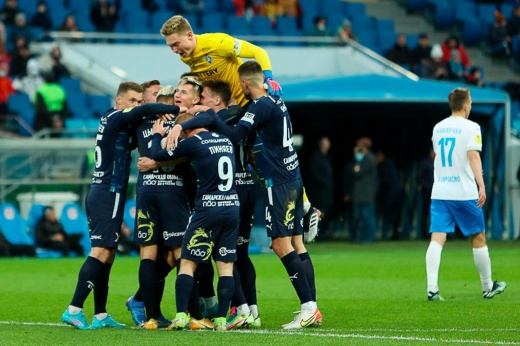 – In the first minute Shadykhanov had to show the card to Gazinsky. He held the opponent with his hands, but the referee didn’t even whistle a foul. In the 66th minute I will note Shadykhanov’s good decision: he saw that Krotov, punching the penalty spot, made a double touch – like Promes in the match with “Nizhny”.

In the 75th minute, Chernikov was incorrectly shown the card – there was nothing special in his roll, the game moment, the referee was led to the fall of the opponent. Shadykhanov also did not understand in the 81st minute, when Spertsyan did not have time to play the ball and hit the opponent on the leg. VAR intervened well, after which an 11-meter was assigned to the case.

– Kukuyan’s work is really good. In the 26th minute there was a difficult episode: the home team’s player hit his head towards the goal, after which the opponent kicked him in the chest. There is no rudeness, no aggression, contact did not prevent to break through. Despite the VAR’s decision to call Kukuyan to watch the replay, the judge was right to uphold his decision. Also the right decision was in the 72nd minute after the fall of Grulev: he tried to take the ball, did not play in it and joined the martial arts. There was no hit, a game clash, plus contact occurred when the ball had already gone to the side. Kukuyan figured it out here too. 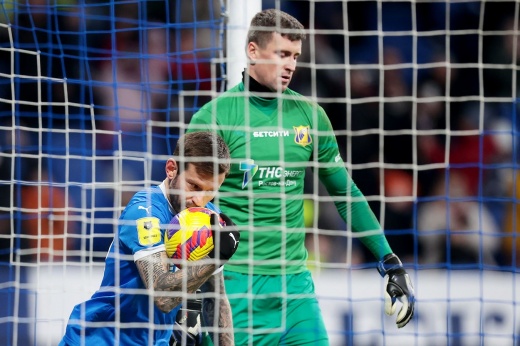 A gift to Zenit from Karpin! The main competitor suddenly lost points

If we talk about mistakes, then in the 80th minute Balbuen’s card was incorrectly shown. He hit the ball, not the head – Bayramyan just beautifully portrayed that the blow was in the head. As for the 11-meter in the 89th minute, everything is true – there was a foul on carelessness on Grulev, he was kicked. Kukuyan’s score is 8.4. And if it weren’t for the yellow on Bayramyan, it would be 8.6. Well done, there are no questions for him in decision-making.