Babies have a 25 percent higher chance of low birth weight if they are born in areas with high air pollution, an Israeli study has found.

Authors say the research, based on just over 381,000 births over 11 years, gives a rare glimpse into the effects of pollution on fetuses, and may well be a barometer of other health impacts.

“The literature until now was not clear, but we’ve now shown in a large study a clear association between exposure of the mother to air pollution and low birth weight,” epidemiologist Prof. Hagai Levine of the Hebrew University told The Times of Israel .

“And given that low birth weight is a significant indicator of potential health problems later in life, this is important,” he said.

The study has been newly peer-reviewed and published in the journal Environmental Research. It is based on personal anonymized data on the mothers, including the area where they lived and the weight of their babies at birth, provided by Maccabi Health Services.

The data was cross-referenced with information on daily air pollutant concentration over each square kilometer of Israel, derived from satellite data by Ben Gurion University.

Levine, who conducted the study together with his doctoral student Wiessam Abu Ahmad, said that Israel was perfectly placed for such a study because medical records are fully digitized, pollution levels are relatively high, and mothers tend to have more children than in most developed countries . 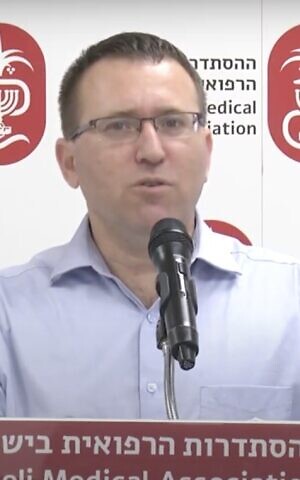 He said that the finding should impact health policy around the world, commenting: “Today, governments don’t take into account the impact of air pollution on fetuses when making policy, but the message is that it should receive attention.

“Governments should put effort into doing exactly what we did — tracking correlations between pollution and birth weight on a large scale. It’s important for the health of babies, but it’s actually also a broader indicator of the impact of pollution.

“That’s because many health outcomes take a long time to see — for example, if you want to correlate pollution with cancer you need to wait many years. But the correlation with birth weight is seen very quickly — and it’s a factor that is known to influence future health.

“This study should encourage monitoring of health data against pollution in other areas beyond baby weight. In short, it’s now clear that governments need to set up the infrastructure to integrate environmental and health data at the personal level.”

Do you value The Times of Israel?

If so, we have a request.

Every day, our journalists aim to keep you abreast of the most important developments that merit your attention. Millions of people rely on ToI for fast, fair and free coverage of Israel and the Jewish world.

We care about Israel – and we know you do too. So today, we have an ask: show your appreciation for our work by joining The Times of Israel Communityan exclusive group for readers like you who appreciate and financially support our work.

We’re really pleased that you’ve read X Times of Israel articles in the past month.

That’s why we started the Times of Israel ten years ago – to provide discerning readers like you with must-read coverage of Israel and the Jewish world.

So now we have a request. Unlike other news outlets, we haven’t put up a paywall. But as the journalism we do is costly, we invite readers for whom The Times of Israel has become important to help support our work by joining The Times of Israel Community.

For as little as $6 a month you can help support our quality journalism while enjoying The Times of Israel AD-FREEas well as accessing exclusive content available only to Times of Israel Community members.

thank you,
David Horovitz, Founding Editor of The Times of Israel