One of the leaders of the “red and whites” can not move to the Premier League because of the principles of the league leaders.

This spring, international federations did everything to bleed the Russian championship. First, FIFA opened a special transfer window for our legionnaires and allowed them to unilaterally terminate contracts with Russian clubs, and then UEFA allowed European Cup teams to recruit “defectors” to themselves. Within a month, the league could be left without foreign stars at all.

However, there are those in Europe who have opposed this idea. And suddenly they turned out to be the most zealous, it would seem, supporters of anti-Russian sanctions.

Will the British save us from a staff collapse without wanting to?

On March 24 it became known that the British Premier League will refuse to introduce a crisis transfer window for Russians and Ukrainians. This was unofficially reported in The Times, clarifying that the administration of the championship is allegedly guided by “considerations of the integrity of the league.”

This justification does not seem plausible. First, it is extremely unlikely that a whole army of legionnaires from the Russian championship would now rush to the submarine. According to the UEFA rating, the strongest players in the Europa League have already moved to the strongest league in Europe – it can be said that on holidays. The reason is obvious – the level usually falls short. Even now, English clubs simply would not find a worthy reinforcement in the ranks of our foreigners.

Exceptions to the rule could be found, but it was impossible to expect a mass outcome in any case. Hence the second argument: the integrity of the league one or two transfers – and in small clubs – certainly would not be violated.

It is possible that the British and European football authorities simply differed. If some decided to punish Russia with a “brain drain” and began to seduce local legionnaires, others – demonstratively turned away from our league, not separating Russians and foreigners.

The first case of a boycott

However, until recently, the new policy of the submarine was known only at the level of rumors. But now all that has been said has received real confirmation.

According to Sky Sports, the other day the English Premier League blocked the first possible transfer from Russia to the UK. Burnley tried to take advantage of the opportunity to steal valuable legionnaires from the RPL: ​​now the club is fighting for survival in the championship and is in dire need of strengthening. 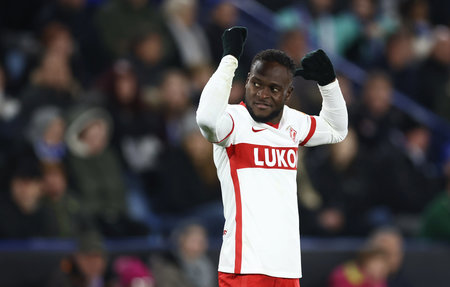 As it turned out, the bosses of the “burgundy” liked the midfielder of “Spartak” Victor Moses. The choice is quite natural, given that the Nigerian spent most of his career in England: on the islands, the player managed to play for “Chelsea”, “Stoke”, “Liverpool”, “West Ham” and “Wigan”.

But the Burnley scouts still failed to bring the experienced African back to his football homeland. Former Manchester United and Russian player Andrei Kanchelskis is already happy with the news – and now he hopes that other Moses clubs will not be deceived either.

– We must cling to all possibilities, try to keep foreigners so that the level of football progresses, – quotes Kanchelskis “Championship”.

After all, British policy is in our favor. If foreigners have nowhere to go from Russia now, the rapid degradation of the league will be avoided. The main thing is that in the long run the problems of the championship do not worsen – then no measures of the submarine will save us.