There is no reception against the scrap of CSKA! Dynamo did not help the best match in the series 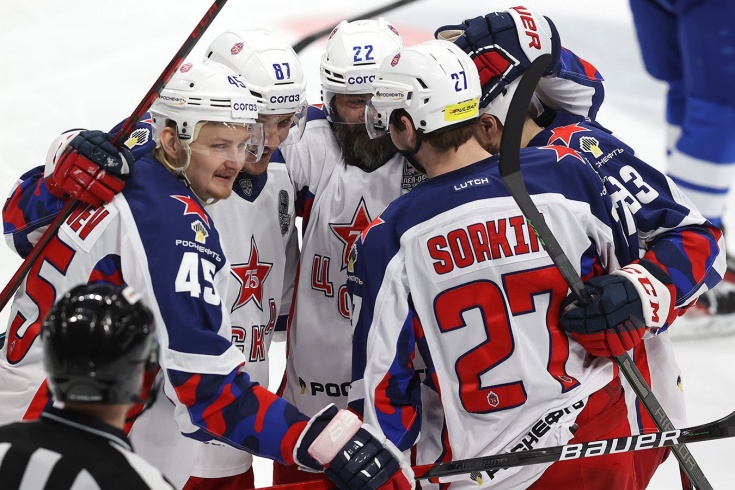 The army is one step away from the West finals.

So far, CSKA’s advantage over rivals in the playoffs looks nowhere more convincing. A well-coordinated car got on the victory rails and rides on them so calmly and confidently that, no matter how hard the opponents try, the best they can do is to keep the intrigue and impose a struggle. Lokomotiv was the first to feel this, and now Moscow’s Dynamo is on the same path. 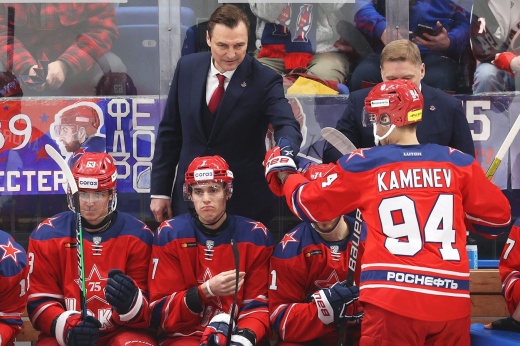 CSKA is undefeated in the KHL playoffs. It seems that Soviet hockey is no longer mentioned there

The first minutes of the game went without a goal – CSKA was in no hurry to climb forward and did not allow Dynamo to do the same, but closer to the middle of the period began to increase pressure and, consequently, to carry out protracted attacks. Okulov spread the puck from behind the goal on Plotnikov, a great moment was for Nikita Nesterov, who fell on a piglet when Alexander Eremenko could not fix the puck, and played on the finish. A little later, he charged into the crossbar during the game in the majority. So far, this is the only component that the army is failing in this series, but it does not affect self-confidence in any way.

Somewhere it is even excessive self-confidence, but when you succeed, it is permissible. Here Popov’s unit drove the leading trio of “Dynamo” around the zone, but played a little and missed the counterattack – Lindberg was able to make a throw, but Ivan Fedotov clicks like seeds.

The local success of the white and blues could be called the fact that they did not allow the army to score in the first period – but you have to score yourself, and in the attack the hosts did not have a special constructive in the first 20 minutes. CSKA, as in the first two matches, opened the scoring – it happened in the fifth minute of the second period. Svetlakov was released from custody at the board and found a moment to pass to the empty space, and Sorkin left the puck to throw Provolnev. On the spot, Popov fought with Sergeyev, creating traffic, and possibly a ricochet, and Eremenko was forced to capitulate.

The missed puck forced Dynamo to act much more actively – and immediately there were moments, and most. Shipachev threw a throw at Lindberg, who rolled on the far post, later almost scored himself – before that Fedotov pulled the puck from the ribbon after throwing Galiev, and Vadim sent it to the gate, but with a skate.

But the pressure of the white and blues grew with each passing minute and eventually resulted in a natural goal. The winning throw-in, Boykov’s throw and Fisenko digging in the thick of things, from whose stick the puck went into the goal.

The army failed to give a quick answer to the missed goal, as in the last match.

In the third period, the game was very fun. “Dynamo” continued to bend its line, although the army periodically underwent dangerous attacks. But everything was decided by a ridiculous mistake. Eremenko came out of the goal to play the puck – he wanted to make a pass to Voinov, and it turned out – to Abramov, who immediately sent it to the piglet Semyon Pankratov, and he scored.

There is no reception against CSKA scrap. Today, Alexei Kudashov’s team played its best match in the series, had a game advantage for most of the third period, played, driving forward with strong support from fans, but it did not help. The Army is still undefeated in this playoffs and is already one step away from the Western Conference finals.