TASS, March 31. All semifinalists of the Gagarin Cup have been determined. Magnitogorsk “Metallurg” in the seventh match of the playoff series of the Continental Hockey League (KHL) defeated Omsk “Vanguard” with a score of 4-0 and in the next round will play with Chelyabinsk “Tractor”.

Avangard resigned as the current winner of the Gagarin Cup. Omsk had a great first two matches in Magnitogorsk against Metallurg (the matches ended with a score of 8: 1 and 7: 5). However, the opponent had a more even lineup, while Avangard had only Arseniy Hrytsiuk and Peter Tseglarik effective in the attack throughout the series. Just before the last match, Avangard defender Kirill Gotovets returned to action – without him, Omsk had a limited number of defenders.

The series between Avangard and Metallurg was the most productive in the history of the Gagarin Cup – the teams scored 51 goals. The previous record was set in the series “Tractor” – “Barys” in the first round of the playoffs of the season 2012/13 (47 goals). Metallurg repeated the record of Lokomotiv in the 2010/11 season in terms of performance in one playoff series, scoring 26 goals.

Defeat should lead to a restructuring of the “Vanguard”. Canadian Bob Hartley, who has led the team since 2018, and with whom Avangard won the Gagarin Cup last season and reached the KHL playoff finals in the 2018/19 season, where he lost to CSKA Moscow with a score of 0-0, may leave the club. 4. 14 players, including last season’s most valuable playoff player Sergei Tolchinsky and team captain Alexei Emelin, are running out of contracts and the club’s management has serious work to do in the market.

The series between Safavat Yulaev from Ufa and Traktor from Chelyabinsk was persistent. Ufa lost in the series with a score of 2-4, but should not have any claims, given that during the playoffs all foreigners left the team, except for Finnish head coach Tommy Lams: Finnish goalkeeper Juha Metsola, Danish defender Philipp Larsen, Finnish forwards Sakari Manninen, Temu Hartikainen, Marcus Granlund, and Canadian striker Jeff Platt, who has Belarusian citizenship and is not considered a foreign player in the KHL.

Leadership qualities were shown by such players of the Ufa team as world champion Viktor Tikhonov, well-known defender Grigory Panin, and forward Alexander Kadeikin, who was a member of the reserve players of the Russian national team at the Olympics, where he was never given a chance to play. Kadeikin scored for Traktor in the last two matches of the series, but still could not save his team from relegation.

In anticipation of an army confrontation 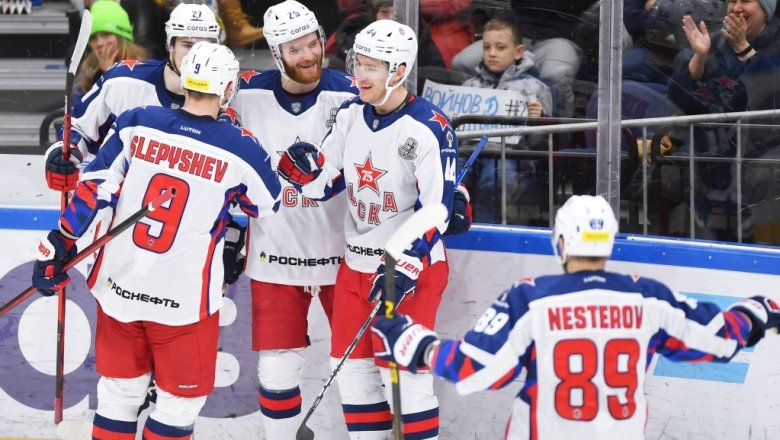 Moscow “Dynamo” for the first time in the KHL lost a series with a dry score. The team failed to solve problems in the game due to frequent removals (142 minutes of penalty for 11 playoff games) and poor goalkeeper play – Alexander Eremenko with 89.9% of shots is ranked 12th among club goalkeepers. playing in the playoffs. These problems were revealed to Dynamo in the first round of the playoffs – in the series with Novosibirsk “Severstal” white and blue had to play all seven matches.

With a more even lineup, CSKA inexorably led the first three matches to victory. The fourth game was the most interesting in the series: “Dynamo” in the first period scored three goals in a row, but lost 3: 6. Again, the discipline factor played a role: three goals, including the last two, CSKA scored in the majority.

The series between St. Petersburg’s SKA and Moscow’s Spartak (4-1) turned out to be more persistent. The rival of the red and whites in the first round of the playoffs, the Finnish “Jokerit” withdrew from the competition, so “Spartak” was able to use a two-month break without matches to analyze the opponent’s game, which affected the result of the first meeting (6: 1). SKA won the remaining matches with the same score (2: 1): the higher skill of the leaders of the army – Andrei Kuzmenko, Anton Burdasov and Nikita Gusev. The latter opened the scoring for his points in the series in the fourth match and threw the winning puck in the fifth game.

Red and white failed implementation. SKA, as well as the opponent, often acted on defense, as if modeling the upcoming game with CSKA in the next round.