“Metallurg” deservedly won, but the charisma of the “hawks” in this playoff will not be enough.

The second round of the Gagarin Cup was not as spectacular as one might expect. The four teams from the Western Conference played just one match more than the minimum.

Dynamo did not have the strength to resist CSKA – the “white and blue” did not hold even an advantage of three goals in the fourth game. “Spartak” fought well against SKA and even turned out to be better in the final goal difference, but after the big victory of the “red and whites” followed by four matches in which St. Petersburg methodically squeezed the “grassroots” victory 2: 1.

The east turned out to be more militant. “Tractor” did not immediately figure out how to score “Salavat” – this problem in Chelyabinsk stretched since the regular season, but in the end they solved it. And the real decoration of the stage was the confrontation between Avangard and Metallurg. With all due respect to the well-deserved victory of “Magnitka”, the reason for such fun lies in the “hawks”. More precisely, in their coach.

Without Hartley, the league will lose a lot, so the club from Omsk should do everything to keep the Canadian specialist.

Bob Hartley is a classic North American specialist. For centuries, they have been preparing for the playoffs for the entire championship. The main thing is to get there. Anything can happen next, in the NHL the eighth teams often take the first ones. In 2006, “Carolina” and “Edmonton” thus reached the final. So Hartley made Avangard a classic cup team.

This is evidenced by two finals in four seasons. One of which brought the first title since 2004. In the regular season, they also played well, but never chased the first places, content with the top 5. But even in not the most successful seasons, fans should not be ashamed of the game of “hawks” of the Balashikha period. In 2020, Ufa lost 2-4, now – two meat grinders, with “Ak Bars” and “Metallurg”. 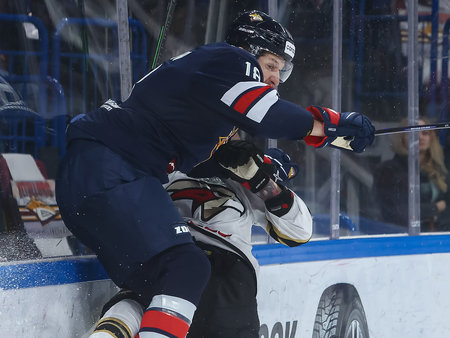 Unpredictability is a hallmark of hawks

But the main thing is that “Avangard” has a hockey holiday. The Hawks play by themselves and let others play. Now in Europe, the defensive style of the Finnish national team is gaining more and more weight. Viscous defense, heaviness, play to one or two goals. Not very spectacular, but effective. Even the St. Petersburg army periodically resorted to this technique – “Spartacus” will not lie.

The “hawks” have a completely different story. After conceding three goals in the decisive match, they play with an empty net in the middle of the third period. They can defeat an opponent, and in a day there will be no trace of their confidence. Just like Boston vs. St. Louis in the 2019 final – again to talk about the North American playoffs. You can also remember the seven-match final of the East last year – there the teams forgot how to win at home. Now, by the way, the story almost repeated itself.

In the first round, “Vanguard” played three times with “Ak Bars” in overtime, almost allowing the opponent to return with 0-3. And with “Magnitka” they smashed each other, releasing the most productive series in many years.

With 6: 2 in the middle of the second match (and after 8: 1 in the first) it seemed that Hartley was invincible. And then the team turned off until the sixth game. Then she turned on again. And then it turned off again. “In my entire coaching career, I have never met such a thing that two strong teams could not show their best game at the same time,” said the coach. Unusual, unpredictable, strange – this series can take a long time to choose epithets.

How did Sparrow beat Hartley?

By no means should you be mistaken that Hartley is the best KHL coach of all time. Ilya Vorobiev very deftly bit him. He taught the wards to meet the main young striker of the season Arseniy Gritsyuk – it did not always work out, but in the decisive game the prodigy still fell silent. “Metallurg” made Shimon Grubets nervous in the second match, where at first the Magnitogorsk team did not have anything at all.

The Vanguard had to relax, and puck flew into his goal. The Hawks won, but there was no sign of the Czech goalkeeper’s confidence – it came to the point that at the beginning of the fourth game he had to be replaced by Vasily Demchenko. Experienced Vasily Koshechkin, on the other hand, turned into a wall at the right time.

In addition, “Magnitka” took advantage of the lack of depth in the defense of “Vanguard”, caused by the absence of the Finns Ville Pokki and Oliver Kaski. Until now, Hartley’s team played reliably in their zone, but with each match it became harder. “Hawks” began to move less – then “Metallurgist” and pushed. 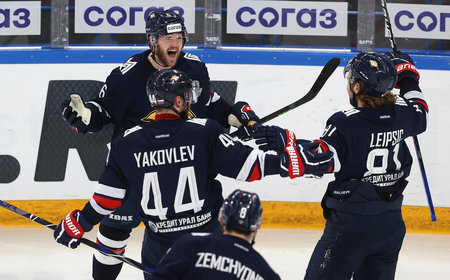 happy players of “Metallurg” in the match with “Avangard” / Photo: © KHL / Kuzmin Yuri

The coach must stay

But teams like Hartley are good at their unpredictability. It is interesting for the neutral spectator to watch them, more and more people are not indifferent to them, and the fans who have spent all their reserves of validol become even more attached. Yes, and kill in Magnitogorsk first any of the “hawks”, everything would have gone differently.

This “Vanguard” is capable of anything. He wins great victories and makes many mistakes. It will be very difficult to leave the coach for a while, like any foreign specialist. But it’s worth a try. Such teams are the decoration of the league, and it would be a shame to lose Bob Hartley’s Vanguard.