A super-veteran lights up in the KHL. At the age of 41, Popov drags CSKA and rushes to the next final 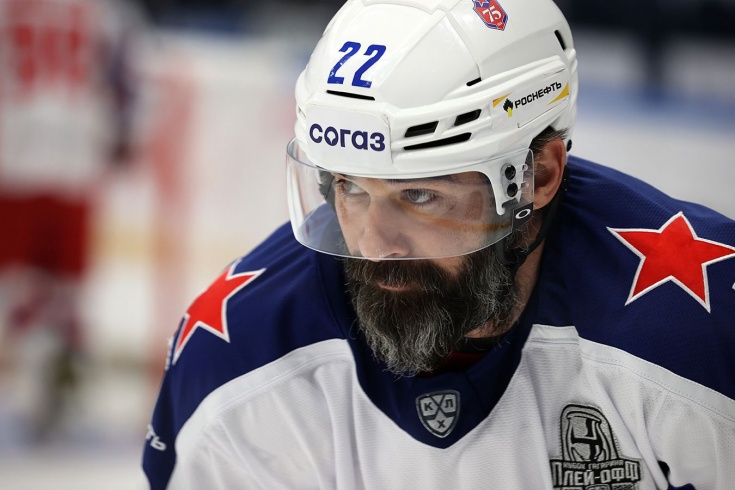 Avangard once broke up with him due to a conflict with the coach, who was also fired three weeks later.

Sleepy match SKA – CSKA in a tortoiseshell pace inevitably rolled into overtime – but three and a half minutes before the end of the victory CSKA brought a goal by Alexander Popov. The veteran from CSKA not only picked up the puck somewhere in the direction of the goal, but first qualitatively fought with Matt Robinson, and then closed on a penny. 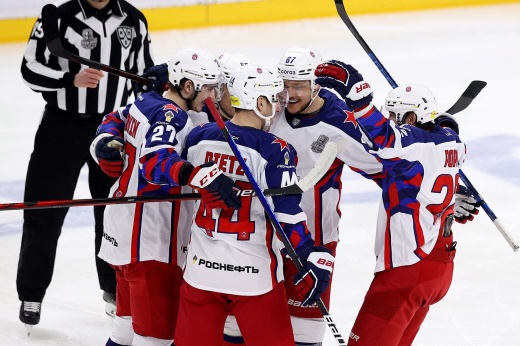 The CSKA car continues its incredible series! Will they ever lose at all?

Popov is not only the experience of championships, numerous playoffs and the best beard of the KHL. This is not the first time he has helped CSKA in the most necessary moments of the playoffs, deciding the outcome of matches due to their best qualities. It may sound loud, but the winning goal in the first away match in such a series may already be a key moment in the Western final.

Popov’s partner Maxim Sorkin, who is about twice as young as the veteran, explained: “I will not reveal what I learn from him, but I learn every game and training, he will always tell me. I think he has enthusiasm. Popov is running faster than me. “

Certainly, many Avangard fans’ story about Popov’s departure from the club still causes a gnashing of teeth, but let’s refresh our memory. The first rumors about the problems of the leader of the club with the coaching staff appeared during the 2015/2016 season. Then “Vanguard” was headed by Eugene Kornoukhov – from the KHL at the time once left foreign coaches, and the appointment of a coach from the MHL club was one of the first swallows of fashion for “young domestic professionals.”

At the same time, Kornoukhov had difficult relations with other leaders of the club – Sergei Shirokov left the club also allegedly because of the head coach, and Denis Parshin and Ilya Zubov, who were then one of the best players in the league, allegedly considered leaving the club. The wordless Kornoukhov did not give any clear comments at the press conferences, and the press service simply denied everything (and what she had to do). 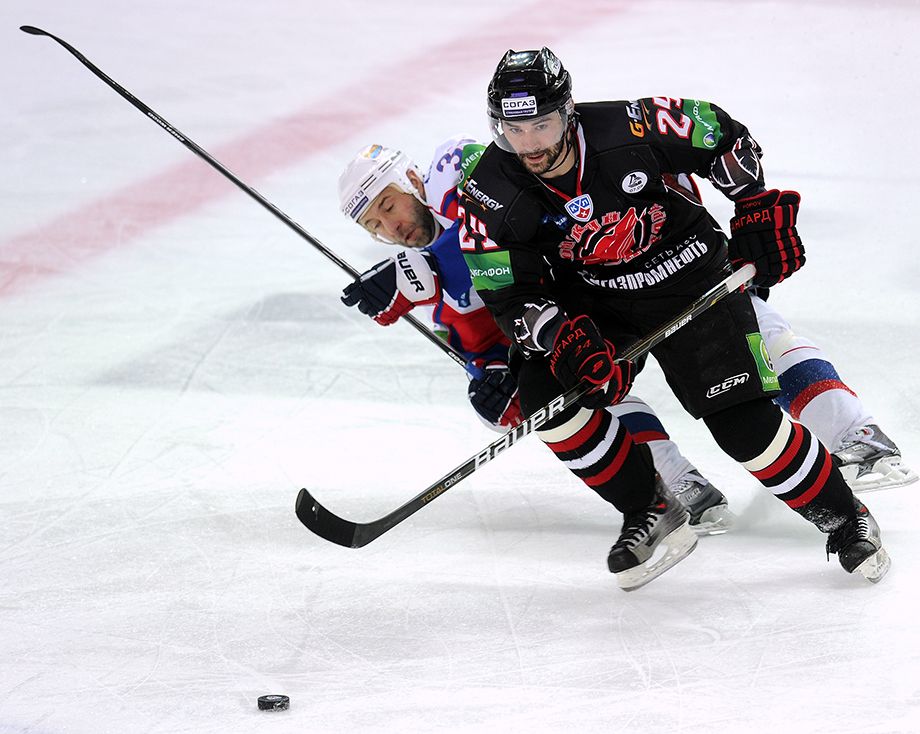 Although Popov played a little more than half of the matches, he still scored fewer points this season than the then relatively unknown Ilya Mikheev, who spent his first season in the KHL. In July 2016, he did not go to the training camp with the team and remained to work on an individual program. Two days later, the hockey player’s wife confirmed his departure from the team: “Sasha was forced to leave the team. So it seems, it’s time. For 17 years, no money and prospects could make him do it. “

Three weeks after Popov’s departure and two weeks after the Omsk governor’s words about the “credit of trust”, Kornoukhov was fired – the culprits were failures at the start of the preseason and a series of defeats to middle-aged Czech clubs. Fyodor Kanareikin was returned to big hockey in an emergency – however, the club’s president Vladimir Shalayev assured that Popov would not be useful to the new head coach. The veteran of “Avangard” left for CSKA, which was headed by Igor Nikitin a season later – with him Popov played in the championship – 2004. Although some believed that Popov is better to end his career in his native “Ermak” from the VHL, this cooperation continues for the sixth season.

Even when Popov left Avangard, Vladimir Shalayev said: “I am sure he will succeed. People like Popov will play up to the age of 40, or even up to 50! ” The player still maintains excellent physical shape – and this is one of the main secrets of the fact that he plays in the KHL and at 41 years old.

In an interview with the KHL website, Bogdan Kiselevich said: “CSKA’s fastest hockey player? Sanya Popov. This is an amazing player. Can beat anyone in a limited space. Accelerates – and flies away from rivals. Alexander did this to me once in training. If he circles his own like that, then what happens to other people’s players? ” 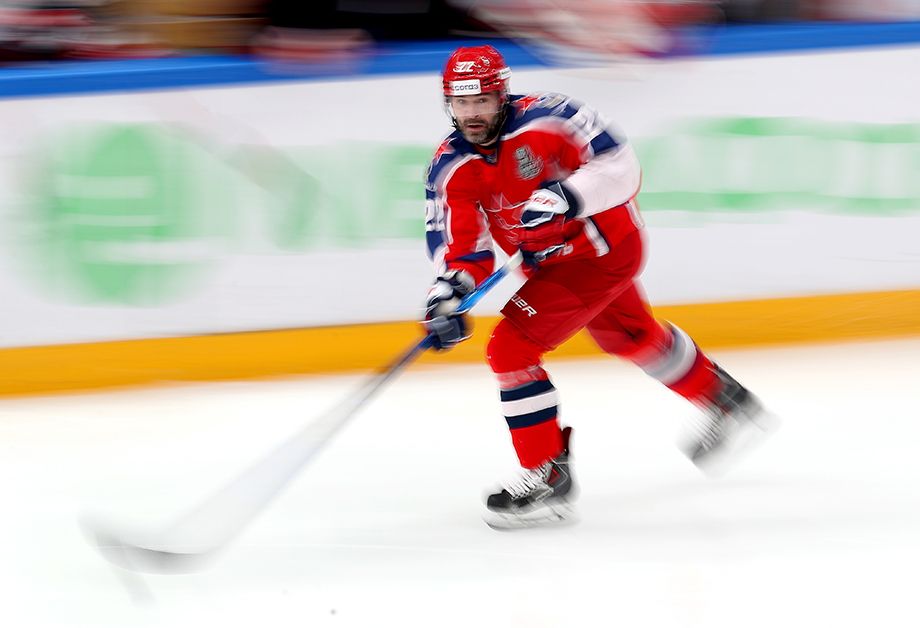 There is a comparison with Jaromir Jagr, but in the NHL there was another similar player – in the championship “Pittsburgh” played 40-year-old center Matt Cullen, who cemented the lower echelons of the “Penguins” confident game and excellent speed – in one of the memorable moments of the series with “Washington” in 2017, he once made Kevin Shattenkirk standing. Cullen’s physics fit perfectly into Pittsburgh’s high-speed game.

But Popov on hockey skills is still not a hard worker Cullen, who spent most of his career plowing in the third level. In addition to the speed and defensive skills that now allow him to play in the lower echelons next to the checkers, he still reads the game well and does not lose his technique. For example, in the third match of last year’s final, he made such a magnificent pass without looking.

If CSKA still breaks the resistance of SKA, then for Popov (including the Super League) it will be the eighth final of the championship. At the same time, his playing time is not reduced, holding steadily within 12-13 minutes, which is even higher than the usual player of the fourth three. No purely hockey reasons should prevent Popov from extending his career for at least another season – of course, if there are no injuries unknown to us. As we know, in the KHL veterans often finish playing in a much worse condition.