Games on physical media continue to work. Of the current consoles on the market, only three models that do not have a drive. These are Xbox One S All Digital, Xbox Series S and PlayStation 5 Digital Edition. With them, buying physical copies of games becomes meaningless. For other game consoles, including the Nintendo Switch, you can safely buy games on physical media. For Nintendo it will be cartridges, for others – optical discs.

Prices for games have increased significantly, but on the secondary market you can find many offers at an adequate price. However, with new games everything is much more complicated. Those new items that are sold at retail are very expensive, and some games will not appear in Russian stores.

Note that some physical game editions do not contain the media itself, but only the download code. In addition, PlayStation discs must match the platform (PS5 disc will not work on PS4, even if the game is released on both generations).

As for personal computers, for them this solution is of little use. Since the drive is now almost never used. But even if the disk drive is installed, there are still some problems:

It is important to understand that physical copies of PC games still need to be linked to one of the stores (usually Steam). That is, buying a disk version, you get an activation code, and you can not even use the disk. However, PC game discs can be a source of activation keys. As long as Steam services allow you to activate keys, you can use them.

If you can’t pay directly in the store, the method of buying an activation key on a third-party site may work. This is the easiest way, but it doesn’t work with all platforms. For example, on the PlayStation at the moment the ability to use codes does not work (and games in this way really did not spread, unlike the Xbox). 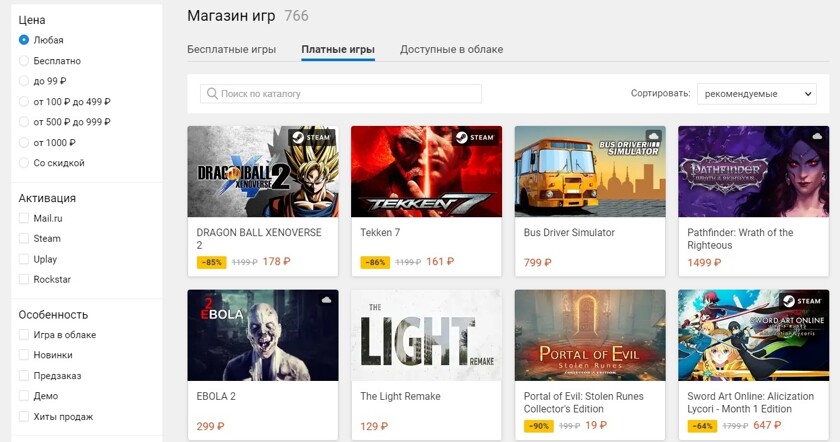 First of all, activating the keys will be useful for Steam users, as the keys for this store are officially sold on many Russian sites. For example, the keys can be purchased in the catalog games.mail.ru, but there are other stores: “Beech”, 1C, Gama-Gama, Steambuy and others.

It is worth mentioning the marketplaces such as Plati.ru, where the keys are sold by many different sellers. Here you need to pay attention to the number of reviews from the seller and his rating, so as not to run into scammers.

With Steam, you can still shop from your wallet. The problem is that it will not be possible to replenish it in the usual ways. Now this can be done through “MTS-Bank” (at the time of writing, the method is temporarily out of order) or intermediaries on marketplaces such as Plati.ru

Also, the method of replenishing the wallet via Qiwi is still working. You can use an existing account or create a new one.

Please note that the amount received through the conversion will be less than the original amount. That is, buying keys can be more profitable. You need to make money fast, and then you can spend it on games.

Purchase from the Epic Games Store

For PC users, there is an alternative like the Epic Games Store, which continues to accept payments by Russian cards. We managed to buy the game through SberPay without any problems. Free hands can also be picked up. 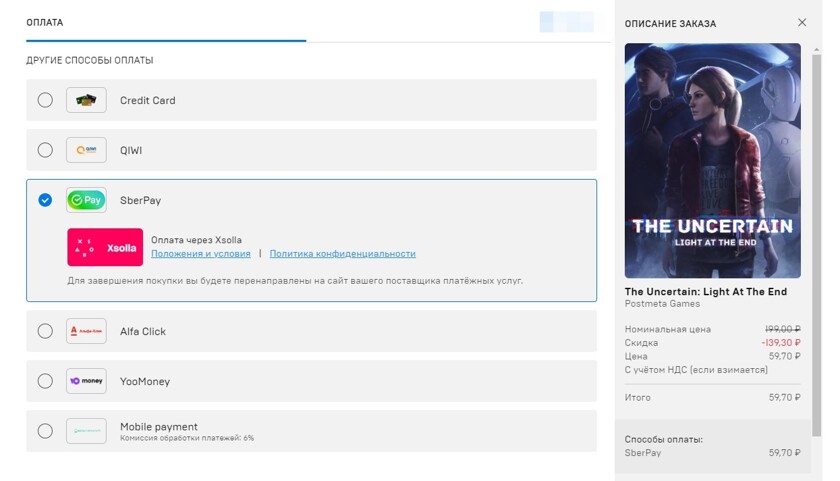 However, not everything is so smooth. Of course, there is nothing in the catalog to expect from publishers who have stopped selling games in Russia. And the Russians can no longer shop at Fortnite.

Users of consoles and personal computers can share games with each other. For example, on PlayStation you can “share” your library for a friend and vice versa – through the option “Console sharing and offline play”. We wrote more about this in the article “7 legal ways to save on video games”.

What to do for PlayStation owners

Sony has completely suspended the supply of games and devices to Russia. The PlayStation Store doesn’t really work. Users can not buy or even add free games to the account, and for previously placed orders the company returns money to the internal wallet (according to some users, since March 29 earned payment from the wallet, but there were no official statements from the company). Key activation is also not available. 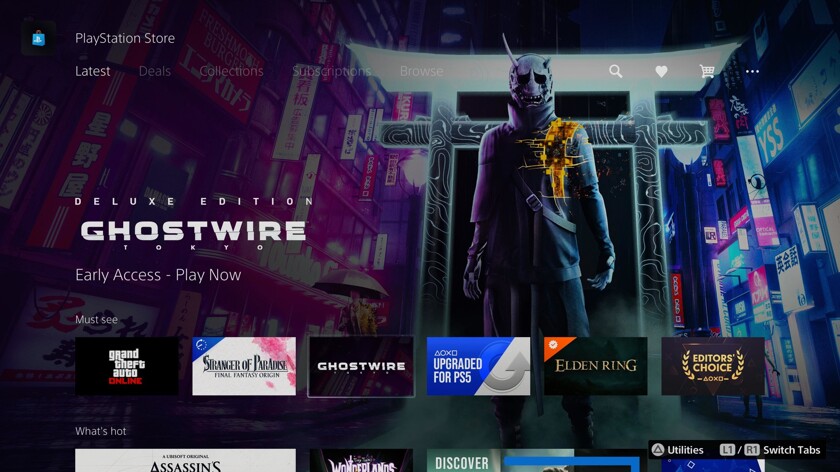 For PS4, PS4 Pro and PS5 owners, there is a way out – buying physical copies. But the owners of PS5 Digital Edition were in a difficult situation. There is only one option available to them – to create a foreign account and buy games through it. However, you will need to replenish your wallet with cards with a fixed amount (and the country for which the account is registered), which can be purchased from intermediaries or through friends living abroad. The disadvantages include overpayment to the intermediary, as well as the risk of running into fraudsters. In any case, a foreign account will allow you to at least download free versions of games.

What to do for Xbox owners

For owners of consoles from Microsoft, the same methods remain as in the case of PlayStation, but the situation is generally a little better (at least for now). Yes, the Game Pass subscription continues to work, which means that many games will be available to users. You can extend it through activation codes, which will have to buy from resellers on Plati.ru.

You can also purchase codes to activate games. Unlike the PlayStation, the system still accepts codes. Codes for other countries can be activated via a VPN with the appropriate region at the link.

What to do for Nintendo Switch owners

The eShop is down. The company’s website states that the store has been put into maintenance mode due to the inability to accept payments. Purchased games (and even games that have been archived) are available for download. Games that have been deleted cannot be reloaded. 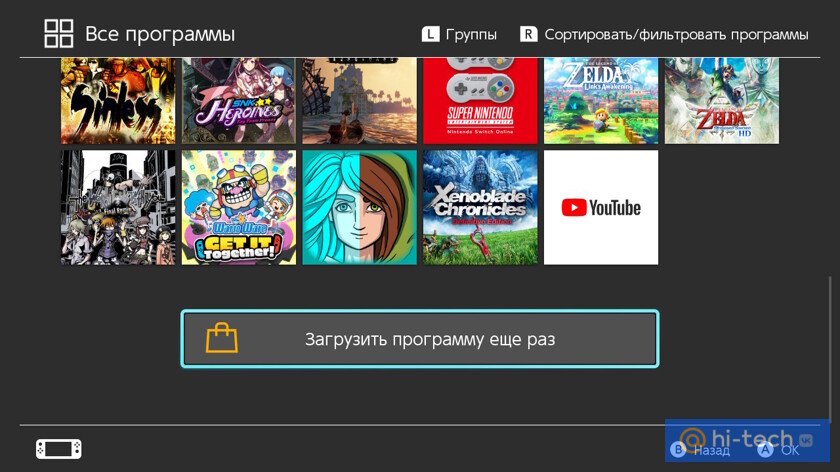 To download remote games, you need to go to eShop, which is currently unavailable

To continue using them, you need to change the region of the account through the official website. You can, for example, choose the countries of the European Union or the United States. Also, with changes in the region, you will be able to buy games. To do this, you need to replenish your wallet with payment cards (the country to which the account is transferred). If you have an active Nintendo Switch Online membership renewal, you may have trouble moving to another region. In this case, you need to write to the support service.

When buying payment cards on questionable resources, you can run into fraudsters or buy stolen cards and get a ban on the account. It is also important to keep in mind that if there is money left on the balance sheet, it will not be possible to change the region back. It may be best to have a separate account for your purchases. Also, because all Nintendo Switch consoles have a cartridge slot, you can continue to buy physical copies.