Olympic champion, Russian skier Veronika Stepanova in a column specifically for “Match TV” spoke about her attitude to Dmitry Guberniev and the role of television in modern sports.

Olympic champion, Russian skier Veronika Stepanova in a column specifically for “Match TV” spoke about her attitude to Dmitry Guberniev and the role of television in modern sports.

– Dmitry Guberniev has a habit of commenting on the actions of famous athletes. Sometimes I fall into this category. Today we will “turn the tables” and I will comment on the life & actions of Dmitry Guberniev. Let’s talk about the role of television in general.

Dmitry is our Russian answer to Joe Rogan. Both are bright, controversial and popular. It is obvious to me that in the business called media, the latter is the most important. Who does not like it, can safely pull the plug out of the socket or go to complain to some online forum.

Joe Rogan is amazing in his choice of guests and topics, but listening to a podcast lasting one and a half to two hours is difficult, though useful. Dmitry has a different format, more dynamics, energy.

Both are absolute pioneers in their field. Joe has worked in both stand-up comedy and sports commentator, and now his show “simply and modestly” is the best news source in the United States. Think about it – more people watch and listen to it than CNN, Fox News and other news channels combined! This is the future of the media, which has come today.

Dmitry, as far as I know, has never worked in the standup, but the combination of a knowledgeable sports commentator and a skilled showman is very powerful. Yes, it is from him that I learn to insert great quotes in my posts.

In skiing, whoever came to the finish line first is the champion. It doesn’t matter if you are a kilometer away or jump out from behind your opponent at the last second. The same goes for the media. If Guberniev is watched by the most viewers, he has the most subscribers on social networks, then he is the champion in his field.

It is very difficult to work with him – and athletes work with television journalists. On the air, he is a tough professional, as far as I can understand, just an “American school”. There is loud, there is pressure, there is pulling the blanket to his side.

I’ve only been to one of his shows so far and got out of there, angry at myself, because my “homework” didn’t work, he skillfully and quite harshly took the conversation to the plane he needed. And that’s ok, that’s a great lesson for me. Next time I will try to take into account his tactics and intercept the conversation, saying why she came. 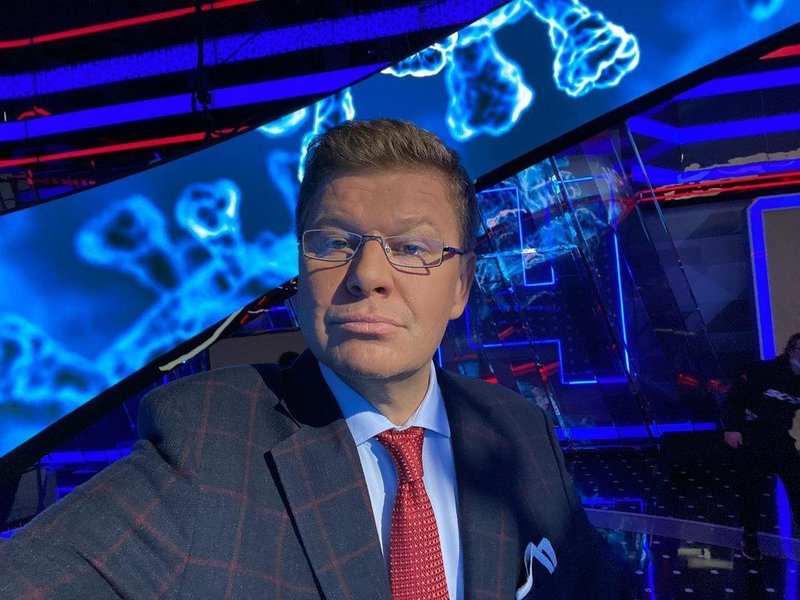 I never forget that it is television that pays for our competitions, at least international ones. More than three-quarters of the International Olympic Committee’s budget is made up of television money, for example. The struggle for television ratings is also our struggle. It’s great that the correspondents and hosts of the “Match” are constantly coming up with new formats in and around the programs that work on the ratings! Yes, it’s entertainment, but it’s perfectly normal.

What I regret last season is that I failed to compete with Alexander Legkov in the run uphill in the “Match TV” story. Petter Northug came to film me for Norwegian TV2, but somehow it didn’t work out with Legkov. I hope it will happen next season. But in an interview in the style of the 1970s, I do not really want to participate. It seems to me that my target audience will not watch this.

I think that the future of sports television is just around sports and entertainment programs. And it does not interfere at all. Every year, Teresa Johaug participated in the most popular such program, Landskampen, where she shoots a couple of weeks a year, even in remote places. I’m waiting for something similar to come to us. I think my generation will watch such a show, and I’m not sure about the harsh skiers running in the distant forests. Although every sport has its audience, traditionalists also need to be respected. My job is to bring maximum emotions and attract attention. For my first adult season, I did relatively well.