In the lives of adults, a lot of things end up with money.

In the lives of adults, a lot of things end up with money.

Margarita Vasilieva did not take part in the Russian biathlon championship, which ended on Sunday in Tyumen. The last start of the athlete in the Olympic season was the “Izhevsk Rifle”, and in principle, the absence of Margarita, who still ran the World Roller Skating Championships in Novo Mesto in the summer, could be understood at further starts. She did not qualify for the KM, the IBU Cup and even more so for the Olympics in Beijing, and running domestic starts, the same stages of the National Cup in Ufa, Izhevsk and Uvat, was a bit pointless, it is better to properly prepare for the Czech Republic. But in Tyumen, the athlete was not in any of the starting protocols.

We contacted Margarita and found out what was going on.

– Since December, no start, information has passed that you have finished your career, is that true?

– Yes, in February I wrote a letter of resignation in my Krasnoyarsk Territory.

– We didn’t even finish the season, in the middle of winter, why?

– In December, we ran the “Izhevsk Rifle”, and I realized that I no longer stretch my life financially and my son’s life, there was a turning point. For the whole of January I received nine thousand rubles. I don’t know what it was, an advance, a salary, I don’t understand. In December, they paid a small part for January and the rest is already here, in January. I realized that I would not take it all away – not to be home for three months, to come home for five days maximum and receive a salary of 27 thousand a month. I realized that it was not worth it.

– Yes. Only this forced him to end his career. The last point was these nine thousand in January, because I had to somehow make ends meet by February.

– Since I was disqualified, without results, in the summer I was put on a minimum rate, without allowances. There was an idea that I would go to the summer World Cup and something would change, but no, the salary remained the same. I pulled to the last, knowing that Shashilov gives a chance to qualify for the World Cups, that I, Kristina Reztsova and Tamara Derbusheva were admitted to the selection. She was patient, telling herself that everything was ahead, everything would be fine. 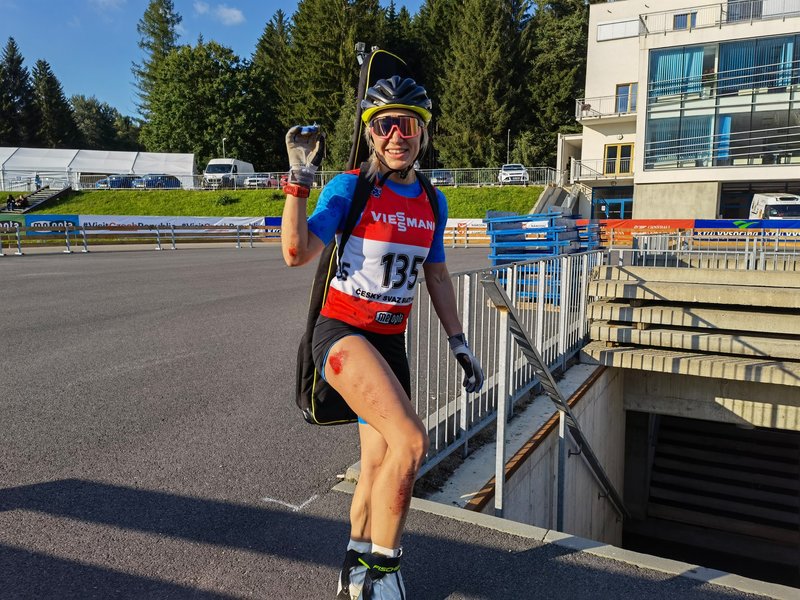 – But the selection did not work out.

– I showed good speed there, but bad shooting. During the break in my career, I lost a lot of shooting. I told myself that everything was fine, that the Izhevsk Rifle was ahead and there would be another chance. But before “Izhevka” I got sick and there, too, performed unimportantly. And I realized that with such a salary, January will not stand. There is nothing to live on, and so everything is in debt, in loans. I have a son and a responsibility for him.

– I know that before the selection in Tyumen you had a weapon without a weapon. How did this happen?

– Yes, we went to the ride without weapons. Apparently, they thought that the move would be tightened for me, and I would fire at my usual level. The move was tightened, but the shooting, of course, is gone, you also need to work on it constantly.

– When you were told that rifles were not taken in, what did you think you did?

– There was nothing I could do, because the whole team is going, my coach is going and everyone is going without weapons. I was told that after the drive-in, my coach and I would go to Tyumen and get there in terms of shooting. Apparently, this gathering, the roll-in, which took place in Ergaki, was planned in advance, laid. It was impossible to change anything, to send me somewhere alone, to tear the coach away from the team.

– Did the law not allow you to bring weapons for training?

– Yes, there is no weapons room, nowhere to store a rifle. 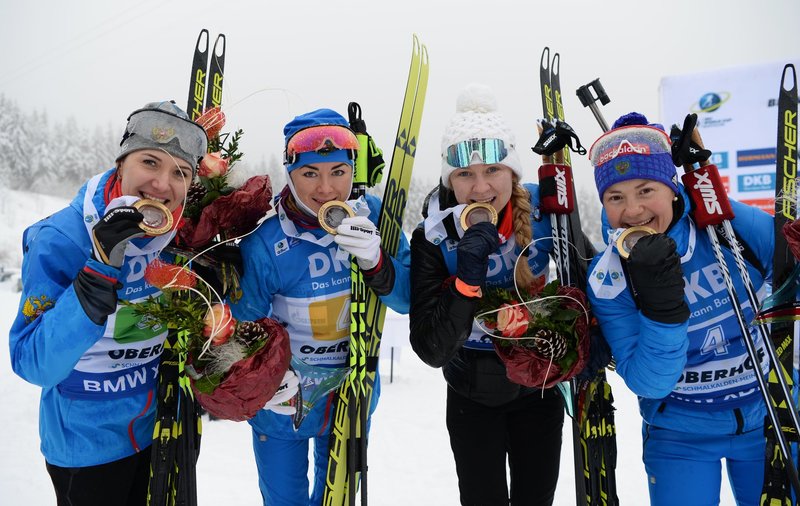 – And here is January, no money, what’s next?

– I called in Sochi, in a school where ordinary people are taught to ski, she is on the “Laura”. They said there were no problems, and I went there to earn money.

– There, I suppose, the salary is not 27 thousand?

“Much higher.” In a week it turns out more, than in Krasnoyarsk paid a month.

– And again work on the road, as you rarely saw your son in biathlon, and now?

– Yes, that’s right. But there is an opportunity to sell an apartment in Krasnoyarsk and move to Sochi, why not?

– Do you already have such thoughts?

– Yes, because this school continues to work in the summer, and it will be easy to continue working there.

“Is your son ready to move?”

– I have just told him that if he finishes the school year well, we will move to Sochi for the summer. Of course, he was happy.

– Great. Much more comfortable. You no longer turn yourself inside out, you have fun, you create a holiday for people, you are fine, so are they. During my career, I always tried to tell all the girls about the technique, I saw all the mistakes. The coaches scolded me for it, and I ran up and said: “the knee is wrong” or “fix the hand” and so on. The coach, if she saw it, said: “Vasilieva, I’ll kick you out now!” And now I was given the opportunity to do it with anyone, from beginner to serious amateur. I really like it.

– You say that the reason for ending your career was only a financial issue. Tired of biathlon, it turns out, no?

– No, of course. I have not even written a notice to RUSADA about the end of my sports career, they came to Sochi to check on me, and by that time I had been resigning in Krasnoyarsk for two months.

– And if after this interview you will get a call from a region and offer to continue your career for them on the financial terms that you consider normal?

– Of course, you can consider such options. Why not? Now Katya Yurlova has returned to the Czech Republic, and I am insanely happy for her to see her results after the break. Everything is possible, depending on what is offered, if such an offer is received.