We are talking about three new thrillers from the still outstanding British television: about a cynical policeman played by Martin Freeman, about the nearby robbers from the 80’s, about a spy in the service of Her Majesty.

A British policeman with deep bags under his eyes works a night shift; Martin Freeman plays this role with an even more reluctant look than usual. At work, the policeman engages in petty mischief (eats the dinner of the deceased lady, steals drugs from gopniks), meets with family only for breakfast (this is not in favor of a happy marriage), after a nap he visits a corporate psychotherapist (not in vain). The plot begins to twist when an inexperienced partner is attached to the hero, and a local baryga (a childhood friend of a police officer played by Ian “Professor Quirrell” Hart with sinister curls) loses a large consignment of cocaine. The cynical protagonist awakens unexpected paternal feelings for both the drug lover and the green partner – it is much harder to continue working with them, especially when the grip of real danger to life and health begins to narrow around everyone without exception.

The British police thriller “Night Challenges” is not an ordinary genre thing, which is elevated above the competitors by the participation of Martin Freeman (frankly, on the BBC cop series are as numerous as on our NTV), but first-class spectacle, all components of which are equal to the talent of this artist. Debut playwright Tony Schumacher is a former Liverpool police officer himself, and he manages not only to saturate what is happening with a scattering of lived details that you can’t come up with on purpose, but also turns out to be a master at the right moments. psychological realism and adrenaline suspense. The directors (among them the author of one of last year’s best films, Philip Barantini) are not limited to the standard formal business style typical of the BBC, but also involve surprisingly many cinematic delights: long unbroken plans, picturesque noir lighting, drone-goose goosebumps.

The main treasure of the series – after all, Martin Freeman. This is perhaps his most multifaceted role, combining uncharacteristic aggression, walking on the verge of failure (a feeling as if the role was written under the great Stephen Graham) and tenderness, sensitivity in the image of a man traumatized and exhausted by his profession.

London, 80’s, the last days of disco. Four losers (podkabluchnik, glasses, six and ambal) plot to rob a warehouse where one of them works. Coincidentally, that day there was almost a ton of gold in the warehouse, which, of course, brings more misery than happiness to the grief-stricken bandits. However, no supernatural “curse”, which seems to spoil the title of the series, should not be expected. The heroes have more than enough of their own talents for epic failures and stupid miscalculations.

The Curse is the result of a collaboration between two unrelated groups of prominent figures in modern British comedy. Artist Tom Davis (who plays a nearby ambal with a fantastically deep voice) and director James De Frond (scrupulously collecting homage to Scorsese) have previously made the genre parodies “Murder in Saxe-Coburg” and “Action Team.” The trio, consisting of Allan Mustafa, Hugo Chegwin and Steve Stamp, created a hip-hop sitcom (or, more precisely, a grime sitcom) “People do nothing.” And here again they demonstrate the chemistry developed in five seasons and a full meter, competing in male inferiority and self-doubt.

But, to put it mildly, the Curse is much less than the sum of its components. Here not enough idiocy to be a funny-voiced comedy: in the average gangster film Scorsese absurd machismo per minute of screen time is many times more. At the same time, stylization is too often reduced to the most banal clichés of the genre and era to seriously compete with authentic thrillers and dramas. A couple of years ago, the White Gold sitcom did something similar, but everything was justified by a witty move, which consisted in the fact that Scorsese’s musical-criminal style of storytelling was superimposed on the plot of the sellers of banal double-glazed windows. The heroes of “The Curse” are at first comically shy and trapped in a confrontation with the brutal world of crime, but eventually begin to look like a chase, a base and a quarrel. And at that very moment, this spectacle becomes deadly boring and unbearably meaningless.

A British corporal (Joe Cole of the London Gang in stylish glasses) smuggles in the West Berlin service until he is caught red-handed. The corporal spends the next few months in prison in his homeland, until an intelligence major investigating the disappearance of a nuclear scientist needs his help. The Soviet trail points to a Pole with whom the corporal messed up in Berlin, so the hero is released on condition of working in Her Majesty’s service (but not in MI-5 or MI-6, but in a fictitious secret department). Working with a beautiful partner, the corporal demonstrates a dozen talents and generally looks at the new job as a cast – it feels like his adventures in fact about the missing nuclear scientist will not end.

The spy movie franchise about Harry Palmer was launched in the 1960s as a direct competitor to Agent 007 – only more realistic, more dramatic. Michael Kane played Palmer in five films (last time in 1996), but now Joe Cole has taken over the reins – in fact, the closest modern analogue of Kane from among British artists. Cole also perfectly combines gopnic distance and gentlemanship and is generally pleasing to the eye. Despite the fact that the new “Ipcress Dossier” is a series, everything was shot at the level of an expensive film: there are picturesque exotic locations, and impressive historical reconstructions, and regular skirmishes. Another thing is that the function of even such a decent film in today’s pop culture is not entirely clear.

The iteration of James Bond with Daniel Craig was already extremely dramatic and realistic (by the standards of the spy thriller genre), and the young Joe Cole, pouring bold phrases, does not attract a more solid competitor. At the same time, it quickly becomes clear that under the auspices of the struggle for seriousness, the creators threw out the most interesting things from the series: historical melodrama, international action and conspiratorial thriller look tenacious when they are not diluted by alternating girls, fantasy devices and camp villains. The fact that all notions of the style of director James Watkins (“McMafia”) comes down to striving to break records for quantity personnel 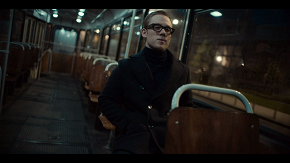 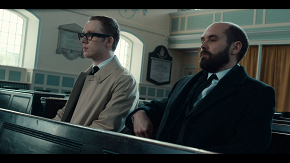 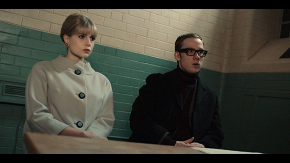 does not improve the situation.

Nowadays, on the contrary, the genre of spy thriller would not be hindered by the most camp, absurd work. And this niche, in contrast to Bond, was successfully occupied by Matthew Vaughn, whose “Kingsmen” (including or, more accurately, especially the recent prequel) – the perfect antidote to the stuffy Bond. While the Ipcress Dossier is just that generic analogue of the same poison.

Details on the topic

New series: “It will hurt”, the finale of “Killing Eve”, the 2nd season of Nordic noir “Pass”

New series: “It will hurt”, the finale of “Killing Eve”, the 2nd season of Nordic noir “Pass”