“Confused everything in the world!” Did Dynamo pull out the referees in the match against Krasnodar? 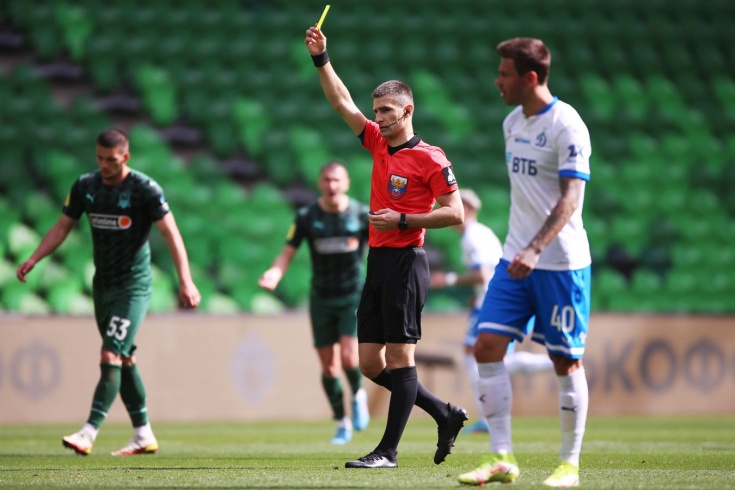 Our expert Igor Fedotov analyzed the most controversial episode of the match “Krasnodar” – “Dynamo”.

The match between Krasnodar and Dynamo, in contrast to the Lokomotiv-Spartak derby, took place in comfortable weather conditions. From the first minutes the tone of the game began to set the midfielder of the hosts Nikita Krivtsov. In the ninth minute of the meeting, the “bulls” player received a yellow card for disrupting a promising counterattack “Dynamo”, and a few moments later broke the rules again – played roughly against the opponent, putting his foot. I. o. Krasnodar head coach Alexander Storozhuk did not take any risks and in the 29th minute removed Krivtsov from the game, releasing Yuri Gazinsky instead.

Referee Igor Fedotov explained why the “bulls” midfielder was not removed, especially for the “Championship”:

By the end of the first half, Alexei Sukhoi handed out four more “mustards” – Fabian Balbuena, Sergei Borodin, Alexander Chernikov and Alexander Martynovich. And the main moment of the first 45 minutes of the game happened in added time – Fyodor Smolov fell on the lawn, and the referee awarded a free kick in favor of the white and blue. A few minutes later, the decision was changed – VAR told the chief that the violation occurred inside the penalty area. The 11-meter was awarded in a rather controversial episode, because it is difficult to determine which phase of the fight took place in the penalty area, and which – outside it.

The rights to the video belong to the National Sports TV Channel LLC. You can watch the video in the telegram channel “Match Premier”.

Daniil Fomin converted a penalty, scoring powerfully in the top nine, but the fans did not understand why the referee made such a decision. “I did not see exactly where he grabbed me by the T-shirt. But the violation was obvious. The judges understood, set penalties – so there was a penalty. It’s good that we managed to score, “Fyodor Smolov commented on the foul. 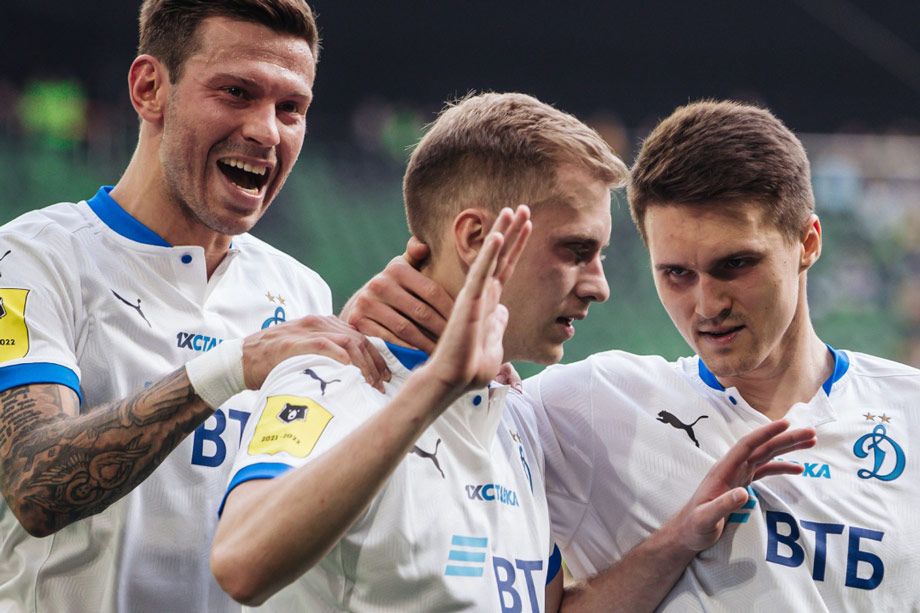 Referee Igor Fedotov did not ignore the controversial episode and analyzed it specifically for the “Championship”: 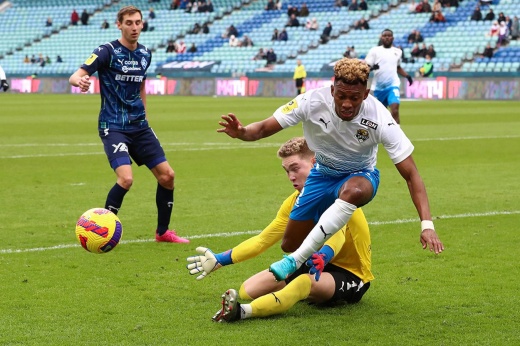 “Lyubimov cannot be admitted to the RPL. But he is being lobbied. ” Judging analysis in the 22nd round

Here is a free kick at the end of the action, when the players went beyond the penalty area.

The final delay of the Dynamo player occurred behind the penalty spot. Why then Chernikov was not shown the second yellow card for unsportsmanlike conduct? This is Lyubimov’s mistake. VAR judges do not call referees to watch this episode. Lyubimov is an unprofessional arbitrator, more precisely, not an arbitrator at all.

Sukhoi was not invited to watch the episode, a free kick was awarded near the penalty area. Judges do what they want. They were told to jump from the 10th floor: yes, well, they flew. Although according to the VAR protocol, Sukhoi could initiate the viewing, say that he wants to see the episode. It’s all impunity – no generals.

Igor Fyodotov also commented on the fall of Alexei Ionov in added time to the match: