After a snowy derby in Cherkizovo, “Spartak” drove itself into a difficult situation. Seven rounds before the end of the RPL draw, the team is only six points away from the relegation zone. Given the difficult schedule of the rest of the season, the Muscovites risk setting a club anti-record for the number of points scored. Let us recall whether there were more failed periods in the recent history of the Red and Whites.


“Spartak” is closer to the relegation zone than to the European Cups! Vanoli lost another derby

In the memory of “Spartak” fans are still fresh emotions from the 2019/20120 season. It began with the scandalous departure of midfielder Denis Glushakov, continued with the resignation of the coach. Fans ruthlessly criticized Oleg Kononov and could not forgive the management of the dismissal club Massimo Carrera, with whom the championship was taken in the 2016/2017 season.

The resignation of the head coach did not surprise even the newcomers of the club. Czech midfielder Alex Kral later said: “Of course, I imagined the beginning of my career at Spartak differently. Like any footballer, I want to win. After the defeat of “Orenburg”, our coach was fired. Given the unsatisfactory results, it was only a matter of time. “ 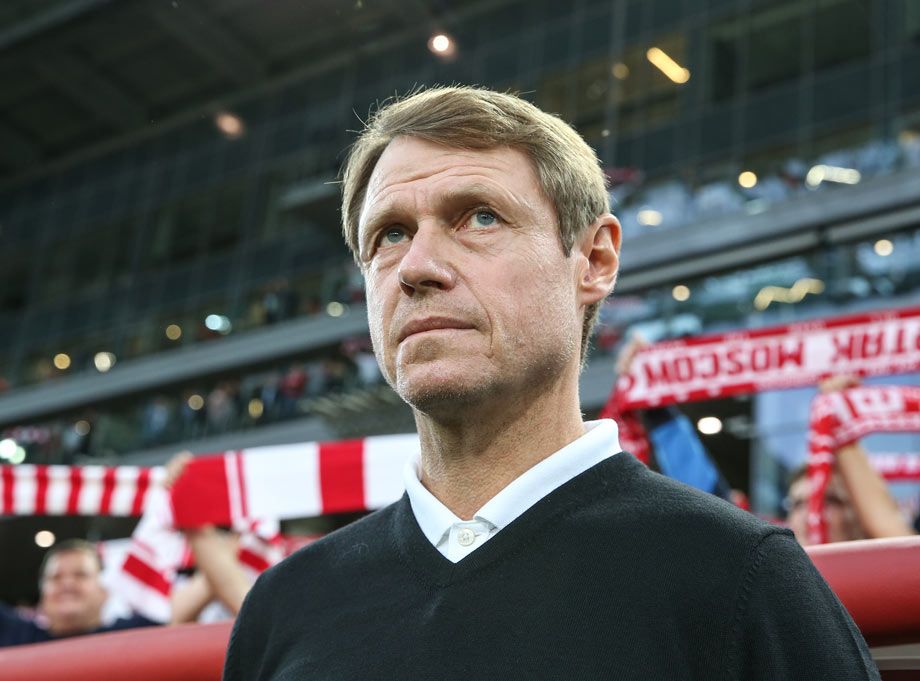 The arrival of Domenico Tedesco helped to slightly correct the deplorable situation (at that time the team was in 12th place). After the 23rd round and the victory over Tula’s “Arsenal”, “Spartak” was seventh, with 31 points. However, then followed a series of five matches without victories, which finally killed the hopes of the red and whites for the European Cups. “Spartak” finished in seventh place (39 points). In the semifinals of the Russian Cup, the Muscovites lost to Zenit (1: 2). 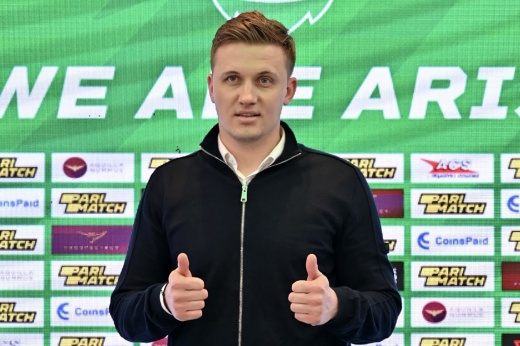 2008 is a year of complete disappointments for Spartak fans. Here and a crushing defeat by CSKA with a score of 1: 5, and the infamous relegation from the Champions League qualifiers from Kiev “Dynamo”, and endless coaching changes – in one season the team steered three: Stanislav Cherchesov, Igor Ledyahov and Mikael Laudrup. There was also an ugly story with the removal of key players – Yegor Titov, Maxim Kalinichenko and Mozart. 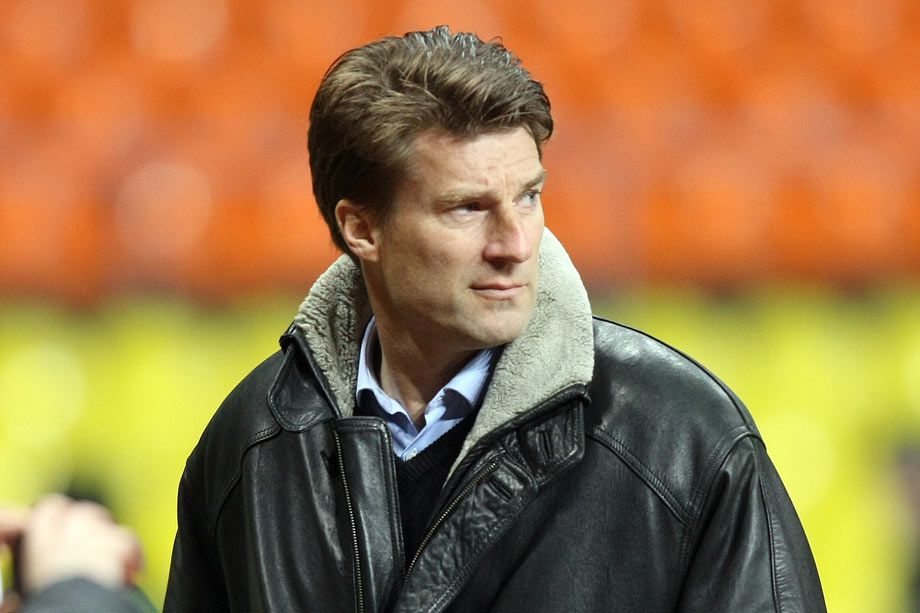 By the 23rd round, the team was in fifth place with 36 points. But in the remaining seven matches, the red and whites managed to win only two. “Spartak” finished the season in eighth place, scoring 44 points. The general impression of the failed season was a little brightened by the success of the derby. In the 27th round in “Luzhniki” the red and whites interrupted the seven-year (!) Series without victories over CSKA. 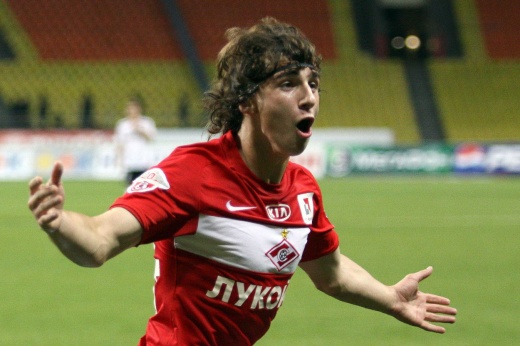 He was the best young player in Russia, and now no one needs him in the RPL. Where did Yakovlev go?

2004 turned out to be extremely ambiguous for Spartak. The first season after a large-scale adjustment began for the team badly. There was a time when her losing streak reached six matches. But the management decided to remove Nevio Skala only by September. The Italian was replaced by Alexander Starkov, who corrected the situation.

In the 23rd round, the team met with Rubin and, winning 2-0, came in eighth place with 31 points. Once again, the last seven rounds followed a similar scenario. Five games without victories left “Spartak” in eighth place (40 total points). 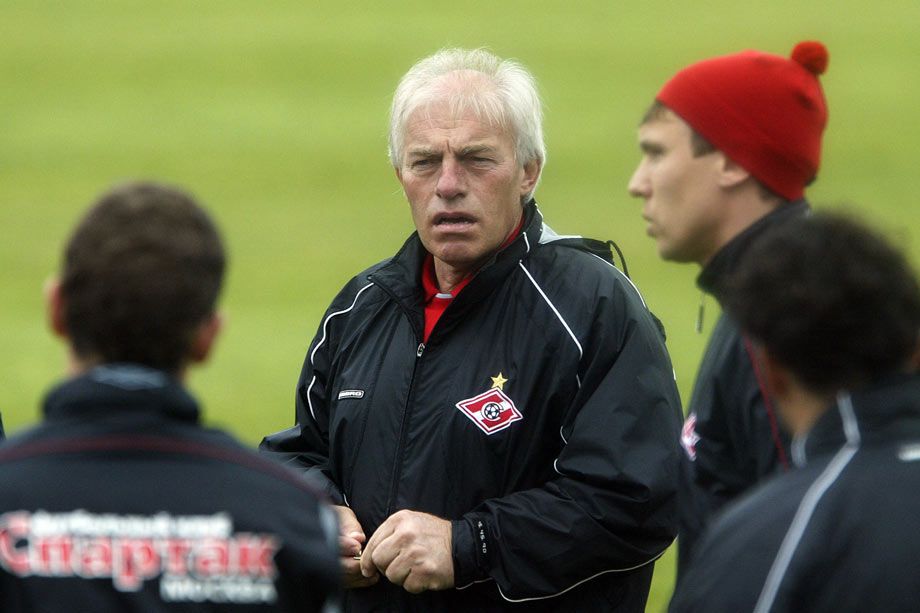 Until now, 2003 remains the most failed year in the recent, post-Soviet history of Spartak. The era of Oleg Romantsev, with whom the Red and Whites took the championship in the 90s, was coming to an end. Legionnaires of dubious quality were brought to the club in crowds, who were hardly remembered by the fans. Few people now remember such characters as de Pinho, Diaz, Gin, Trobok, Shafar, Hrman, Stanic or Kink.

Andrei Chervichenko still considers his decision to dismiss Romantsev to be correct: “Did Oleg Ivanovich win anything after leaving Spartak? Or showed a good job somewhere? So I was right. He did not go anywhere with any of his teams, and I took Khimki from the first division and brought it to the final of the Russian Cup. “

Andrei Romantsev, not Oleg Romantsev, took the team to the match of the 23rd round with Shinnik. After a 2-1 victory, Spartak took 11th place in the table. But even then he had one point more (28) than now. And from the 15th position the team was separated by eight points (today – six). Another coaching change took place at the finish line. With Vladimir Fedotov, “Spartak” scored eight points in seven rounds and finished the draw in 10th place (the worst result of the club in the history of RPL). 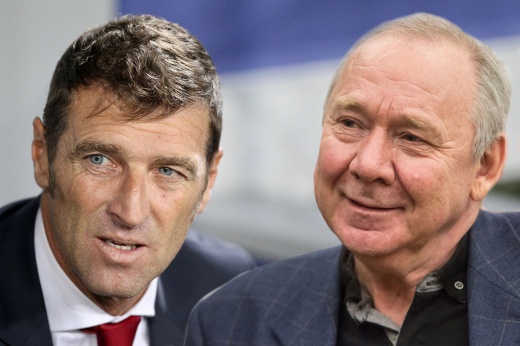 Former Spartak coaches. Where are they now

The modern “Spartak” has seven more rounds to avoid the anti-record. At the finish line RPL team will play with Tula “Arsenal”, “Ruby”, “Rostov”, “Wings of the Soviets”, “Ural”, “Zenith” and “Khimki”, as well as with CSKA in the quarterfinals of the Russian Cup.