How Spartak will replace Ayrton in the derby and at the end of the season. There are three options 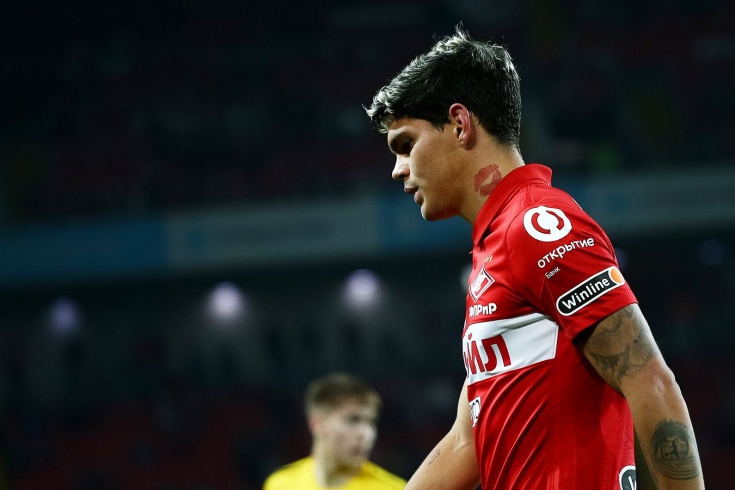 Vanoli was left without an important player. What will be the left flank in the match with Lokomotiv?

Spartak lost its first legionnaire after FIFA allowed foreign players to suspend contracts with RPL clubs. Ayrton has left for his homeland – Flamengo has hired a defender until the end of 2022 with the right of redemption. Now the red and white head coach Paolo Vanoli has to figure out how to replace the left-back in the derby with Lokomotiv and in general at the end of the season. 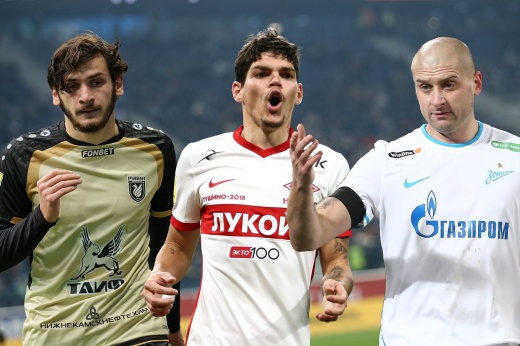 From the departed legionnaires of RPL it is possible to collect top structure! Such a team would fight for gold

Ayrton will be remembered by Russian fans. He played for Spartak for three years and was probably one of the best left-back RPL defenders after Douglas Santos. He played 108 matches for the red and whites, in which he scored four goals and made 11 assists. The trophies, however, did not win, and the farewell to our league turned out to be unhappy for the 24-year-old legionnaire. In the last round of the championship Ayrton injured defender of “Nizhny Novgorod” Kirill Gotsuk – the Brazilian was replaced during the break. This foul was discussed by the whole of football Russia. Maybe Gotsuk deserved to be removed. Or maybe not, if you wonder where the “Nizhny Novgorod” could put his foot, putting it on the ground and moving on inertia after playing ball. It’s a pity Ayrton anyway. He was out for about a month due to a contusion of the shin bones and muscles. 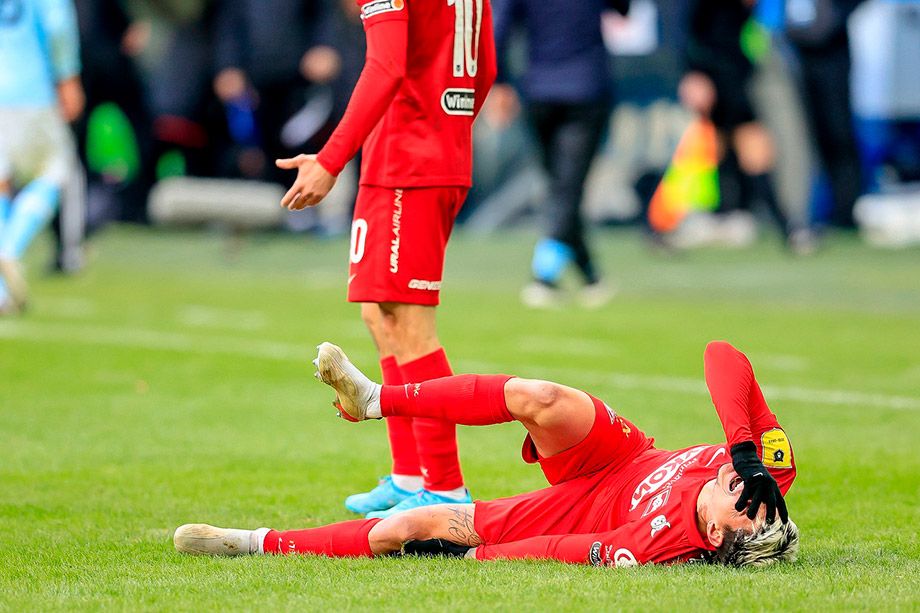 This season, Ayrton’s RPL did not have any important statistical indicator by which he would stand out in “Spartak” compared to others. But they were in the European Cups. The Brazilian turned out to be the most involved red and white player in the game following the Champions League qualifiers and the group stage of the Europa League – he performed 74 technical and tactical actions (with 76% success) in an average of 90 minutes. This is significantly more than Roman Zobnin and Quincy Promes, who shared the second and third places – 65 TTD each. Ayrton was first in the number of assists (41), strokes (2.5) and rebounds (2.8). As a defender, the Brazilian had enough questions: he made a lot of positional mistakes. But his rocket speed and technique gave Spartak an advantage on the left flank in possession of the ball.

Ayrton’s departure is a loss for Spartak. I don’t see who can replace Ayrton yet… Unfortunately, we can’t change anything. Young guys who were taken in the winter will play. A difficult situation, but it’s football, life. Red and white need to adjust, somehow change the game. There is definitely no player of this level. Let’s see, I’m very interested “, – obviously, this opinion of the ex-forward of” Spartak “Nikita Bazhenov is shared by many red and white fans.

Ayrton would not have played against Lokomotiv in any case, so Vanoli had enough time to work out options for the game without the Brazilian. The most obvious is the exit on the left flank of Victor Moses, who, according to rumors, could also leave Spartak in March. If the transfer of the Nigerian to “Burnley” took place, the flanks of the red and whites would be dealt a powerful blow. Moses just replaced Ayrton in Nizhny Novgorod, as Daniil Khlusevich took Victor’s place from the first minutes.

By the way, the winter newcomer from the Tula “Arsenal” also has experience of performances from the left, so Vanoli can send to the position of Ayrton any of his right-handed laterals – and Moses, and Hlusevich. Another thing is that in terms of creating the width of the attack, these two options are probably suboptimal. There is a third option, not yet tested by a real Italian coach. 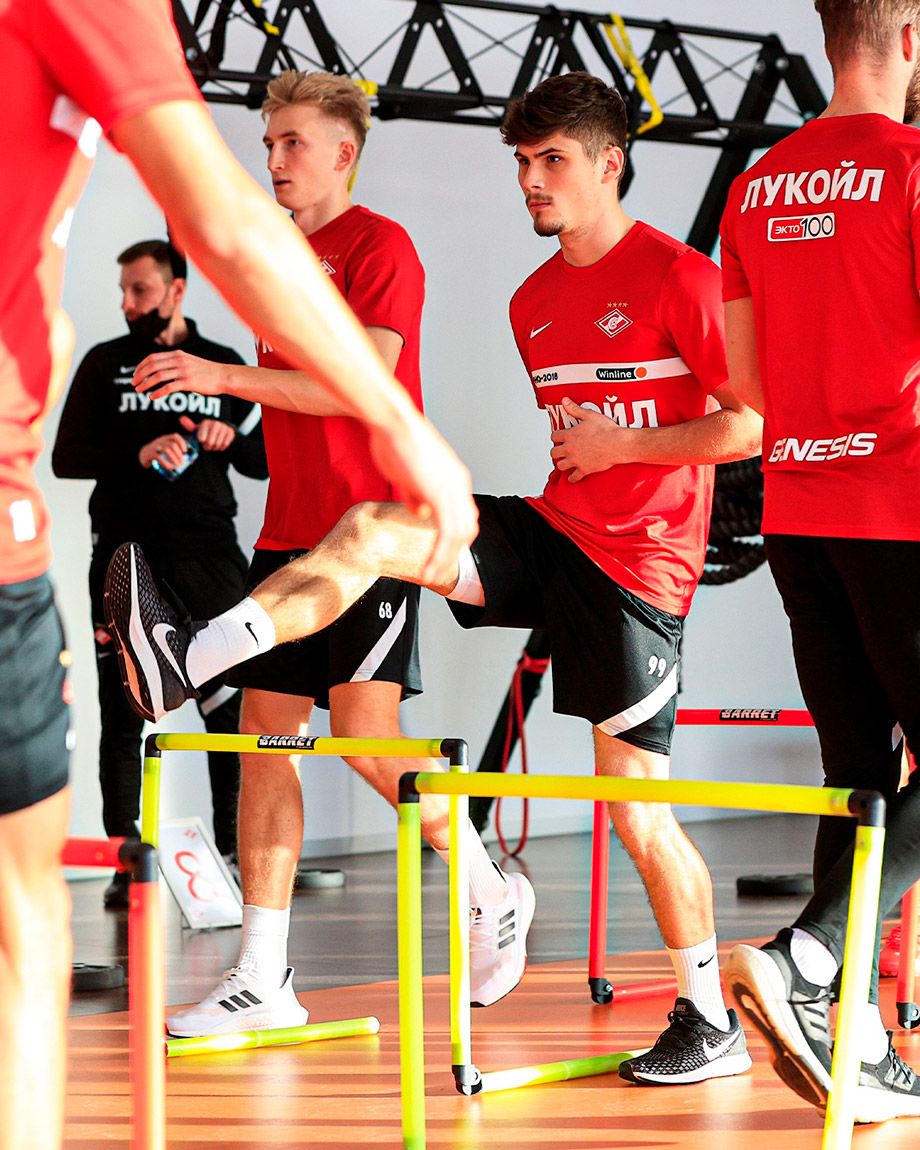 We are talking about another winter newcomer of “Spartak” – Leone Klassene, who was bought for € 900 thousand. in the “Tyrol”. The 21-year-old German football player and candidate for the Russian youth national team did not appear on the field even in the cup match with “Kuban” (6: 1), when it seemed to be the best moment for his debut. For some reason, Vanoli doesn’t trust Klassen yet, but Ayrton’s departure should change the situation for Leon.

In the first part of the season, Klassen scored six assists in 17 matches in the Austrian Bundesliga. The statistics are very decent. With his participation, “Tyrol” created 1.37 moments in 90 minutes of play, and in addition, Leon had good numbers of defensive action – nine rebounds, six interceptions and 2.1 rebounds. But, apparently, the level of “Tyrol” is still far from Spartacus. Although in the UEFA rankings, the Austrian league is two positions higher, and the former Klassen team itself ranked ninth in it, as the red and whites in the RPL. 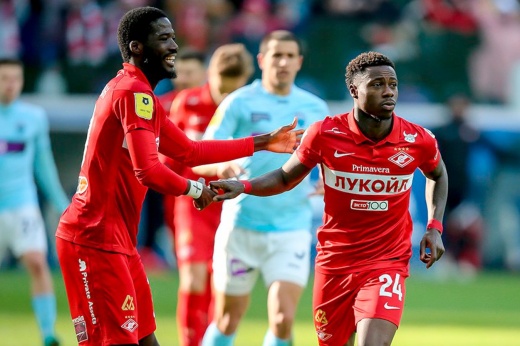 What’s going on with Spartak? A detailed analysis of the problems of the Vanoli team

If Spartak want to bet on Russian players in the future, now is the time to play Hlusevich and Klassen. Tournament tasks this season remained by and large only in the Russian Cup. The youth of the red and whites are probably more motivated than Moses.