In the 23rd round of the RPL, Moscow’s Lokomotiv will host Spartak, Krasnodar will play against Dynamo, CSKA will try to take points from the Urals, and Zenit will try to take revenge for the defeat in the first round of Sochi . Details – in the material “RBC Sport”

Schedule of the 23rd round of the Russian football championship

As part of the 23rd round of the Russian championship, Lokomotiv hosts Moscow’s Spartak at the stadium in Cherkizovo. Both teams are now far from the top three. The Railwaymen are now in 6th place with 34 points, and the Red and Whites are in 9th place with 27 points. Just before the restart of the season, Lokomotiv lost head coach Marcus Gisdol, who decided to leave Russia after the start of a special operation in Ukraine.

But the lack of stability in Lokomotiv is not only due to the loss of a mentor. Lokomotiv captain and midfielder Dmitry Barinov said that training with Gisdol was the easiest in his professional career. Problems with lack of physical shape were well visible in the March matches of the championship and in the game for the Russian Cup against “Yenisei”, which “Locomotive” lost with a bang with a score of 4: 0. Everything is also ambiguous with the club’s newcomers. If Czech striker Jan Kuchta has become an adequate replacement for Fedor Smolov, who left the club in the off-season, then Ukrainian defender Mark Mampassi clearly lacks the experience to play at the core.

In the last three matches, Lokomotiv has conceded at least two goals. Despite the victory in the last round against Grozny “Akhmat” with a score of 3: 2, the Moscow club according to statistics xG played only one goal – 2.04 against 0.99 in favor of “Akhmat”.

A year ago, Lokomotiv, under the leadership of Marko Nikolic, managed to beat Spartak Tedesco 2-0, although he dominated throughout the meeting.

Spartak’s Paolo Vanoli still lacks stability in the game: relatively unsuccessful attempts to build a positional attack in the match against CSKA, total pressure, which led to a victory against Dynamo and failure in Nizhny Novgorod, which deprived the team of victory on the road due to unsuccessful penalty of Quincy Promes … It is worth noting that under Vanoli, the Dutchman opened up in a new way and became the team’s top scorer. We need to pay special attention to Zelimkhan Bakiyev’s game. The midfielder has not yet extended his contract with the Muscovites, but his actions on the field deserved an offer from the club. 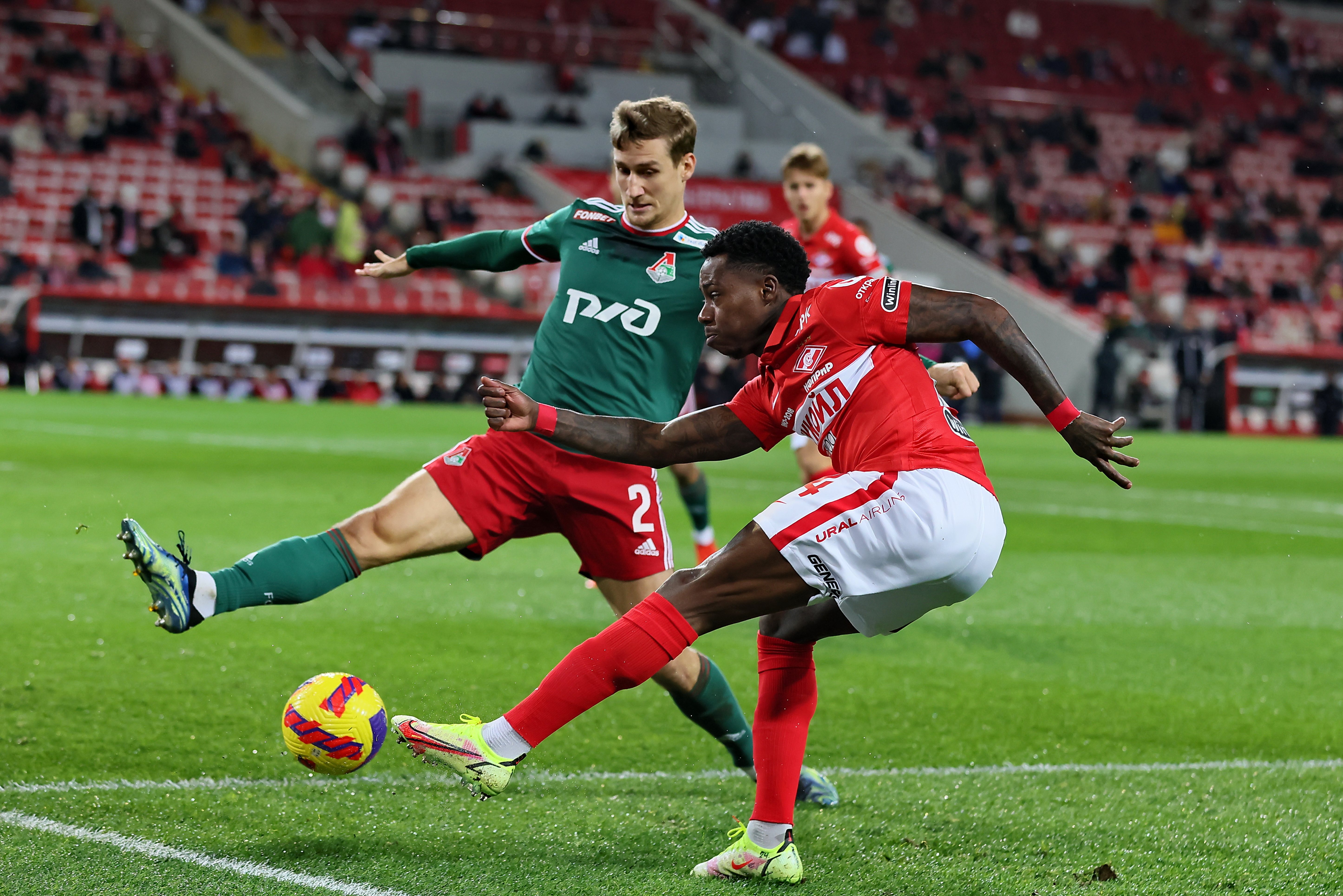 During the break for the matches of the national teams “Spartak” left the Brazilian left defender Lucas Ayrton. So far there is no full-fledged replacement for the Brazilian. Victor Moses is likely to play Ayrton, although he is considered the first attacking midfielder to play even a winger.

Despite the fact that both teams are experiencing problems, “Spartak” is considered a favorite. Vanoli’s team looks preferable.

Will the victorious series of the army continue?

CSKA looks like an opening team after the restart of the championship. Thanks to new players, she shows bright combination football. In the last match, the army defeated Kazan’s Rubin, a hat-trick scored by Yusuf Yazydzhi. They are at the peak and look like the clear favorite in the match against the Urals. Most likely, the hosts will control the game in the middle of the opponent’s field and dominate the possession of the ball.

After the restart, Ural has not won a single victory. The team led by Igor Shalimov this season was able to take away points from “Zenith” and “Locomotive”. However, this time she has little chance of success.

Krasnodar suffered the most in the off-season. Almost all legionnaires left the club: Wanderson Masiel, Cayo, Eric Butheim, Christian Ramirez, Junior Alonso, John Cordoba, Victor Klasson and Remy Cabella. However, Krasnodar continues to fight for high places. The team won two victories over Ural and Spartak, and also missed the last-minute win with Ufa. The club does not look hopeless, but the lack of quality performers can make itself felt in the game with Dynamo. Against the background of the lack of legionnaires in the team stands out 21-year-old attacking midfielder Eduard Spertsyan. In 19 games, the winger scored six goals, two of which were scored by Spartak. 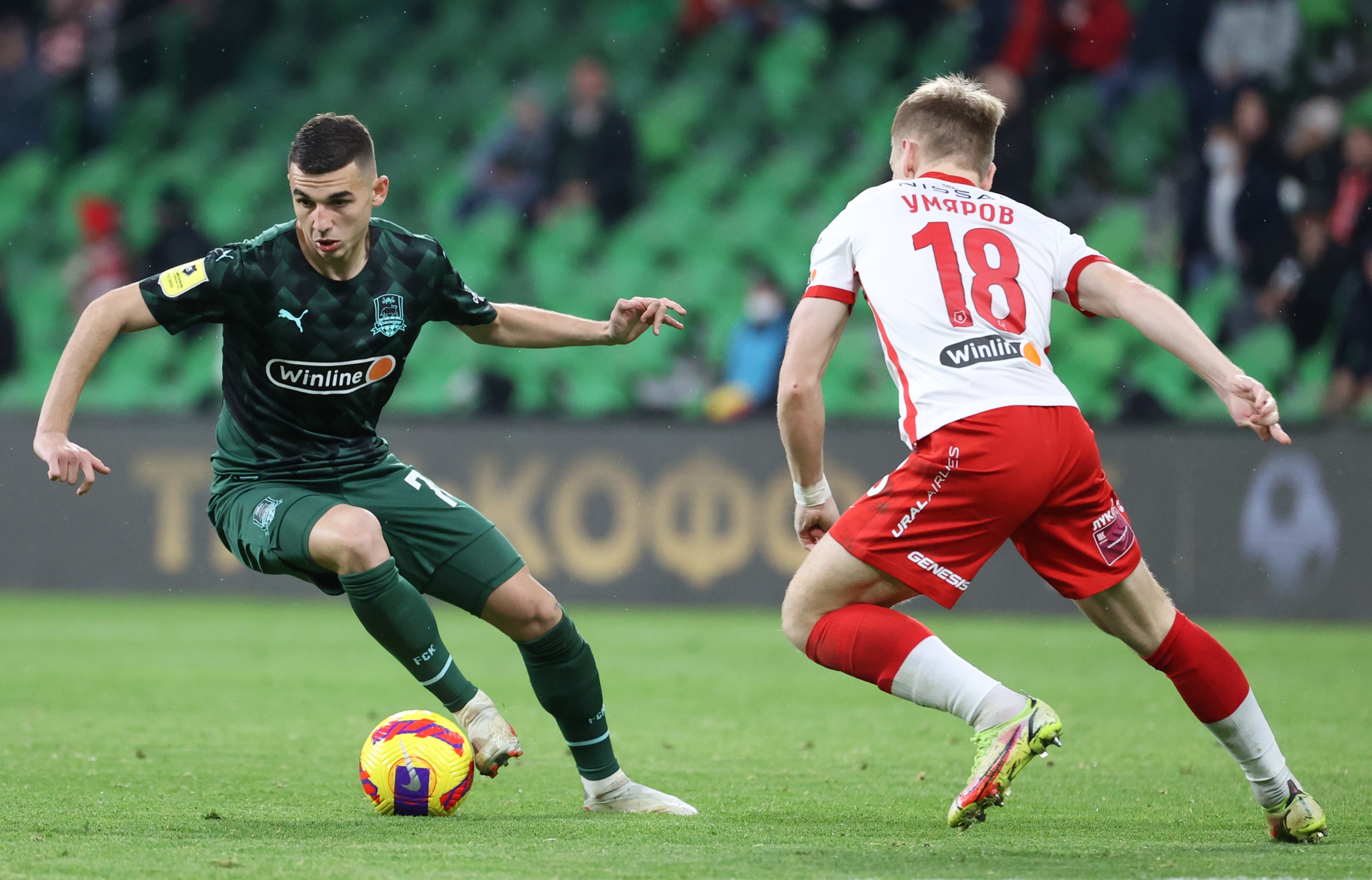 Another midfielder with Armenian roots Arsen Zakharyan, who plays for Dynamo, will play against Spertsyan. Before the restart, the White and Blues were considered the main rivals of St. Petersburg “Zenith” in the fight for the title, but the team of Sandro Schwartz lost to “Spartacus”, in the last minutes drew with “Rostov” Valery Karpin and missed the chance.

Russian in the list of most expensive players. Top players under 18 years old 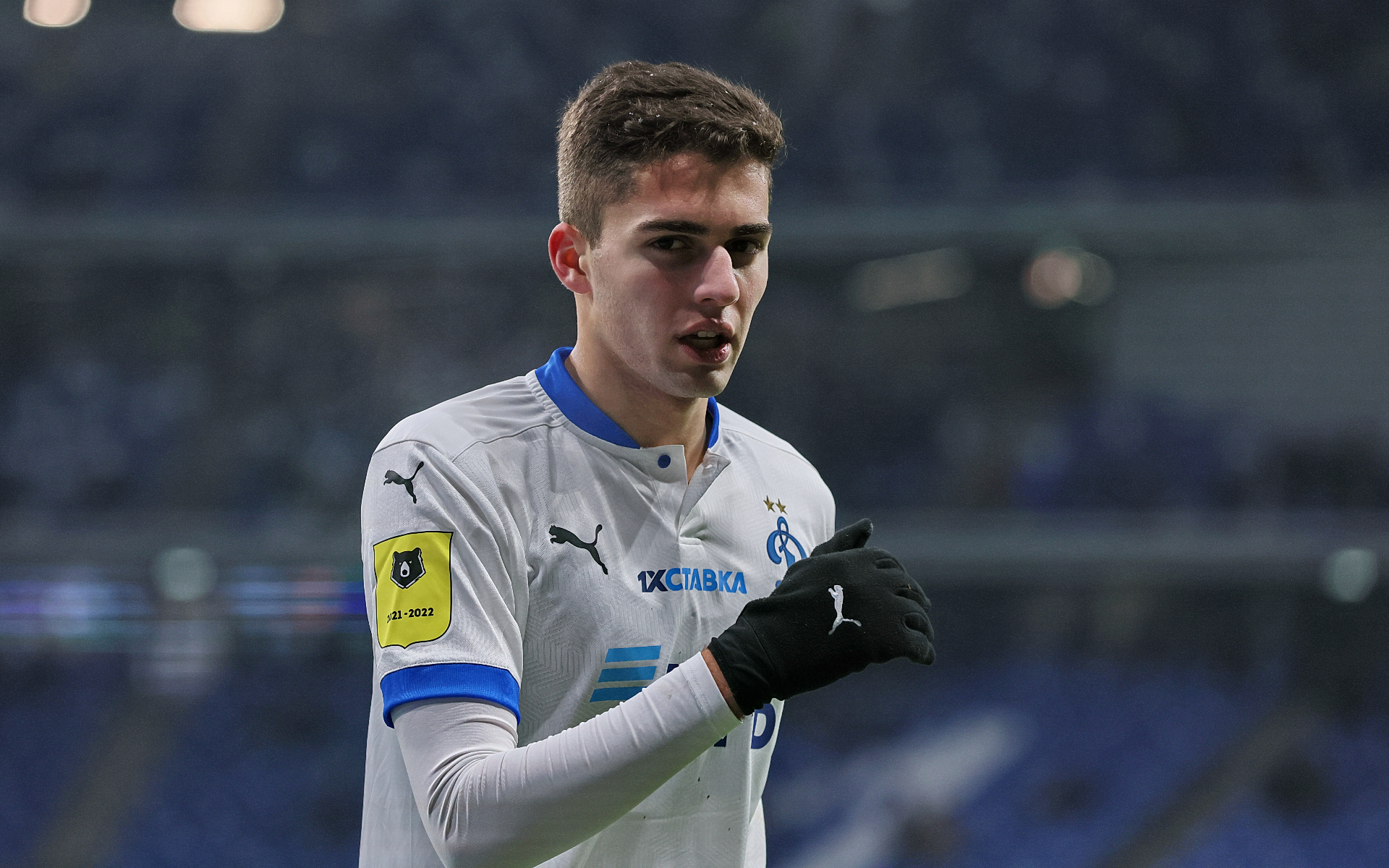 Before the match, “Dynamo” looks like a favorite, especially since despite the pressure from Polish fans, Sebastian Szymanski returned to the club, who became a stable player of the base. However, we should not underestimate Krasnodar, which has never lost even in a weakened state. In the first round, the team did not show effective football. But why not show it now?

Will Zenit take revenge on Sochi

In the first round, “Sochi” relatively sensationally beat “Zenith”. Now Vladimir Fedotov’s team has not much chance to repeat the sensation. “Zenith” almost did not suffer from the departure of legionnaires, it left only the Ukrainian defender Yaroslav Rakitsky. If the match with “Wings” can be considered a failure due to poor play in the final third and missed the ball in the last minutes, the game with Tula “Arsenal” has become a model of football that fans want to see from Semak’s team: Malcolm’s double and newcomer Yuri’s goal Alberto left a pleasant impression of the game “Zenith”. 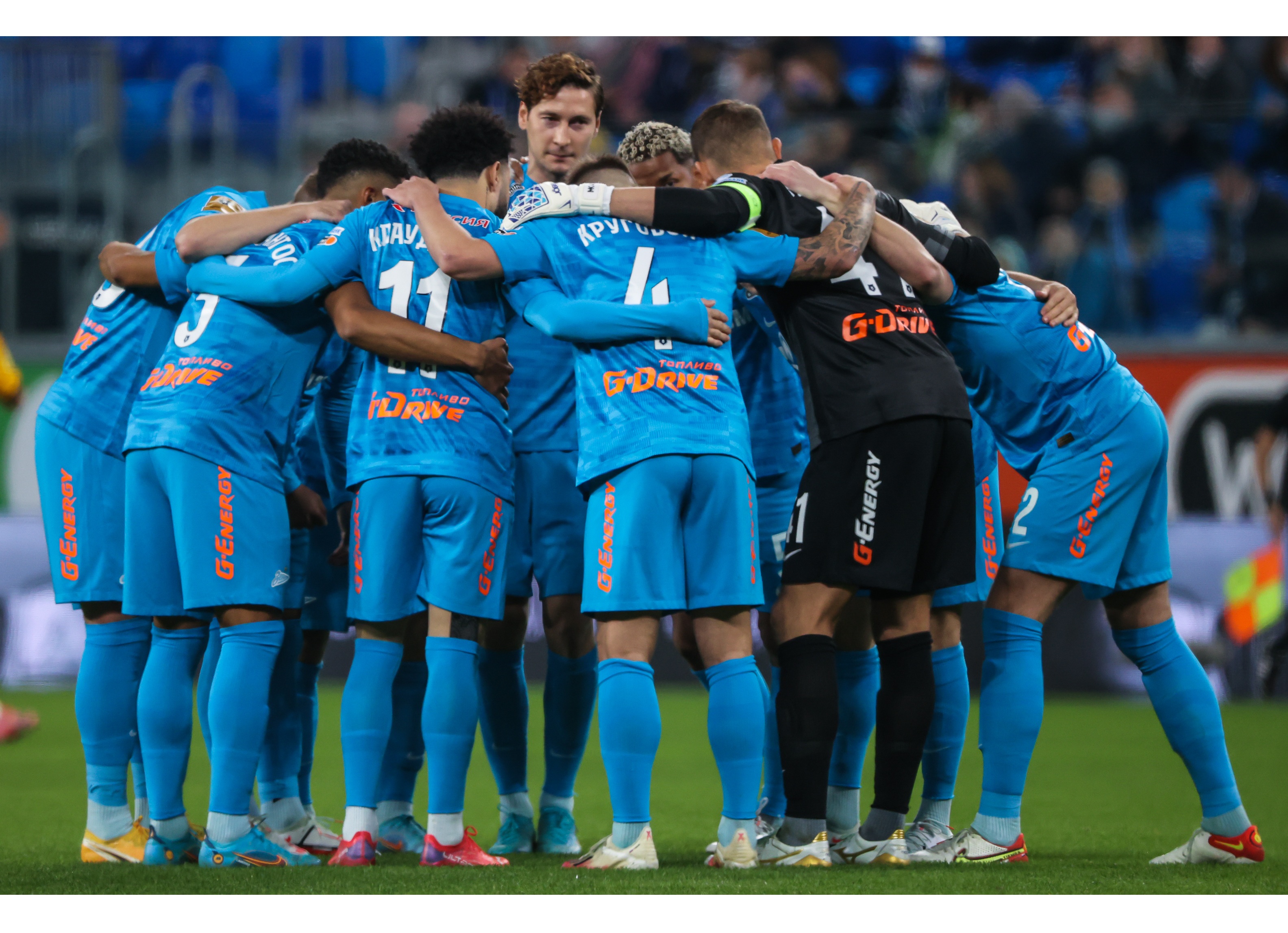 The team has not lost in 11 matches, and in the last four away matches has scored at least two goals. The St. Petersburg club probably wants to flourish, so it is fair to expect open football with a lot of balls.