The developers of “My Office” have released updated versions of their products. One of the most notable changes in the new release is the improved macro editor, which simplifies the transition from Microsoft Office to Russian office software. In addition, the system of numbering product versions and the composition of some of them has been redesigned. Some programs have been updated, in particular, which have had a positive effect on their performance.

Simplified translation of macros from VBA to Lua

As CNews has learned, My Office, a Russian company that develops office software for collaboration with documents and communications, has released a tool for adapting existing VBA macros and translating them into Lua. The company claims that this is the first such tool on the Russian market.

A macro is a set of instructions that are grouped and executed as a single command. If the user often performs the same sequence of actions in the editor, he can combine these actions into a macro, and run the whole chain at once.

My Office text and spreadsheet editors have been supporting macros since November 2017. They use the Lua scripting language to write them. VBA (Visual Basic for Applications) – a simplified implementation of Visual Basic, integrated with Microsoft Office and a number of other software packages as a language for writing macros.

“VBA is Microsoft’s proprietary technology, and although the programming language itself is well known, the features of the Microsoft Office document model are closed, making it impossible to run VBA macros in third-party document editors,” My Office explains. “The solution is to translate macros into other programming languages.”

According to Petra ShcheglovaDirector of Product Marketing “My Office”, the new functionality will be in demand by more than 87% of the company’s customers.

My Office has added a new feature to its software that allows you to display VBA macro code stored in DOCM and XSLM (Microsoft Word and Excel) files. In the built-in desktop macro editor, users can simultaneously view code in VBA and write commands in Lua.

This possibility is relevant for all Russian companies that are moving from foreign office suites to “My Office” and when working with documents use macros to automate typical operations in the document, explained CNews in the company.

Macro developers have access to VBA code directly in the interface of desktop editors from the “My Office” package. No third-party editors are required to translate the code. The developer has the ability to work with code on VBA and Lua at the same time, in a single window, with the ability to test the program on Lua at any time.

My Office publishes a series of training materials on working with macros in Lua and a programmer’s guide describing all available features.

The VBA Macro Adaptation Assistant is part of a new release of My Office. Simultaneously with the release of the update, the developers moved their software to a new version numbering system.

From now on, the number before the dot determines the generation of the product, the next – the serial number of the release is not more than the current generation. The generation numbers have now been added to the product names themselves, such as “My Office Professional 2” or “My Office Mail 2”.

In the current release of 2.0, which contains 293 new features, the composition of the components of commercial products has changed. The most notable of them – in the package “My office Private Cloud 2”. In particular, the ability to work with third-party mail systems “to improve the integration of the product with the infrastructure of large corporate customers” was added, while the default mail system in the package is no longer available. 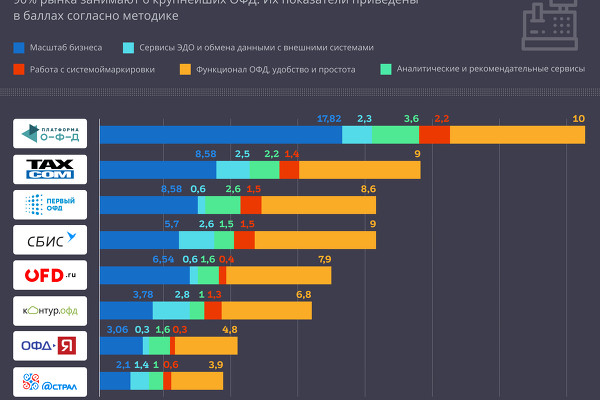 According to CNews in the company, when deploying the system “My office Private Cloud 2” you can connect an alternative mail solution, such as Mailion, launched in November 2021.

The postal solution can be purchased separately or as part of the software “My Office Professional”. The product can also be integrated with the CommuniGatePro platform and other e-mail solutions for sending e-mails.

Significant changes have affected the My Office Mail product, which includes a mail server and e-mail, calendar, and contacts applications.

In particular, the developers have upgraded the interface of the programs that are part of it. Now they use the style of Material Design, which, as explained in the company, is characterized by simple concise shapes, no sharp corners, as well as smooth, almost imperceptible switching of graphic elements

In addition, My Office notes improved cross-platform and increased product performance. This was achieved through the use of the React JavaSccript library in the development of interfaces. The savings of server resources, according to the company’s experts, reach 30% due to the use of the Phalcon PHP framework.

It is also worth noting the new opportunities to integrate the solution with video conferencing systems, in particular, with the corresponding product of the Russian company Trueconf. In release 2.0, users of My Office Mail 2 can book video conferencing directly from the mail program. When creating a calendar event, the mail system will automatically reserve the conference and add a link to it in the event itself.

In release 2.0, performance optimization also affected the desktop version of My Office editors. As a result, according to developers, the speed of opening “heavy” tables has increased by more than 66%. These include documents that contain a large amount of formulas and calculations. Add-ons in the current issue are characterized by reduced RAM consumption – an average of 43% compared to the previous release.

Desktop editors have become even closer in functionality to Microsoft Office programs. For example, users now have the ability to save images contained in a text or spreadsheet document as separate files on a computer, in original formats. Support for EMF and TIFF images in a text editor has also been expanded.

Desktop editors now have the ability to quickly change the interface language. Rounded, popular in Central African countries, has been added to the list of supported languages. It will be recalled that the company began to form a partnership network on the African continent in 2020.