Russian skiers have been going to international competitions for almost a month now, competing in domestic competitions. However, interest in Alexander Bolshunov and his colleagues in the Western press has not abated. The hero of the Olympic Games does not give rest to Norwegian journalists and athletes.

Scandinavians not only condemn Russian skiers and generously try to find excuses for them, but also demand a public apology before returning to international competitions.

Who did they think they were?

Alexander Bolshunov’s participation in the concert-rally dedicated to the Day of reunification of Crimea with Russia was in the center of attention. The Olympic champion did not give speeches, sing, dance or even ski. However, Norwegians are still unhappy.

– I think what Russian athletes are doing is wrong. They are in the forefront of the rally. It was unexpected for me, I was shocked, but at the same time there was no shock. I don’t know how to treat it. I’m furious about this, – said Teresa Johaug about her feelings. 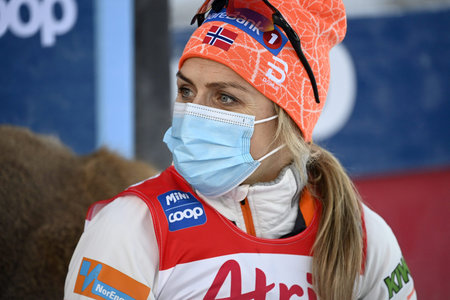 The four-time Olympic champion does not believe that the return of Russians to international competitions is impossible in principle. However, the short-term prospects of our athletes, in her opinion, are hazy. Teresa is convinced that “a lot must happen” before Bolshunov and company can compete with foreigners.

Beijing Olympic champion Eric Valnes is shocked, unpleasantly surprised and doesn’t understand how to mix sports and politics (you have to explain that to us, Eric). Another Norwegian Olympic champion, Simen Hegstad Krueger, was more restrained. Like Johaug, he is disappointed in Russian athletes, but refused to criticize our athletes excessively.

– I will be careful to rebuke the athletes who came there, because I’m not sure they had a choice. Perhaps they were afraid of the consequences in case of failure, – Krueger shared his fabrications with the NRK. 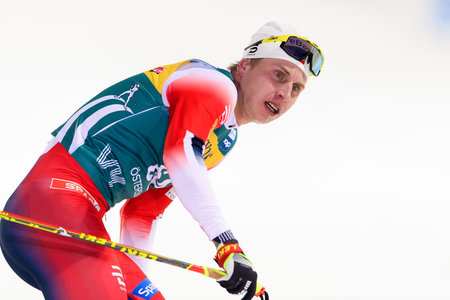 Justifying the Russians, Krueger still believes that without a public apology from our athletes to return them to the competition under the auspices of the FIS is wrong. Johaug also speaks of an apology as a prerequisite for the return of Russian skiers. What exactly the skiers did wrong, for what and to whom they should apologize, however, is not specified.

Well, there would be no logic in the statements of the Norwegians. They are convinced that one decision of the International Ski Federation will not be enough to return skiers from Russia to major competitions. Given that athletes are unlikely to repent for what is not their fault, this condition looks like another act of humiliation and an attempt to extend the ban of major rivals. However, in light of recent events, any news from Norway is no longer shocking.