Prices for DDR5 memory modules are still much higher than for DDR4 memory, but have fallen to more or less acceptable levels over the past six months. This was reported by the portal Tom’s Hardware, which analyzed the proposals of the largest American stores selling computer equipment – Newegg and Amazon.

It is very logical that low-speed DDR5 modules with high timings are more affordable. In this case, the price for 1 GB of memory will be about $ 6-7 or $ 120-130 for a set of two modules with a total capacity of 16 GB. This is much less than the price that sellers asked for the memory of the new standard at the start of its sales. Kits cheaper than $ 500-1000 were not available at the time. Fortunately, the manufacturers of DDR5 memory chips are optimizing its production, the shortage of components is weakening and it is natural that the modules of the new memory standard are starting to get cheaper. At the same time, Tom’s Hardware notes that lower prices are observed not only in the United States but also in Europe. The data is confirmed by the German portal ComputerBase, which reports that the average price per gigabyte of DDR5 memory in the European market has fallen to almost € 5. 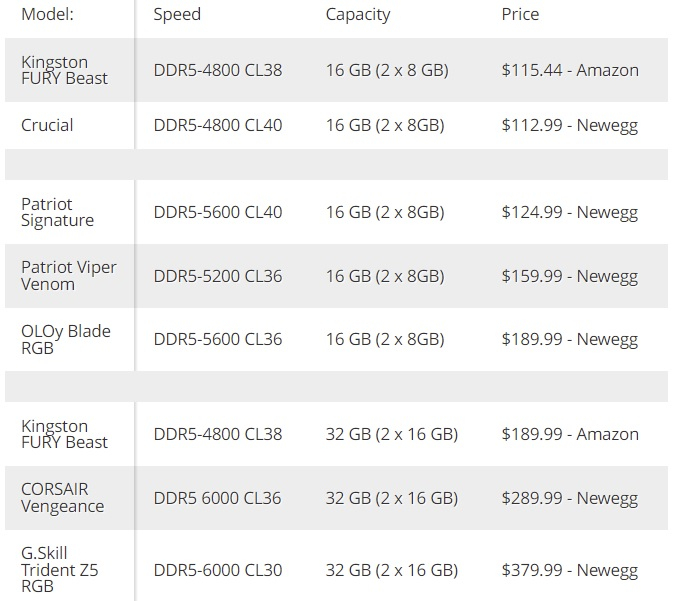 It is possible that before the release of Ryzen 7000 processors, which will work exclusively with DDR5, memory modules will become even cheaper.