Double and new NHL record! Buchnevich is the most inconspicuous Russian star in America 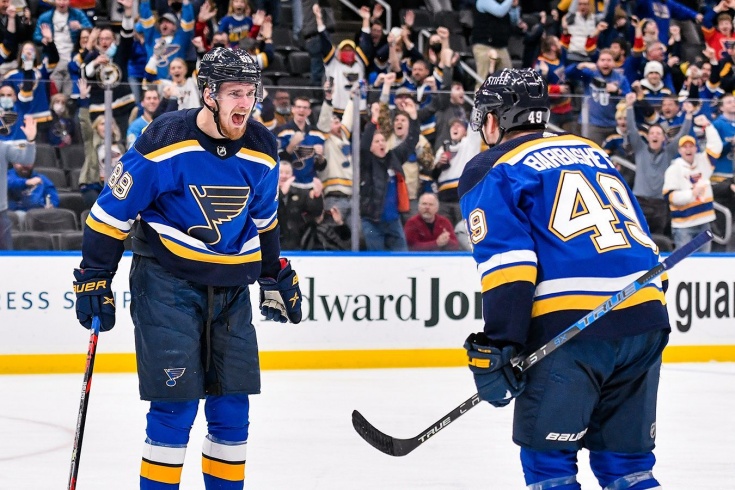 The pupil of “Severstal” spends the best season in his life. His career changed after moving to St. Louis.

Pavel Buchnevich continues the most successful season in his Enchael career. The St. Louis striker hit the Edmonton goal today. The Russian excelled in the fifth minute of the first period – his shot almost from the front line was an unsolvable task for the Oilers goalkeeper.

For the native of Cherepovets, this goal was the 22nd in the current regular season. Thus, Buchnevich set a personal sniper record. A week ago, the forward surpassed another personal achievement – in the number of points per regular. Now Paul has 52 (22 + 30) points in 58 games.

Buchnevich is not the most popular Russian NHL hockey player. In terms of popularity, it is difficult to compare him not only with perennial stars, but also with representatives of the new wave like Kirill Kaprizov. However, in recent years, Paul has been extremely stable and efficient.

In just one of five full seasons overseas, Buchnevich scored less than 40 points, although even in Russia he was not considered a player of special goal talent. It is noteworthy that Paul progresses from year to year. Two years ago, playing for the New York Rangers, he scored 46 points, last season – 48, in this, not yet completed – more than 50.

Along with the effectiveness, Buchnevich’s “plus-minus” is growing. In the current championship, his figure is “+13”. The Russian benefits not only and perhaps not so much in creation. Paul is a real two-way striker. He goes on the ice in all positions, playing the most important role for “St. Louis” in the minority. In the rating of the American statistician of the House of Leszczyna Buchnevich takes the eighth place among the contenders for the “Selka Trophy” – the prize for the best defensive forward of the league. 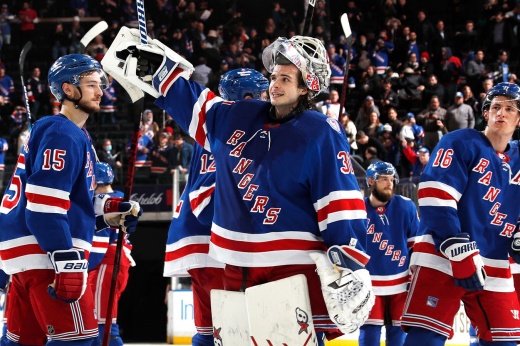 Shestorkin will take “Vezina”, Ovechkin will help only a miracle. Which of the Russians will take the NHL prizes?

It is now clear that the transition from Rangers to St. Louis played a significant role in Paul’s progress. “Bluesmen” do not hesitate to sometimes adhere to defensive schemes, to which the versatile Buchnevich easily adapted. In New York, the Russian could not find any use, although his level was not in doubt even then, including Artemy Panarin. “For me, it’s thunder in the clear sky. I’m a little upset, “Rangers commented on the news of Buchnevich’s transfer to the Blues.

The NHL is a regular season

In St. Louis, Buchnevich’s presence is probably beaten by other, more positive sayings. Today, the Russian led the chase for “Edmonton”. Neftyaniki responded to his first puck in the match with three goals at once. But for the second break the team went with a score of 5: 3 in favor of the “Oilers”, and at the beginning of the final 20 minutes Buchnevich made a double. Six minutes later, Ivan Barbashev restored equality. However, the efforts of Russian players of “St. Louis” were not enough – in overtime, the victory for “Edmonton” brought Conor McDavid.