Whims – just space! Scored a unique goal and is now one step away from a powerful record in the NHL 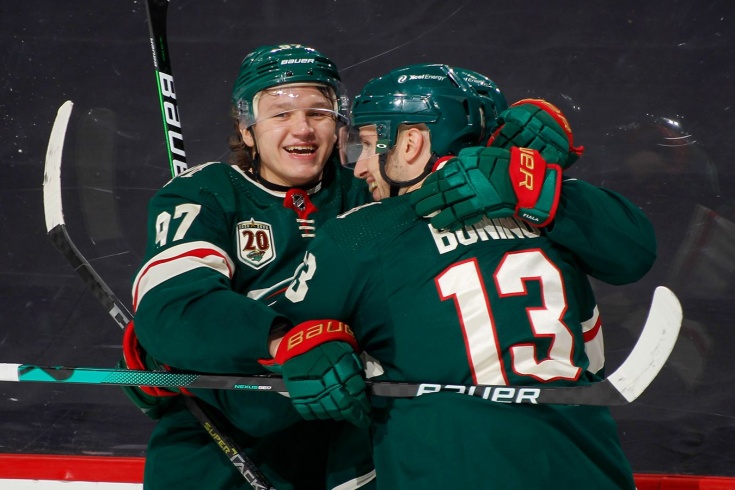 Kirill’s next puck could have helped Minnesota win, but Malkin’s chic actions ruined everything.

Kirill Kaprizov continues his wonderful season. Russia’s top NHL regular scorer and undisputed Minnesota leader is scoring goals and points in every game, breaking all of Wilde’s historic records. We can already say with confidence that the “savages” have never had someone more suitable for the role of frontman than Caprice, and in the near future Kirill will rewrite absolutely all the individual achievements of the franchise. Kirill is just space! 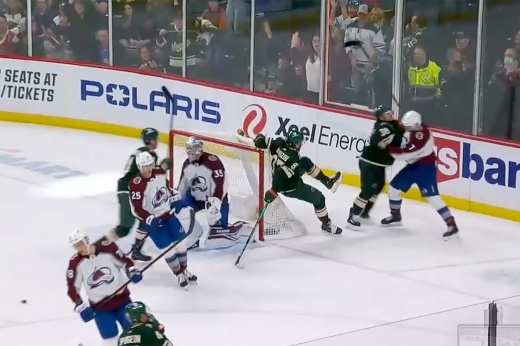 Kaprizov and the NHL were treated rudely again. Roughly thrown at the gate immediately after the goal

In the last game with Philadelphia, Kaprizov scored another goal, and it turned out that Kirill repeated the club’s historical record for goals in one calendar month – 13 goals in February 2018 were also scored by Eric Staal. Kirill had another game in reserve to set a new bar, and the Russian took this opportunity.

Kaprizov scored his unique goal at the beginning of the third period of the home match against Pittsburgh, completing the mini-comeback of the “savages” with a score of 1: 3. The “Penguins” gained an advantage of two goals by the middle of the match, but then missed from Godreau, and then from Caprice. In this episode, Ryan Hartmann did a lot, mockingly beat Eugene Malkin at the gates of Desmith and gave a great pass to Cyril, who did not miss a piglet.

The 14th goal of the calendar month is Minnesota’s new historical record! In addition, Kaprizov scored 83 points in the season, and previously during the existence of the club only one hockey player reached such a height – it was Marian Gaborik in the 2007/2008 season. Kaprizov’s next point will be a record and will secure the Russian in the status of the most productive hockey player of “Minnesota” in one season.

There is no doubt that the record for goals in one championship will be broken very soon. Caprice threw the 38th puck, and this is a repetition of the second result in the history of the club – the same number scored Gaborik in the first post-lockout season. Ahead only Staal (season-2017/2018) and all the same Gaborik (season-2007/2008) with 42 goals for the regular season. Caprice needs to score five goals in the remaining sixteen matches to become the absolute record holder.

As for today’s match, Kaprizov’s puck eventually brought Minnesota one point, but in overtime, the “savages” lost. Eugene Malkin straightened up for his “jamb” and amazingly sorted out the piglet with the defender and goalkeeper of “Minnesota”, literally pushing the puck into the goal. Great goal from the new NHL record holder!

With this defeat, “Minnesota” interrupted a series of seven consecutive home victories and will now go away. The fight for places in the playoffs in the Central Division continues in absentia.