In the fight for the Gagarin Cup – 2022, there are only four teams left, and until the winner is determined – two stages. The first of them will start tomorrow – the finals of conferences will traditionally start from the West, in which it will be decided who will challenge the right to take the title this year.

To some extent, this is even amusing, but the decisive opposition to the Western Conference will again be exclusively military. Neither the introduced salary ceiling nor the rather unusual personnel decisions in the camp of both leaders help the neighbors in the table to break the hegemony of the grandees of the two capitals. SKA and CSKA will play a ticket to the Gagarin Cup final for the fourth time in a row and for the sixth time – for the last seven completed seasons!


Army derby to be! SKA beat “Spartak” and again arranged a meeting with CSKA in the West final

At the same time, before the start of the championship, such a Western final was not read at all. The composition of the St. Petersburg army at the start of the regular season could not be called top – the team was formed only the top five, but then everything was difficult. The defense suffered especially from this, but largely due to the successful actions of Lars Johansson, who often cleaned up for teammates, defensive flaws managed to level. The qualitative depth of the team increased significantly closer to the middle of the championship, but the old problems sometimes made themselves felt.

As for their Moscow teammates, there were also questions, but not about the players in the first place. CSKA managed to bring back Nikita Nesterov and Mikhail Grigorenko, who again became one of the key figures of the capital club, but they and the rest of the team was led by Sergei Fedorov – a legendary man for domestic (and not only) hockey, but without the slightest experience in coaching . Many fans had big complaints about CSKA’s game during the regular season, but it is unlikely that anything could prevent the club from reaching the playoffs. 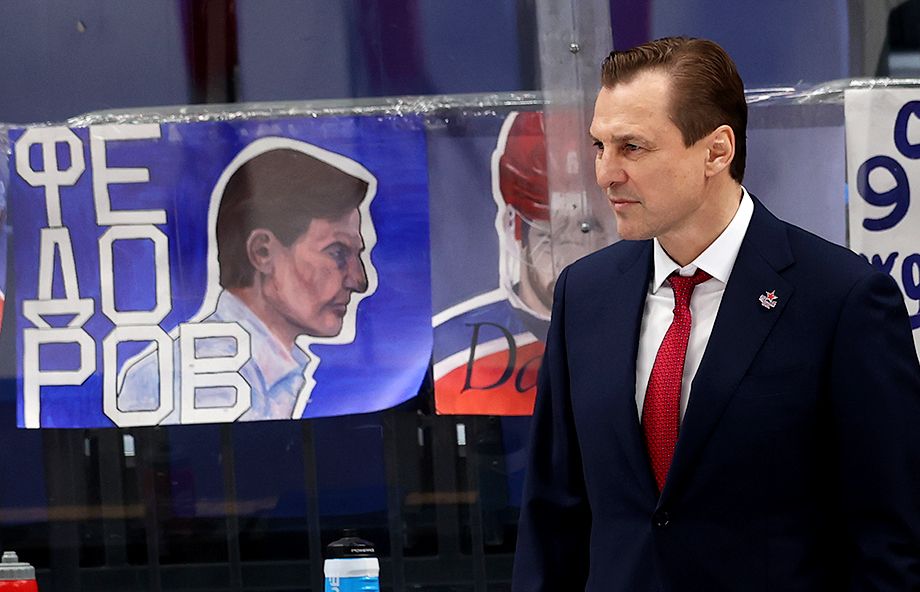 But both teams could get out of the distance ahead of time, because this year the competition in the West was very serious – for a long time ahead of the whole planet was “Dynamo”, confidently played “Jokerit”, in the middle of the season the magic victory was given by “Severstal”. and Lokomotiv seemed to be able to compete in the playoffs with any team. At the same time, we should not forget about Spartak, which woke up at the end of the regular season.

The final eight turned out to be very tight – the first place separated from the eighth only 14 points (for comparison, in the East between the first and fifth teams there were 13 points, between the first and eighth – 23), but intrigue in the playoffs still failed – “Jokerit “Self-eliminated before the start of the Gagarin Cup,” Severstal “was afraid of its own ambitions,” Locomotive “once again confirmed that the devastation is not in the toilets, but in the heads, and specific,” Dynamo “, Cherepovets, did not leave CSKA, and “Spartak”, having received a disservice from “Jokerit” in the form of lack of playing practice in the first round, despite all efforts, could not pass SKA. As a result, we have an army derby in the West finals again, whether we like it or not.

Despite the fact that the regular remained behind the St. Petersburgers, a small advantage at the beginning of the series will still be on the side of the Muscovites. The capital’s team passed the first two rounds undefeated, beating stronger (with all due respect to the Minsk “Dynamo” and “Spartak”) teams. In addition, CSKA played from a position of strength much more often than SKA. Yes, the army of St. Petersburg has shown that they know how to adjust in the course of matches, but a club with such resources should be less repelled from the game of a noticeably inferior opponent in the class.

Krikunov: those who say that SKA plays on defense and at the expense of skill – are mistaken

In a series with Moscow teammates, such tactics, on the contrary, may be quite appropriate, because SKA will meet with the most serious opponent, who for three years does not let him in the final of the Gagarin Cup. I am sure that St. Petersburg will inflict at least two defeats on CSKA, but in the whole confrontation the capital team looks a little more preferable.

East: a derby from which you are not tired yet

In the East, in contrast to the West, complete interchangeability – instead of “Vanguard” and “Ak Bars”, which met at the same time a year earlier, to reach the final of the Gagarin Cup will fight “Metallurg” and “Tractor”, who reached the decisive series conferences for the first time since 2017 and 2018, respectively. Interestingly, this is also a derby – the Urals. Unlike the army, they have not yet got tired of this – at this stage the rivals meet for the first time.

On the one hand, there is absolutely nothing surprising in the meeting of these two teams in the semifinals of the playoffs – the first seeded in the East, who were stronger than other teams in the regular season, naturally demonstrated their strength in the fight for the trophy. On the other hand, the leitmotif of the performances of both Metallurg and Traktor in this Gagarin Cup was the story of overcoming. 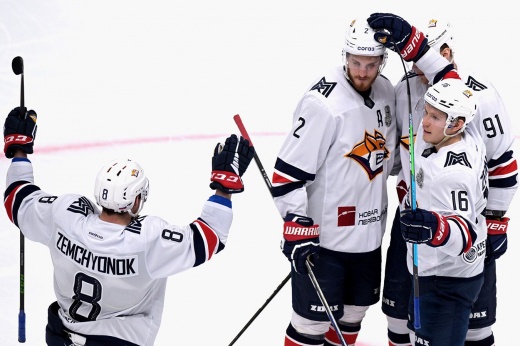 “Metallurg” showed what hockey in the KHL can be like. It was a strategic victory

Both for the Magnitogorsk, who are trying to return to their former positions, and for the Chelyabinsk, who have been walking around for several years, but can not gain a foothold in the pool of KHL top clubs, the moment of overcoming this came in the second round. But if the certain, if you can say, heroism of “Metallurgist” was against last year’s champion – “Vanguard”, which despite all its problems remained a tough system team and a priori could not offer the opponent anything but a fight to the last second, “Tractor” had to break the series with the bloodless “Salavat”, which makes you think about the readiness of the team of Anwar Gatiyatulin to face more formidable and experienced opponents. Especially since there is a high probability that one of the leaders of the Chelyabinsk attack, Lukasz Sedlak, will be absent in the first matches of the conference final.

Anvar Rafailovich will probably remember the previous performance of “Tractor” in the final of the conference – then Chelyabinsk in four matches were beaten by Bilyaletdin’s “Ak Bars”, which played five current “bears” – Emil Garipov, Albert Yaruselin, Vladimir Manukhov Potapov. That “Tractor” resisted to the last, but rather fought, not played. Today’s version of the team of one of the most hockey cities in Russia is definitely capable of more. 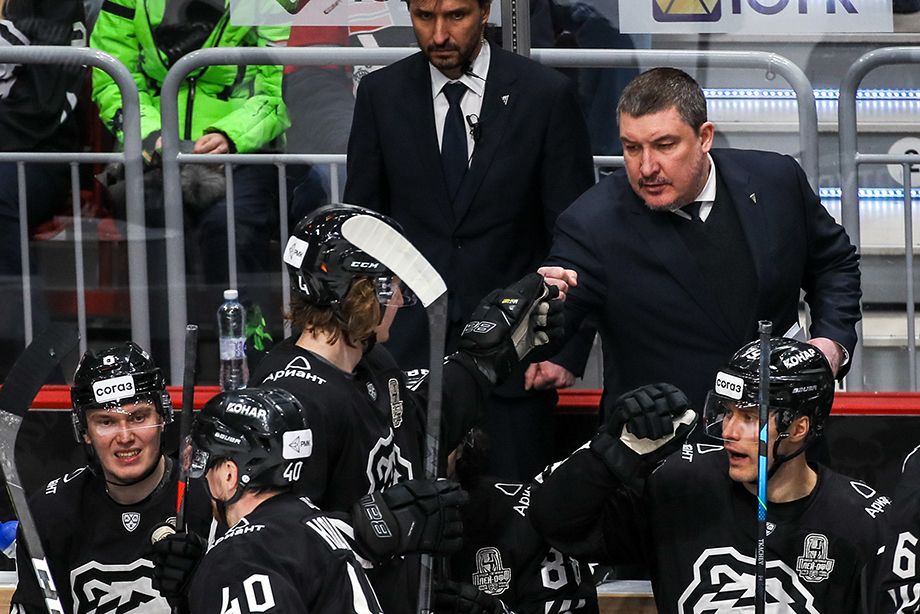 But the favorite in this series will still be “Metallurgist” – because what else can you call the club that just knocked out the previous champion? Ilya Vorobyov has been building the strongest team in Magnitogorsk since two titles in the mid-2010s, one of which the club won just under the leadership of a 47-year-old specialist. Some critics of Vorobyov still talk about the “baggage” of Mike Keenan, without which he would not have succeeded in 2016. If Ilya Petrovich does this in 2022, it will be entirely his merit.