AMD recently added a $ 199 and $ 159, respectively, to the Ryzen 5000 series of entry-level mid-range Ryzen 5 5600 and Ryzen 5 5500 models. A review of both novelties was published by the portal Tom’s Hardwarecompared them to the six-core competitor Core i5-12400 and the quad-core Core i3-12100 generation Intel Alder Lake in synthetic tests, workloads and games.

With the release of the Ryzen 5000 series on the Zen 3 in 2020, AMD has completely ignored the budget chip segment and focused on producing $ 250 processors, leaving all the lower market share to its old chips, but primarily to competitors. Two years later, as the Socket AM4 platform approached, the Reds finally decided to make amends by releasing the available Ryzen 5 5600 and Ryzen 5 5500. 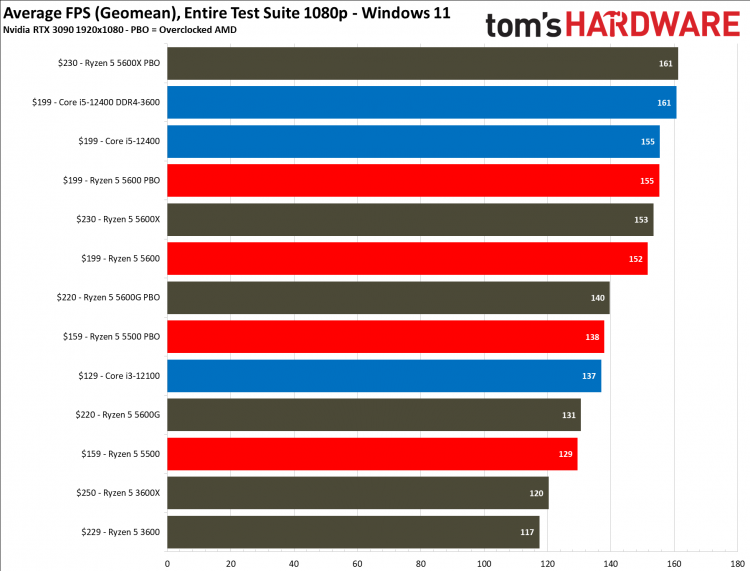 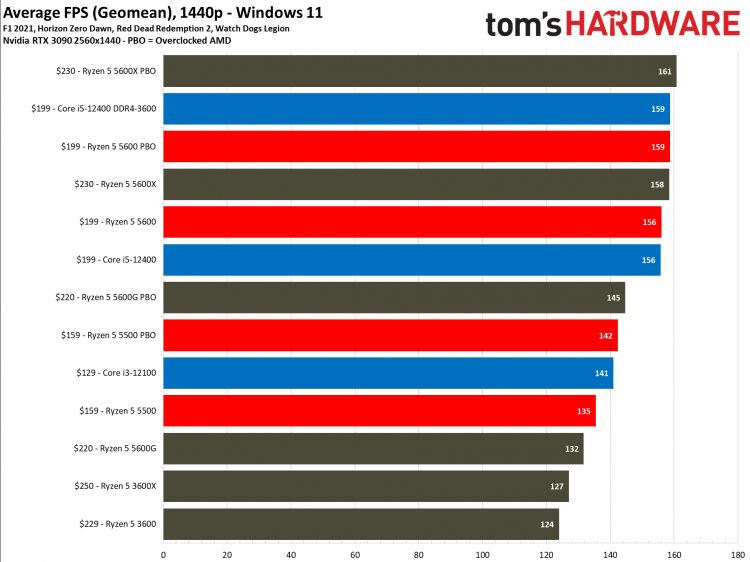 The Ryzen 5 5600 and Core i5-12400 are priced at $ 199, which puts the former in a very delicate position. On the one hand, if the retail price of the AMD processor is closer to the recommended price, the main advantage of the Ryzen 5 5600 over the competitor will be more affordable motherboards and generally more affordable cost of the entire assembly. On the other hand, choosing more mature board models will deprive the buyer of access to PCIe 4.0 interface support. In addition, the Ryzen 5 5600 lacks graphics, while the Core i5-12400 has an Intel UHD 770 graphics core on board. With a shortage of graphics cards, this can be important.

CPU performance in coding tasks depends largely on which algorithms (single-threaded or multithreaded) and instructions are supported. For example, the HandBrake transcoder, which relies on multithreading and actively uses AVX instructions to speed up performance, shows greater performance with the Core i5-12400. At the same time, the publication notes that in this comparison, the leadership between the Core i5-12400 and Ryzen 5 5600 is constantly changing from test to test. However, the same Ryzen 5 5500 confidently beats the Core i3-12100 thanks to more cores with more threads.

In most tests, the energy efficiency of the Ryzen 5 5500 and Ryzen 5 5600 was higher than that of the Core i3-12100 and Core i5-12400, especially in applications that use AVX instructions supported by Intel processors. However, with the PBO auto-overclocking feature, the Ryzen 5 5600 consumes more power on average than the Core i5-12400.

Edition Tom’s Hardware concludes that the Ryzen 5 5500 on Zen 3 may appeal to those who would like to upgrade from budget versions of processors based on previous Zen, Zen + or Zen 2 architectures, gaining more cores and threads that provide an edge over competitors. However, the choice in his favor is overshadowed by the lack of support for the modern PCIe 4.0 interface. The Core i3-12100, in turn, is a better choice when it comes to building new purely gaming system.

It would be wrong to recommend the Ryzen 5 5600 as a basis for building a new PC, the publication believes. For these purposes, the Core i5-12400 is better suited for the same price. The latter provides high gaming performance and better performance in everyday applications, as well as offers support for DDR5 and PCIe 5.0. But as an option to upgrade an existing system with Socket AM4, the novelty can be quite a good option.