“When I was breathing, I felt pain.” Rafael Nadal lost for the first time this season 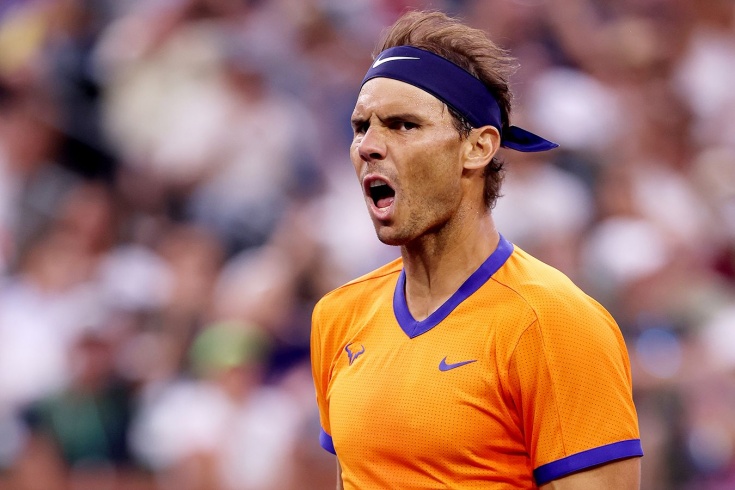 The 20-match winning streak of the famous Spaniard was interrupted in the final of the Masters in Indian Wells. Taylor Fritz from the USA won the title.

The Masters in Indian Wells ended sensationally. In the final, Rafael Nadal lost in two sets to American Taylor Fritz. This was the first defeat of the 21-time Grand Slam champion this season. 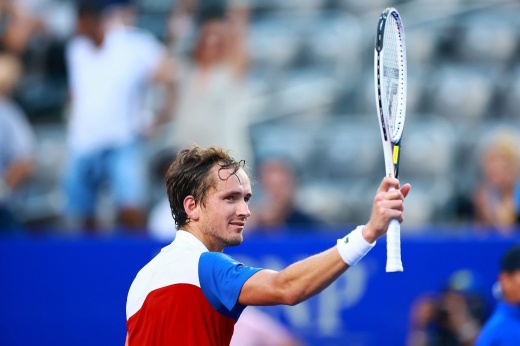 In the semifinals of Indian Wells, three contenders for the title came up with an impressive series of victories. She scored 10 matches for Spaniard Carlos Alcaras, 13 for Andrei Rublev and 19 for Rafael Nadal.

In the Spanish derby, 35-year-old Nadal defeated 18-year-old Alcaras, extended the series to 20 wins and reached his 53rd Masters final of his career. In the other pair, the American Taylor Fritz stopped Rublev and for the first time made his way into the decisive match of such a high-ranking competition. 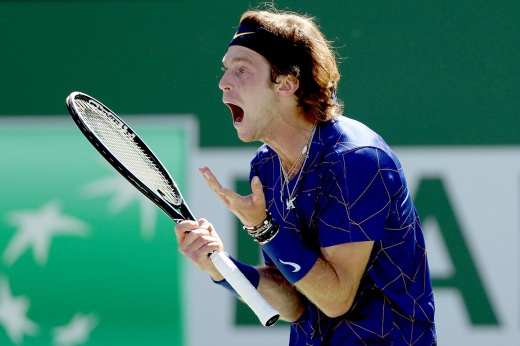 No finale! Andrei Rublev lost in Indian Wells and broke his arm in anger

Nadal has won this tournament three times (2007, 2009, 2013) and was once again in the final (2011). But the 24-year-old Fritz, who belongs to the generation of Rublev, Zverev and Hurkach, had only one title – Eastburn-2019. Nevertheless, Taylor cannot be called a little-known tennis player. In 2015, he won the junior US Open, was in the finals of several ATP tournaments, including the five-hundredth in Acapulco 2020. Last year, after a leg injury, Fritz left the Roland Garros court in a wheelchair. He underwent surgery and won a match at Wimbledon in July. 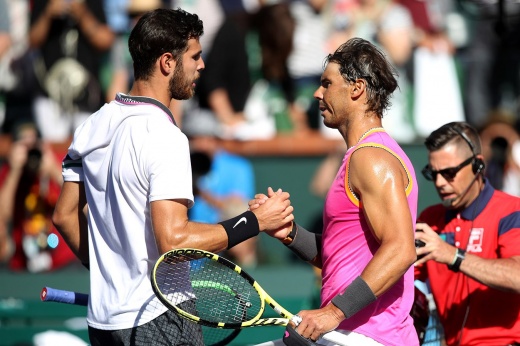 Nadal will examine Khachanov in Melbourne. And who of the Russians beat the King of the soil

Nadal also has a lot of health problems. Last season, after losing to Roland Garros in the semifinals of Novak Djokovic, the Spaniard paused, returned in August at the ATP-500 tournament in Washington, and then ended the year early. Even more unexpected was the start of 2022, in which Rafael won three consecutive titles (Melbourne, Australian Open, Acapulco) and reached the final of Indian Wells. In the course of the California tournament, the Spaniard set several records. In the match against Alcaras, he won the 954th victory on the open courts, ahead of Roger Federer. In the course of the tournament, Nadal was the first in history to cross the mark of 400 winning matches at the Masters. By the final, this figure reached 403 fights. 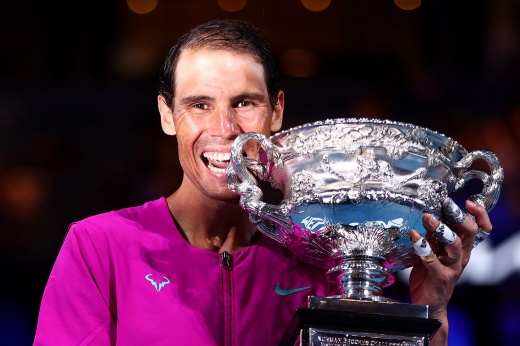 Nadal is the greatest! Rafa beat Medvedev in five sets and won a record 21st “Helmet”

Before the final in Indian Wells, Nadal and Fritz met only once – in the decisive match of Acapulco 2020, the Spaniard confidently won – 6: 3, 6: 2. Nevertheless, Fritz was determined to give battle to the famous Rafa: “It is terrible to realize that he will not give you a single point and will fight to the end. Nadal’s fighting spirit always leads him to victory. But his serve doesn’t get you off the court, so I’ll have a chance at the reception. Although he also plays great at the reception, so it will work in the opposite direction. I served well all week, but he will probably do something. “ 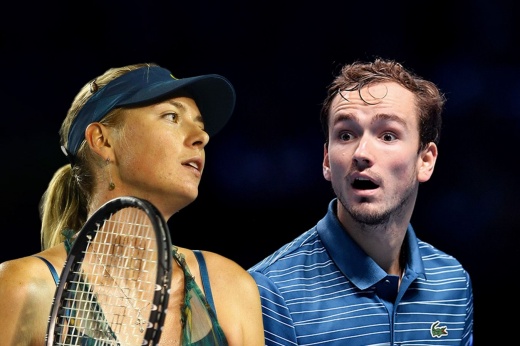 And for what Sharapov and Medvedev? Top 20 tennis players who were most insulted by the haters

The surprises started even before the final match. According to journalists covering the tournament on the spot, the American twisted his right ankle during the morning training and ended the class ahead of schedule. As his famous coach Paul Annacon later admitted, the whole team, including coach Michael Russell and fitness coach Wolfgang Oswald, urged Taylor not to go to the finals that day. However, the American said: “I will play. I can do that. I really want to go on the court with Rafa. “

Nevertheless, doctors managed to work a miracle. Taylor reached the final and stunned Nadal from the first minutes. The American played super-aggressively, boosted the pace and made Rafael make mistakes over and over again. Pretty quickly the score was 4-0 in favor of Fritz. But gradually the Spaniard improved the game in his games, and with a score of 5: 2 during the submission of the opponent on the set was able to make a break for the first time – 5: 3. However, immediately Taylor for the third time in the game took away from Nadal his game – 6: 3 in 40 minutes.

In the course of the party, Rafa called a doctor to the court. As it turned out, the Spaniard had problems with breathing and chest in general that day: “Honestly, when I was breathing, I felt pain. This appeared in the match with Alcaras. I don’t know what it has to do with, maybe a rib. But when I breathe or move, I feel inside like a needle pricking me. I’m a little dizzy. This pain severely limits me and does not make me feel normal. “ 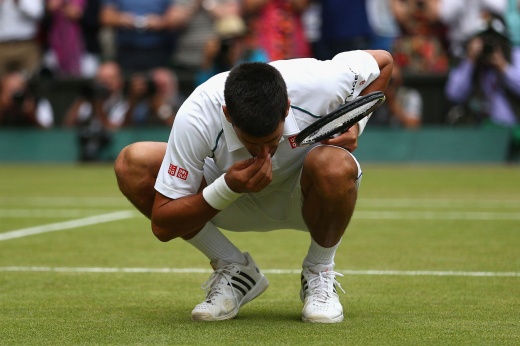 Nevertheless, the second party turned out to be much more persistent. Nadal led with a break – 2: 1, but immediately missed the advantage – 2: 2. In the next game, the Spaniard failed to realize four break points. With a score of 4: 5 on his serve Rafael managed to escape from matchball. And in the end, the fate of the game, the match and the title was decided on a tie-break, where the American was luckier – 6: 3, 7: 6 (7: 5) in 2 hours and 5 minutes.

After the match, the lucky champion said: “Winning such a tournament is one of those childhood dreams that didn’t seem to come true, and you try not to even think about it. I can’t even describe to you how much pain I felt in the pre-game warm-up before today’s match with Nadal. I literally took a couple of steps and shouted. I tried to play in a tough manner, we did a lot of work on the eve of the match. I went through a roller coaster of emotions and suddenly felt really happy. ” Fritz became the first American to win Indian Wells since Andre Agassi’s triumph in 2001. Thanks to this victory, Taylor earned $ 1,231,245 in prize money and 1,000 rating points. On Monday, March 21, he became the 13th racket in the world for the first time. Well, Rafael Nadal will rise to third place after the California “Masters” in 7 months.