Army derby to be! SKA beat “Spartak” and again arranged a meeting with CSKA in the West final 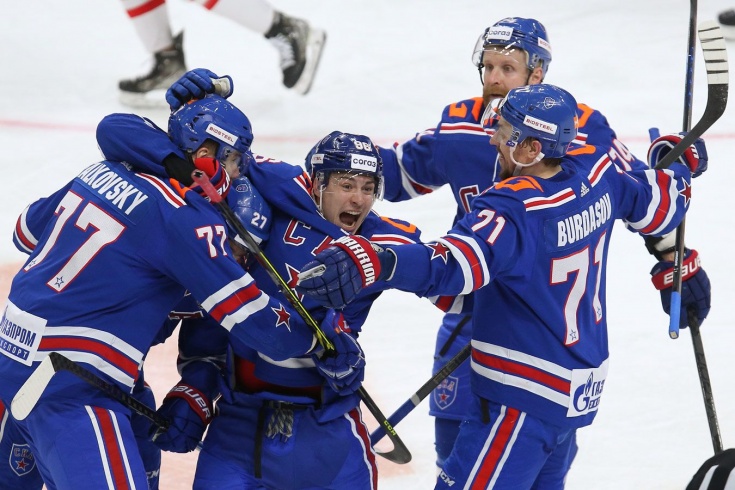 For the fourth time in a row, SKA and CSKA will play a ticket to the Gagarin Cup final from the Western Conference.

The last three matches of the semifinal series of the West with the participation of SKA and Spartak took place in approximately the same scenario – the red and whites owned more puck and combined in the opponent’s zone, threw a little more often, but still lost 2-1. In two cases, the outcome of the meetings was decided by Igor Ozhiganov’s goals, once again the army won thanks to the incredible individual skill of Andrei Kuzmenko. 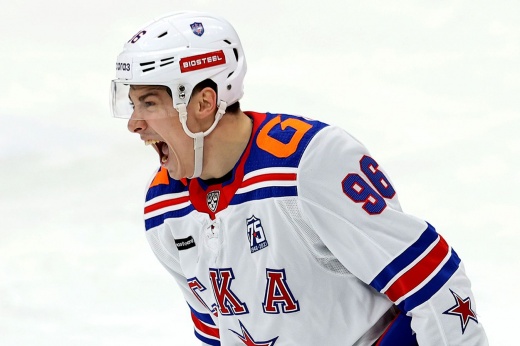 Kuzmenko is a genius of St. Petersburg! He shattered Spartak’s hopes and brought SKA closer to the West finals

Today’s game promised to be a little livelier, at least because Spartak had nothing to lose. “It simply came to our notice then. “I can say that Spartak – the national team – will not give up, will fight until the end, until the last second,” – promised the head coach of the Muscovites Boris Mironov at a press conference after the fourth match.

The red and whites came to the game charged – although it was not possible to gain a game advantage from the very beginning, but by the middle of the first period the initiative was completely on the side of the guests. And if in the capital the spectators did not see the goals in the opening 20 minutes, then in St. Petersburg, according to the established tradition, the red light came on before the first break.

Spartak actively pressed rivals in their zone and pressed to the mistake of defenders, thanks to which Dmitry Kugryshev did what he could not do two days earlier or in the other three matches of this playoff. The throw in the far upper corner was unbearable for Lars Johansson.

The red and whites could double the advantage before leaving the locker room, but could not realize the numerical advantage. But SKA took their chance at the beginning of the second period – after the throw of Mikko Lehtonen, the puck met with Leo Komarov and from him flew into the gates of Oscar Dansk.

For most of the remaining 20 minutes, “Spartak” was under pressure from the hosts, but to develop success with the wards of Roman Rothenberg failed – a confident game of Denmark and sometimes the usual bad luck played against the army.

But in the third period, SKA’s goal was not long in coming – “Spartak” made a mistake in the attack, and St. Petersburg instantly took advantage of such slowness. Fantenberg brought Gusev to the rendezvous with Denmark with an accurate pass, and the Army forward proved to be stronger, throwing in the second match in a row.

“Spartak” had a lot of time and opportunities to win back, but the company’s score for this series was 2: 1. SKA is going to the finals of the Western Conference, and for the red and whites the season is over.

Thus, SKA and CSKA for the fourth time in a row will play a ticket to the final of the Gagarin Cup from the West. The army derby could take place in the 2019/20120 season, but that draw was interrupted due to kovid. Now their meeting, as a year earlier, will not hurt.