In the African qualification for the World Cup, passions are boiling not only on the football fields. The confrontation between Senegal and Egypt, which ended in victory for the first in a series of penalties, caused a very strange scandal. One of the parties is behaving extremely inconsistently.

The Egyptians demand to replay the match, which took place in Senegal and ended with the victory of the hosts in a penalty shootout. All because of local fans who insulted rival players and blinded Mohamed Salah.

However, the Egyptians did not file a complaint immediately.

Lost in the case

If we put aside all external factors, Egypt lost absolutely in the case. Senegal could and should have decided the outcome of the meeting in regular time, without bringing everything to a series of penalties. The hosts were better and created many moments at someone else’s goal. And the statistics speak quite eloquently about the course of the match: 25 on 5 on shots, 60 on 40 on possession, 10 on 2 on corners…

At the same time, the Egyptians did not dominate much at home. Curiously, in both matches there were own goals in the fourth minute. Only Senegal really deserved the victory and could hit the gate more than once. Hence the natural passage to the World Cup.

The Egyptians got it

The return match from the very beginning promised to be difficult for the Egyptians. Not only did they not surpass the rival in anything, they also did not have to expect anything good from the Senegalese audience. Even before the game, fans smashed the window of the bus on which the Egyptian team had to get to the stadium. And for some reason the football players were not allowed to enter the arena for a long time.

At the stadium, local fans staged a real hell for the guests. One of the factory workers shouted insults at the loudspeaker, and the crowd unanimously picked up unsightly charges. Naturally, it is always difficult to play in such a situation.

During the penalty shootout, the fans went on the offensive. They shone lasers in the eyes of the opponent’s players to anoint them. Mohammed Salah was especially actively tried to be blinded. And it worked: the leader of the Egyptian team was nervous – and with all his might planted above the gate. The star was comforted by the whole team. But Mo’s Liverpool partner Sadio Mane calmly realized his decisive blow. The stadium rejoiced. 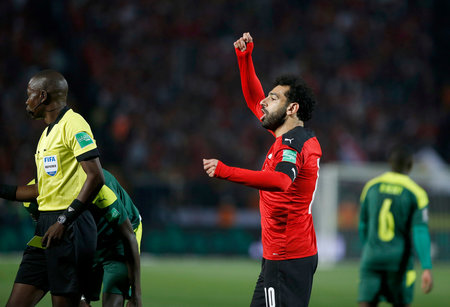 After the game, it seemed that the leadership of Egyptian football had every reason to cause a scandal. However, the head of the national association, Jamal Allam, was surprisingly calm. It was not so much ordinary human calm as almost monastic humility. The following words of the functionary appeared in the publication Egypt Independent:

– We played in a difficult atmosphere, but with God’s help, the players did everything they could. We really wanted to get to the World Cup, but that’s God’s will. He did what he thought was right. We expect that Senegal will receive a fine. The match will not be replayed.

However, the next day, Allah spoke differently. It is not very clear what such a change is connected with. Perhaps it’s the hype surrounding the Salah incident in all the world’s media. If the head of Egyptian football had put everything on the brakes, he simply would not have been understood.

– I am going to Qatar for the FIFA Congress and I hope to talk to Gianni Infantino. We demand a replay, because the game was played in a strange atmosphere. If we lost in the usual circumstances, we would congratulate Senegal on the way out, – quotes Allama portal Goal.com. 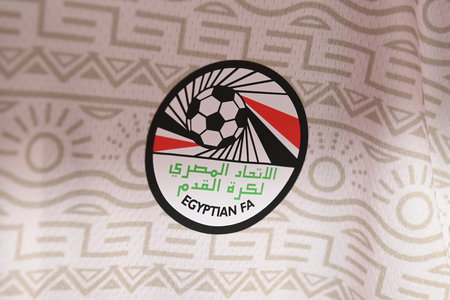 Egypt’s head coach Carlos Queiroz, who resigned immediately after the defeat, now seems to be returning to his position. Until FIFA makes a final decision, he will remain in office. It’s amazing how everything can change in literally one day. At first, people resigned themselves to the flight, and then began to complain. It seems to be just a PR move that came to the minds of the Egyptians a little later than necessary. It is unlikely that they really believe in the possibility of replay.