The day before, in the first part of the article about the main free agents of the upcoming KHL offseason, we talked about the situation in the clubs of the Eastern Conference. Today we will talk about the representatives of the Western Conference.


7 main free agents in the KHL East. Will they stay or go to a new place?

A year ago, Damir did not sign a contract with Torpedo for a long time, hoping to get a contract offer in the NHL. After an unsuccessful attempt to leave overseas, Zhafyarov still signed with Nizhny Novgorod and had a good season. 45 points in 47 matches made Damir the best scorer of “Torpedo” in the regular season and confirmed his attractive status in the market of free agents.

In March, the hockey player, who played 514 matches in his career in the KHL, turned 28 years old. Thus, in the off-season he will be considered an unlimited free agent. And there is no doubt that the demand for the player in Russia will be very high. However, the player himself has not yet parted with his overseas dream, but according to his agent, this time they will not wait until the summer waiting for the opportunity to sign a contract in the NHL.

“What is he inclined to do – the KHL or the NHL? I will say for sure that we will not wait as long as last season. If there is an option with the NHL, we will sign a contract there. If not, we will think about the KHL, ”hockey agent Shumi Babayev, representing the striker, told the Championship.

At the end of February, the authoritative publication The Athletic ranked the most interesting players who have not been drafted by NHL clubs, are free agents and can sign a contract with a team from North America. The 26-year-old SKA striker topped the list. And it is easy to find an explanation for this. The Russian forward is spending the best season of his career, first giving a very strong regular, and now being the best sniper in the KHL playoffs. 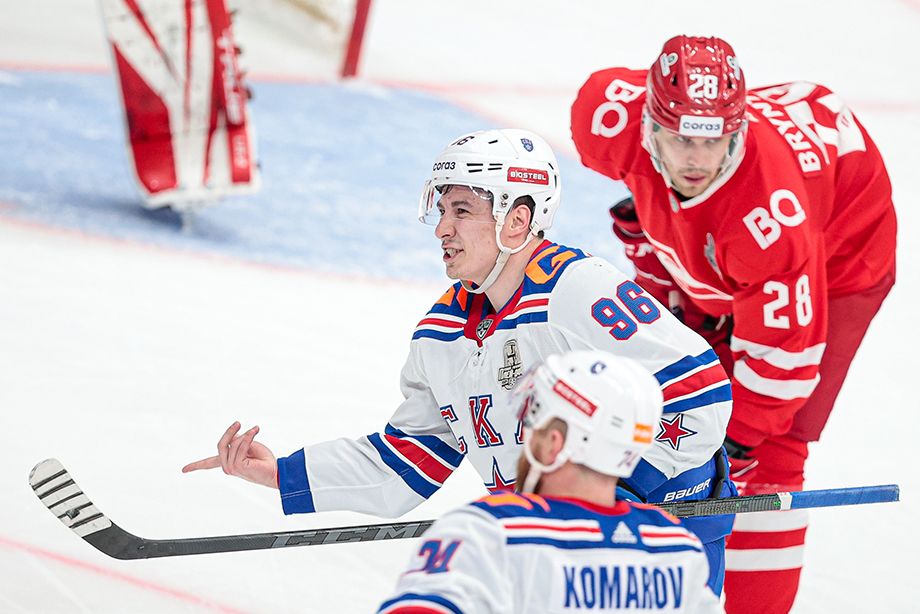 There is no doubt that in the off-season the SKA leadership will make every effort to leave the creative striker in Russia, but for Kuzmenko himself now is a great time to prove himself overseas. Andrew is in the perfect hockey age and is in high demand in the NHL. The example of other Russian players shows that it is quite possible to gain a foothold in the North American club, but the main thing is to soberly assess your strengths and not make a mistake in choosing a team.

The 29-year-old Gusev is just one of the living examples for Kuzmenko in terms of how important it is to analyze everything correctly when concluding a contract in America. It was difficult to imagine a club more unsuitable than Toronto to get the last chance in the NHL, but it was with the Maple Leaves that Nikita signed a contract earlier this season. Unexpectedly failing to break into the Canadian team, Gusev returned to SKA and is also expected to become one of the leaders of the St. Petersburg club.

This season, KHL Nikita is gaining more than one point on average per match, showing stable performance. And on Monday, April 4, the striker sent the winning puck to the goal of Ivan Fedotov in the second match of the Gagarin Cup final in the Western Conference, being able to help his team equalize in the series with CSKA.

Gusev’s contract with the St. Petersburg army is calculated until the end of the season, after which Nikita will receive the status of an unlimited free agent and will be free to control his own career destiny. But it is quite difficult to imagine a situation in which SKA will allow the striker to move to the camp of another team in Russia. The army will definitely not skimp on a new contract with Nikita. 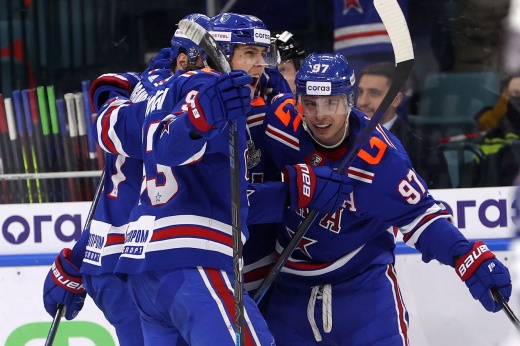 The 10th will not be! SKA won back in the West final and interrupted CSKA’s grand winning streak

Two years ago, the management of the Moscow club offered its defender one of the best contracts in the history of the KHL. According to various sources, it was a five-year agreement with a salary of almost 150 million rubles for one season. It is difficult to imagine that 150 million a year could become the basic salary for a Russian player. Most likely, this amount included bonuses for various individual achievements. But even in this case, Nesterov would be among the top three highest paid players in the modern KHL. 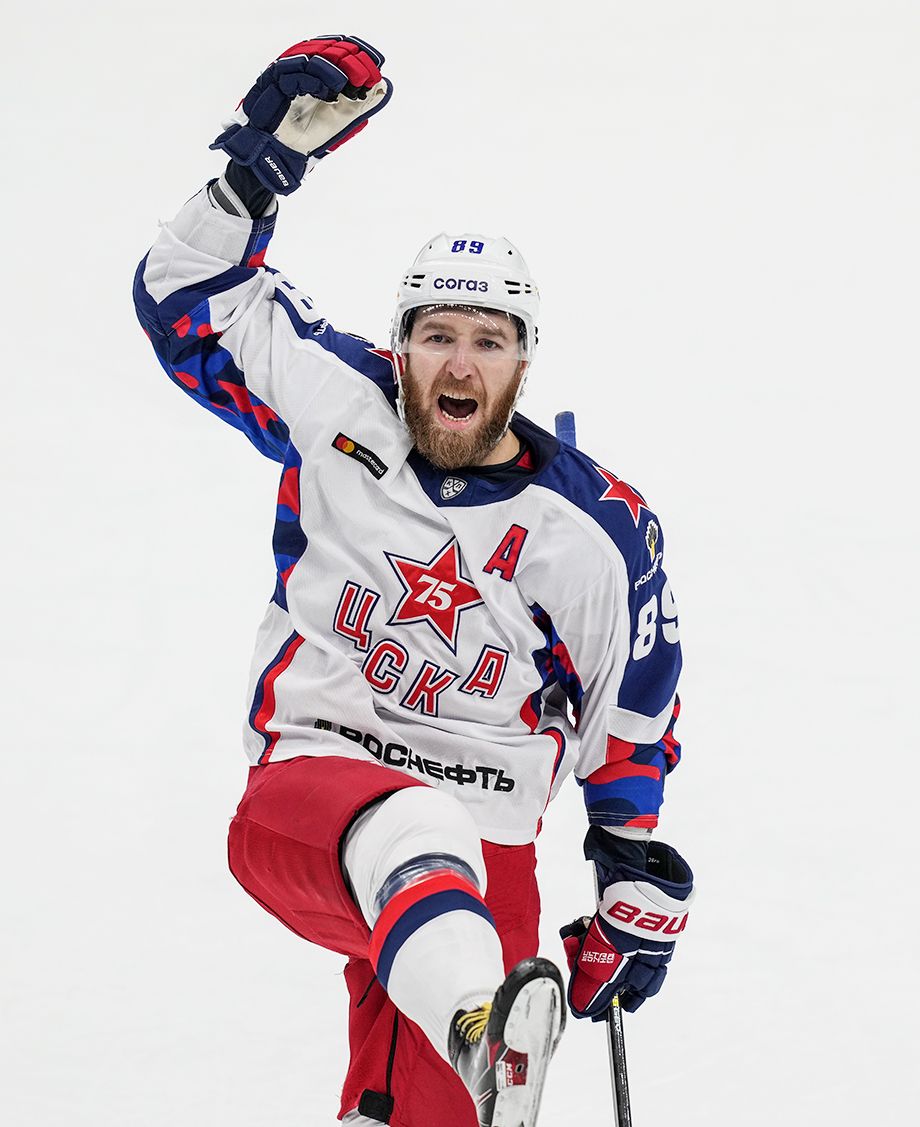 However, then the pupil of Chelyabinsk hockey refused the offer of CSKA, deciding to rush for an overseas dream and once again test their strength in the NHL. The minimal contract with Calgary turned out to be a big mistake of the defender and his representatives – and the visit overseas turned out to be short-lived. Just after one season in the NHL, Nikita returned to Russia, where he had no options other than a contract with CSKA, as the defender was a limited free agent.

Only this time in the Moscow club no one thought to offer the hockey player such a generous agreement as last time. In addition, Nesterov himself, according to him, felt guilty for leaving CSKA. As a result, the parties signed a one-year contract with a rather modest salary for the player. According to various sources, the amount of the agreement ranged from 25 to 40 million rubles. In the upcoming offseason, Nikita becomes an unlimited free agent, and CSKA will no longer have any leverage to negotiate from a position of strength. And Nesterov’s game this season has already atoned for his decision to leave for Calgary, which means that the player’s salary under the new contract will almost certainly increase 1.5-2 times.

In 2020, a pupil of Khabarovsk hockey became a participant in a high-profile exchange. His former club SKA tried to fit into the rigid salary ceiling, and to this end, the leadership of the army club was negotiating with their players to change the terms of the agreements. Some agreed and re-signed contracts with SKA, while others refused and left the army club as a result of the exchange. Plotnikov was in the second category of players, for which he was exchanged for “Cupid”.

However, as such, the return to the home club did not take place. Amur player Plotnikov visited only on paper and was soon exchanged for Magnitogorsk Metallurg. There, Sergei spent a solid season in terms of statistics, but disappointed the coaching staff of the Ural team behavior in the locker room. The head coach of “Magnitka” Ilya Vorobyov expected much more from Plotnikov than he could give to the team, and last spring the Urals gave up the hockey player. 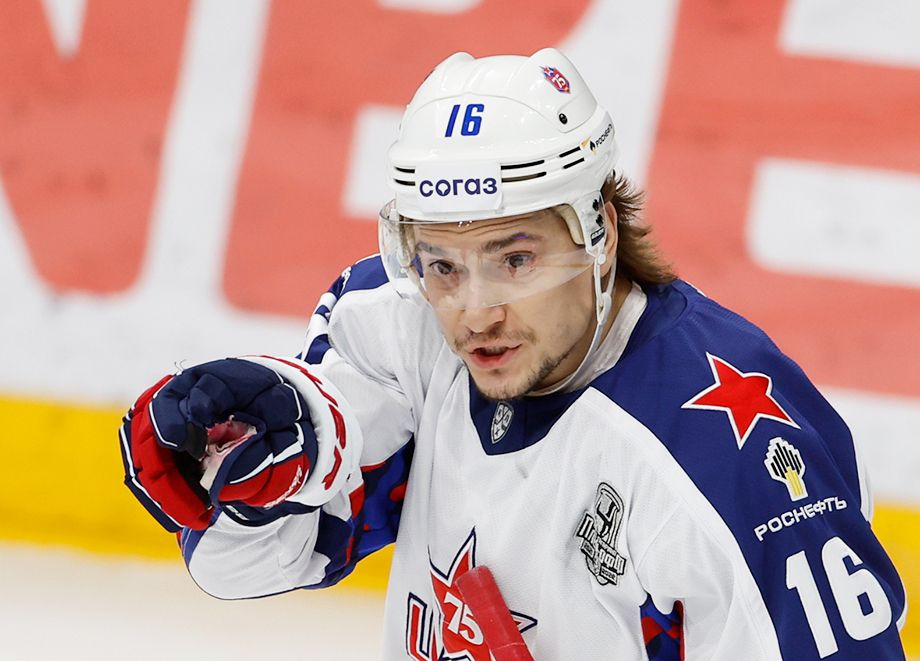 Most likely, CSKA’s management was a little wary of the latest developments in Plotnikov’s career and offered the player an agreement for only one season. And this rate worked in both directions. Sergei did not hold the brightest regular championship, but in the playoffs his trio with Konstantin Okulov and Vladislav Kamenev regularly gave the result. Each of the three listed players copes with their work on the ice, and the whole of CSKA went undefeated in the first two rounds of the KHL playoffs.

Unsurprisingly, according to Match TV, CSKA has already decided to extend the contracts of both Plotnikov and Kamenev. And this time these agreements are designed for a long time. Sergei has to sign a two-year contract, and the younger Vladislav has to sign a three-year one.

An important legal nuance associated with obtaining the status of an unrestricted free agent is that everything is determined based on the year of birth of the hockey player, and not his actual age. Despite the fact that at the time of the opening of the market of free agents, the defender of the Moscow “Dynamo” will be 27 years old (the player’s birthday in July), for the KHL Mironov will already be considered a 28-year-old hockey player. This means that on May 1, he may receive NSA status if he does not agree on a new contract with his home club by then.

Defender Mironov is without exaggeration a cult figure for most fans of the Moscow team. Human nature is arranged in such a way that people are ready to forgive their students more than others. And this is quite normal practice. After the end of his career, the great goalkeeper Alexander Eremenko Mironov may remain in “Dynamo” the last current player to win the Gagarin Cup with the team. 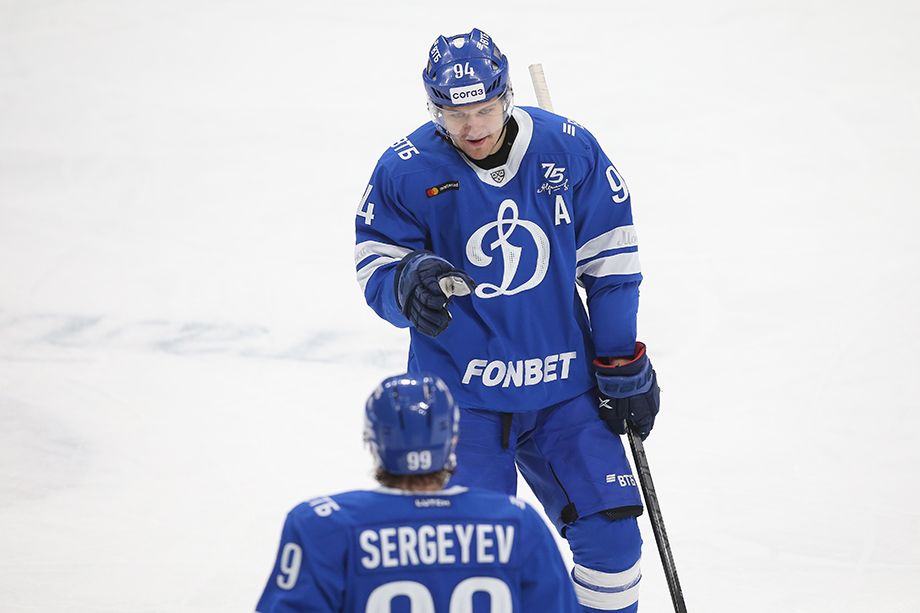 In the entire history of Dynamo, only eight players can boast of having played 500 matches for the Moscow club. These are Sergei Vyshedkevich, Valery Vasilyev, Zinetula Bilyaletdinov, Vasily Pervukhin, Alexander Maltsev, Alexei Troshchinsky, Vitaly Davydov and Oleg Orekhovsky. Even the legendary Vladimir Yurzinov Sr. played fewer matches for Dynamo than Mironov. And Andrei is missing only three meetings before conquering the memorable frontier in 500 matches.

Will he play them? Depends on the flexibility of the player and the leadership of the Moscow “Dynamo” in negotiations. It is known that the salary of a hockey player under his previous agreement categorically did not suit the white and blue bosses. And Mironov himself, well aware that the last seasons in his performance were not the best, has already cut back on their requests. But even now the parties are far from reaching a compromise. In case of failure in negotiations with Dynamo, Mironov will not be left without a job in the KHL. It is known that one of the clubs of the Eastern Conference is seriously interested in the services of a hockey player.

The 33-year-old striker returned to Yaroslavl nine years after the lockout season 2012/2013, in which Anisimov last played for Lokomotiv. The striker has built a very successful career overseas, having played a total of over 800 matches in the strongest league in the world. In his home club, Artyom from the first matches began to show the product in person, giving a new impetus to the attack of Igor Nikitin’s team. In the regular season, Anisimov was one of the best in Lokomotiv, for which he was called up to the Russian national team for the Olympics. 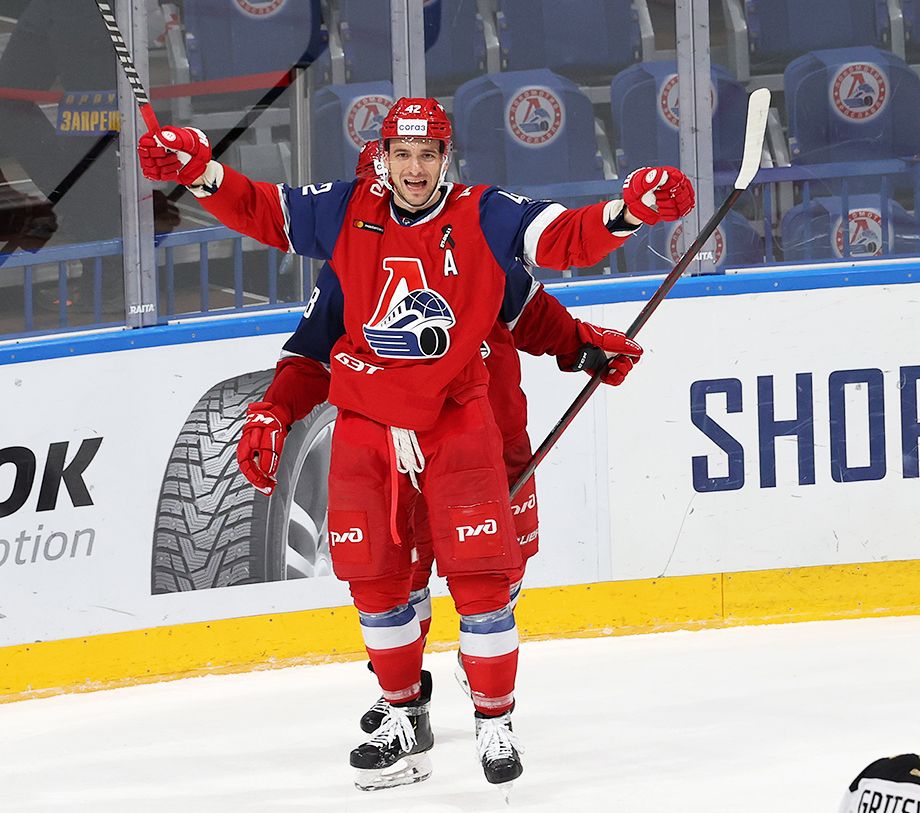 But it so happened that this story played a nasty joke on the hockey player. In Olympic Beijing, Artyom had to settle for reserve status, which led to the loss of strikers playing practice. After returning from the national team to the club’s location, Anisimov had to play the playoffs from the list and immediately against a very serious opponent – CSKA. In this series, the experienced striker was not the worst, scoring 3 points in 4 matches. But the head coach of the Railways did not hide that, if it were not for the situation with the Olympics, the forward would be much better prepared for the decisive matches of the season.

The player’s contract with Lokomotiv expires on April 30, after which Anisimov may receive NSA status. But it is very difficult to imagine the situation in which next season we will see Artyom on the ice in the sweater of another team.

Other notable Russian players who can enter the market of unlimited free agents: