The real races turned out to be tougher.

March 11 – a week before the first official session of the new “Formula 1” – Netflix released the fourth season of the documentary about the best racing series on the planet Drive To Survive. He can be considered successful: 4 days later he topped the world chart of all American streaming projects.

The positive effect of the show is undeniable: taking into account all the factors of increasing the entertainment of “F-1”, falling popularity of local championships and aggressive expansion into the US market (ESPN for the fourth consecutive year received free broadcasting rights) record attendance at 400 thousand the third upcoming Grand Prix in the United States (Miami is already on the calendar, and the arrival of Vegas is actively discussed) – clearly the merit of a new perspective from Netflix.

In the United States, the F-1 went crazy: 400,000 people came to the Grand Prix. Additional tribunes were needed

“F-1 attracts a new generation of fans, attracts many girls thanks to pretty young drivers,” said Red Bull boss Christian Horner. – People want to know more about them as individuals, especially in America – there is a boom. Therefore, support from sponsors and revenues is growing, tickets for the Grand Prix are being bought, and for the stands of Silverstone [в Великобритании] they want to add 20,000 seats. “

How do millions of streaming views convert to new Grand Prix visitors? Is the fourth season good? Is Formula 1 going to change Netflix? 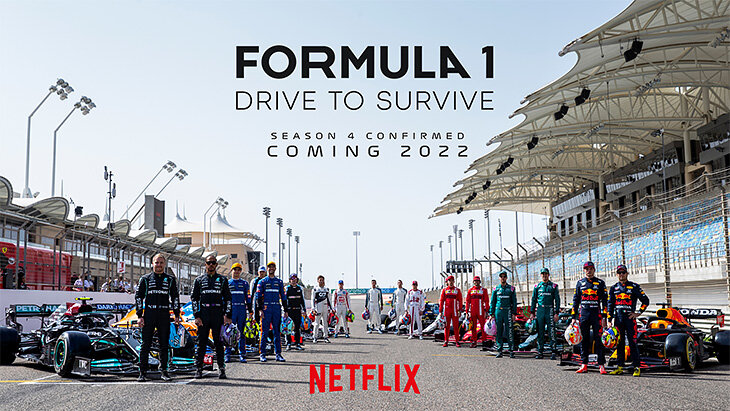 The debut 10 series blew up the world not with overtaking, not powerful machines and not analyzing the coolness of technology – but personal stories: swearing at Haas boss Gunther Steiner, immense sadness of Romain Grosjean because of endless accidents (“I can’t sleep, failures suck my life out of me “), Mutual trolling between Horner and Renault boss Cyril Abitebul, the backstage of the escape of Daniel Riccardo from Max Ferstappen’s Red Bull… outside the microphones and cameras of TV crews.

Netflix has shot a series on “Formula 1”. It will be interesting even for those who do not watch the race

For the rest, racing fans have criticized Drive To Survive for its bizarre dramatic montage, which brings together moments from different circles without explanation, fake comments, strange “a la action” sounds in collisions and reactions like “fantastic overtaking!” on detours of outsiders in DRS.

And, of course, the directors caught a certain amount of hatred for pumping excessive drama in the confrontation: for example, between the Spaniards Carlos Sains and Fernando Alonso at the home Grand Prix (in reality there is zero TENSION between them), and the ugly image of Sergio Perez caused a real rage. Mexican fans. The latter even reached the account of “F-1” reporter Will Buxton – for a few phrases taken from the 8-hour interview.

But Drive To Survive was not originally aimed at fans of the world of racing – they are already familiar with all the events of the season, and it is unlikely that Netflix hoped to promote them to subscribe just to review the familiar highlights. 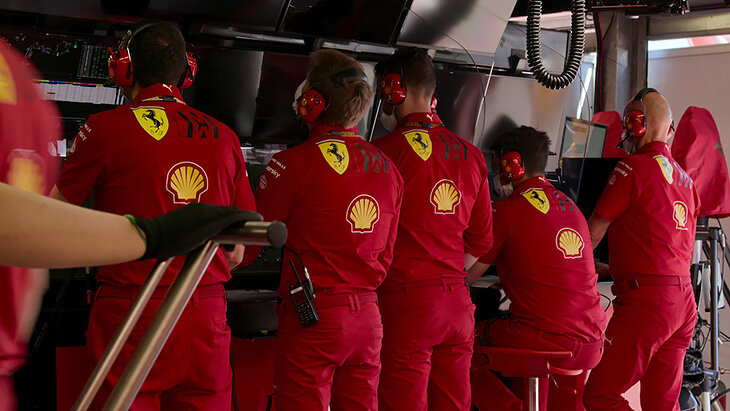 The main audience is for beginners – those who do not want to watch all 50-70 laps of each race in a row, but want a quick and short dive. For them, in general, it does not matter what happens on the track, the nuances of technical updates, the tricks of the suspension or steering columns and the mechanics of the fastest pit stops. All you need is drama and its behind the scenes: this is how the racer prepares for the race, this is what difficulties he schematically overcomes, and this is how he rejoices / saddens in the end. Even historical truth like the sequence of events is sometimes sacrificed to cinematography – if the outcome does not suffer or does not change.

Therefore, from the very first series, the creators of Drive To Survive have chosen the right approach: to mirror well-known events with internal spy records, revelations of the main characters and personalization of any moment. I had to play at random, go through the most interesting of the available and ready to share my life – after all, in fact, in the early years, like “Mercedes” and “Ferrari” avoided the series. As a result, middle-class people, outsiders and ringleaders got a chance – and opened up, taking the chance to get out of the shadows of favorites, appear in front of the public and show what the public has never seen before.

That is why for the first three seasons the best series are the most honest, personal and sincere. It’s like a lovely story about Alex Albon’s ascent (although in addition to a personal drama with his mother in prison, the plot also included the unfortunate Pierre Gasley, who was scorched by the whole team), mats and Gunther Steiner’s fights, Esteban Okon’s attempts to cling to any place. Formula 1 “and so on. There were fewer really good episodes with the tops – because they often refused to show at least something except “the same faces and words, but shot a little sideways, from the boxes.” In fact, only Netflix managed to do well about Valtteri Bottas and the Russian Grand Prix (where Mercedes seems to have been a little paranoid about the wave of mistakes and coincidences) and the quarrel between Christian Horner and the former Renault boss. “Cyril Abitebul (it turned out that gold is really outside the press conferences). 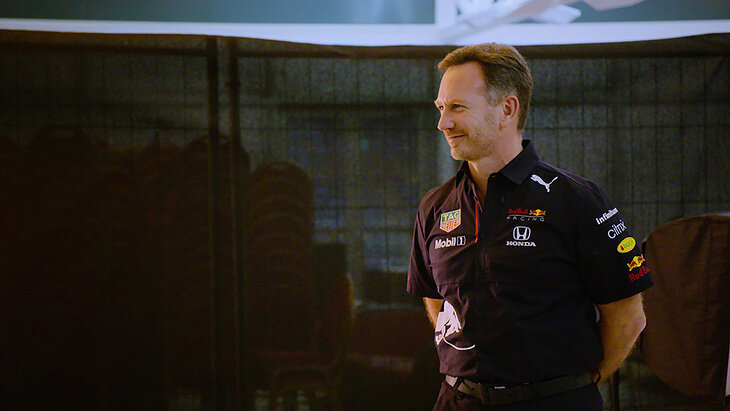 In other cases, we only saw extended versions of the official positions of the top teams, presented in a dramatic cut – marketing duty served successfully.

The fourth season came out too cool for the old format. But Netflix did not go beyond that

The whole previous scheme of knocking out the wow effect from the public worked under one condition: there is no real intrigue in the championship, the fights end quickly, many spectators fall off in the middle and then are sincerely surprised: wow, there is life in the middle of the peloton! Then you can shoot as many stories of “Haas” as you want.

However, a really busy year broke the logic of success. “Mercedes” and “Red Bull”, together with Hamilton and Ferstappen, made real Hollywood a reality and made us forget about most of the minor plots. Who really cared about the fight between Ferrari and McLaren, say, after the Russian Grand Prix? Or Yuki Tsunoda’s transformation? What returned Windows? What other new Williams boss? Everyone was waiting for only one thing – after the Italian Grand Prix, the volume of the topic of the fight for the title ate everyone else. Well, it’s true. 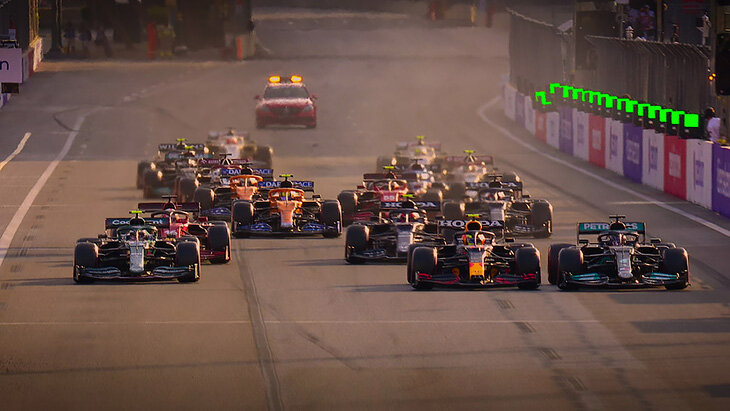 And what will the viewer of the fourth season see? Yes, in fact, nothing unfamiliar to those who watched the Grand Prix. All the clashes between Max and Lewis are revealed in an accurate interview from the press, the drama cut the Brazilian Grand Prix from the series and even completely removed all the processes after Abu Dhabi. Quotes – only flashed in the press or broadcasts. The views are the same. Horner was in charge of the “inside” and “internal disclosure” segments – but he only told his family at home how difficult it was to fight for the title, and swore a couple of times at “Mercedes” and Wolff “behind the scenes”. ). And what is left when the most popular pilot of the championship (and one of the main actors in the drama of part-time drama) refuses to act because of the distorted image of previous years?

A paradoxical situation emerged: the headliner of the season came out castrated. In the real Grand Prix, it unfolds much more intense, fuller and more dramatic – and leaves a feeling in the style of “THAT’S WHAT WE HAVE SEEN AT ALL ?!” The finale of the fourth season leaves only the aftertaste “AND THAT’S ALL ?!”

Understand correctly: the series with Yost Capito and “Willias” is good, the plot with Mazepa’s taming “Haas” is pure gold, and Yuki Tsunoda arranges a parade of confessions for three. But the lines of “McLaren” and “Ferrari” came out passable (and this is not the fault of the teams), and the directors did not master the main line at all. It seemed as if there was no special understanding of what to do with it at all – and decided to put as it should, the good with such a powerful sign the season was a success in any case. Judging by the ratings of Netflix, the situation is calculated correctly – now the interest in Drive To Survive and “Formula 1” has become a self-sustaining mechanism. 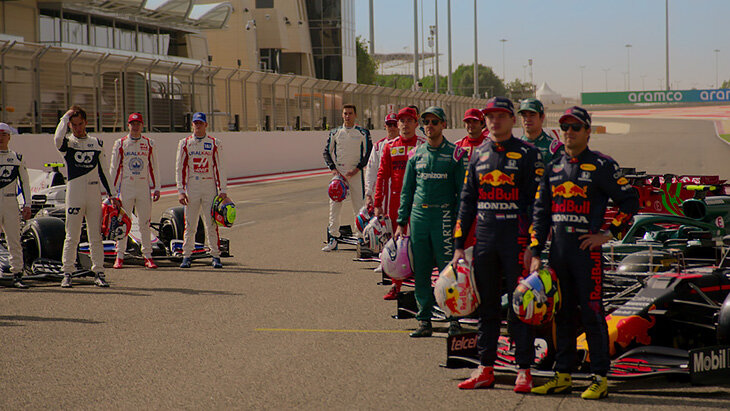 But still, we saw an epoch-making moment: initially, the more European sport became more interesting than the American documentary about it, made by Americans for the American audience. This is an epic.

It seems that “Formula 1” is beginning to realize who has a real advantage – the head of the championship Stefano Domenicali even put forward something like a hint of the upcoming revision of the deal.

“Drive to Survive has had an incredible effect, no doubt about it. This is especially true for attracting new audiences, especially in markets such as the United States. Together with friends from Netflix, we will try to make Drive to Survive a key factor. If the series is just another way to talk about F-1 and not increase our value, then maybe it’s better to renegotiate so that Netflix and other partners can create something else in the future. “

From the side of “Formula 1” are also ready to meet – Domenicali in a recent interview with La Gazzetta dello Sport even justified the additional drama of some moments of the series and promised to work with “refusals” from filming (especially the new champion Max Ferstappen). 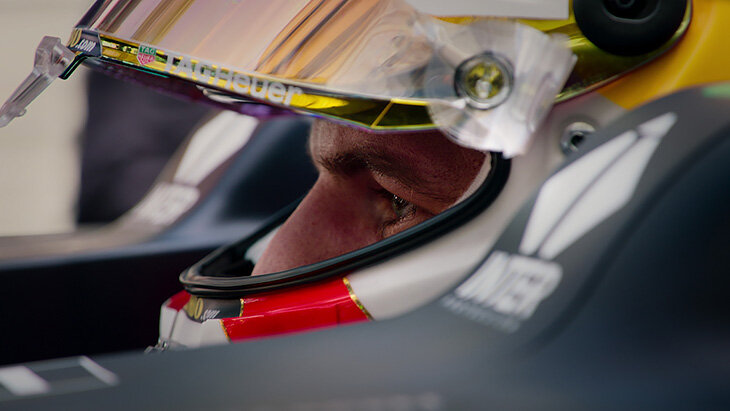 “Additional drama helps to ignite interest. Although there are topics that need to be rethought. If the rider refuses due to disagreements about the image on the screen, we will discuss it constructively. Let him say what he wants to look like.

Netflix managers are already meeting with teams, we’re talking about culture. If you want to enter the US market, you have to speak their language – “F-1 needs to adapt.”

For the first season, Netflix paid $ 5 million for the championship – and the deal can be called brilliant. Now, fans only in the series about the Mazepins and Tsunoda saw the same interesting behind the scenes – even Horner’s constant curses at Wolff can not be recorded in the revelations. The series is rapidly losing the vibe of “opening races from a new perspective” and turns into a simple short retelling of the year – “Formula 1” can easily shoot this herself.

But watching the new season is still worth it.

“They don’t love you for that!” Mazepins exposed in the Netflix series about “Formula 1”

The F-1 has a “road of shame.” Everyone hates her, but they pass every day – she reminds outsiders of defeats

Netflix has revealed tensions at Mercedes: Bottas is suspected of selfishness, and Hamilton’s psychology is more important than his partner’s victories