The Cameroon national team qualified for the 2022 World Cup, beating Algeria in a two-match match with a away goal and thus returning to the World Cup after missing the World Cup in Russia four years ago.

In the absence of a team led by Valery Karpin, which was deprived of the opportunity to play its own match with the Poles, Qatar could not see the players with Russian citizenship in December, if not for Gael Ondua.

The midfielder of the German “Hanover” has close ties with Russia – at the age of nine he came with his father, who worked at the Embassy of Cameroon, in Moscow, where he was selected for the Academy of “Locomotive”. In the camp of “railroaders” Ondua trained for ten years, where he achieved significant success.

In 2012, Gabriel won the Cup of the Russian Football Union (RFU) among football players born in 1995 and the top scorer of this tournament.

Two years later, the player joined the camp of CSKA Moscow, where he played 29 matches in the youth championship of the country. Once the then head coach of the army Leonid Slutsky entrusted Ondua to leave the main lineup of the club – on September 24, the Cameroonian Russian made his debut for CSKA in the National Cup match against Dzerzhinsk “Chemist”, replacing Alexander Golovin.

Two years later, Ondua moved to Denmark, where he played for the Vejle club from the city of the same name. In this club Gael spent a season and a half, played 23 games and scored two goals. At the end of 2017, the footballer moved to Luhansk “Dawn”, where he has never been on the football field in six months.

In the summer of 2018, Ondua signed a contract with Makhachkala’s Anzhi and 25 matches in the Russian Premier League (RPL). In 2019, the Dagestani team was unable to obtain a RFU license due to debt and flew immediately to the Professional Football League (FPL), bypassing the Olymp-Football National League (Olymp-FNL), due to which Ondua moved to the Swiss “Servette”. 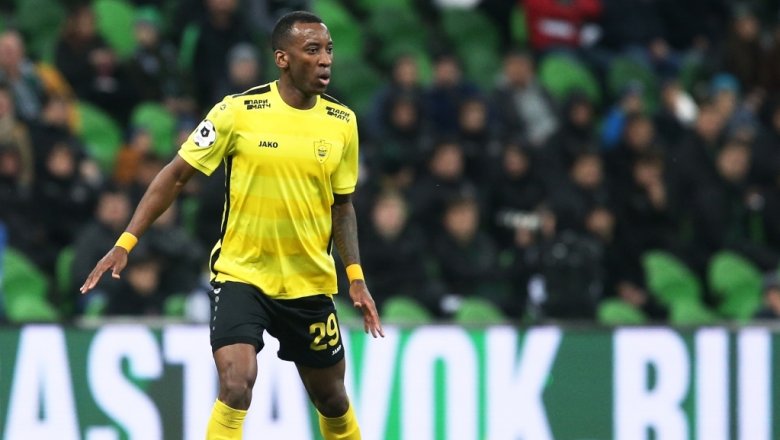 The successful performance at the Geneva club attracted the attention of the Russian media, which seduced the 24-year-old player to the camp of the Russian national team. Ondua himself also intended to play for Russia, not for Cameroon, but Stanislav Cherchesov, who coached the national team at the time, never spoke to the midfielder.

In 2021, Ondua moved to Germany and began performing for Hannover 96. The transfer to the club from the second Bundesliga together with the change of the head coach of the Russian national team made the player look at the situation with new hope. In January 2022, Gael declined an invitation to play for Cameroon in the home Africa Cup of Nations.

“I will gnaw the ground and plow the field to get into the Russian national team. This is my dream. I understand that the competition is fierce, and most of the guys are playing in front of the head coach of the RPL, with the exception of Sani Golovin, Alexei Miranchuk, Cheryshev.

God forbid, I deserve my chance to prove myself in the T-shirt of the national team. Much depends on the current location and outcome of Hanover. If we go to high positions, maybe we will be able to attract attention, “- quotes the words of the midfielder Sports.ru.

However, two months later, Ondua accepted another offer from the Cameroon Football Federation (FCF) and made his debut as part of the “indomitable lions” in the final of the qualifying tournament for the African continent for the World Cup in Qatar.

“Friends, I have made an important decision for myself – now I will play for the national team of Cameroon. The decision is not easy, but it motivates me a lot as a footballer and as a professional, ”the player wrote in his Telegram channel, which he hosts in Russian.

It is obvious that Gael’s decision was influenced by the exclusion of the Russian team from participating in the clash with the Polish team – to wait another four years to be able to play in the World Cup, the midfielder did not want to.

Ondua will meet his rivals in the group stage of the World Cup in Qatar together with his Cameroon teammates on April 1.