Belogorye playmaker Stanislav Masliev has been longing for volleyball for four years – the athlete was suddenly found to have doping, when in 2016 he crushed rivals on the net in the Austrian “Hypo Tyrol”. Excess weight, divorce, unemployment. Big volleyball seemed to be over. But six years later he became №1 in his position at the Belgorod club, sitting on the bench of strong legionnaires.

This is the story of Russia’s main volleyball comeback.

“Easier to say yes and wait for a solution”

If one day they knock on your door and say that they are taking away your dream job, prospects, finally, the meaning of life – your actions? About all this for the 22-year-old playmaker from Belgorod Stanislav Masliev was volleyball. From the age of six, he dreamed of Olympic gold and the Champions League. But in a few days the Russian player from the Austrian top club lost everything.

Doping was found in his body – the shock inside was announced there, in Innsbruck, surrounded by stunned colleagues. A foreign country, language, people and zero tolerance for doping – on the same day, the club’s bosses terminated the contract with the volleyball player, not allowing him to explain or say goodbye to his teammates.

“There were such negative moments on the part of the club’s management, but not on the part of the coach and the players. It was rather a misunderstanding. Why did they find it, how did they find it and what to do, ”the playmaker recalls. At the same time, the Austrian Volleyball Federation significantly deprived the club of five points in the standings, and Masliev – a chance to rehabilitate.

“The manager started asking if I could drink, maybe some vitamins. I named everything I took for a cold and what the doctor gave me. They promised to find out, but then they said that it was some kind of steroid and that there was nothing to do about it. It’s easier to say yes and wait for a solution.

After the opening of sample “B” there was no talk of an appeal. The world is already carefully chewing on doping sensations from the pages of the McLaren report. It was then that the playmaker became one of the hundreds of Russian athletes in the multi-series epic.

“The situation in Austria has been difficult. Both the management of the club and everyone who was involved in my transitions clearly said that I had to agree with everything, because if I had written an appeal, the disk would have been bigger: it could have multiplied several times, ”says Masliev. 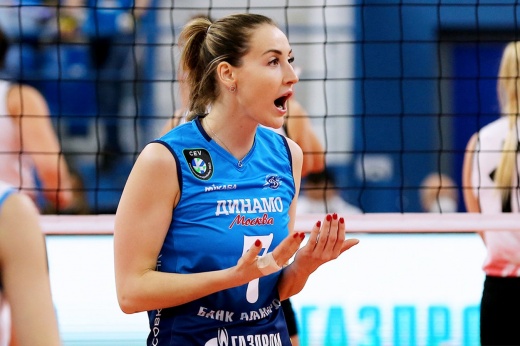 About Russian volleyball players just wiped their feet. A glaring story in the Women’s Champions League

Stanislav failed a doping test after the Champions League qualifier against Israeli Hapoel Mate-Asher in 2016. Traces of the anabolic steroid stanozolol were found in the athlete’s blood. Even the athlete himself did not understand how the drug, which was completely unnecessary for a volleyball player, got into the body – its use threatens to damage the joints. One of the assumptions is with sports supplements. Although there were medical consultants in the Austrian club, everything that the athletes ate was on their conscience. There was no investigation, and during the disqualification the volleyball player was not followed by the anti-doping service – the incident was simply forgotten.

“I am sure there is nothing there. But the drug that was found, it turned out, can remain in the body for up to 16 months. It is possible that he could get in the summer or last season and stay there. When, at what point – not calculated. Then I had a contract with Belogorye, but I was on lease at the Moscow State Technical University. If he bought something from pharmacology, it was himself, in a sports nutrition store. You could check the medications I was taking. But there are no checks or cans left. “

The guy’s life, like a Bermuda triangle, began to attract one problem after another: the Austrian residence permit was no longer available, so three days later he took a ticket at his own expense, packed his things, closed his bank account and flew home. Already in Belgorod, he learned the term of the disk – four years. Stas lived on savings: he was going to build a house, filled the foundation, but the incident froze plans. In addition, his wife gave up, and the stress of parting turned into a big plus on the scales.

Stanislav decided to revive his life from his studies: in 2019 he graduated with honors from the Moscow State Academy of Physical Culture in Malakhovka with a degree in “Theory and Methods of Sports Games.” One of the positive aspects of the disco – there was a lot of time to study: no truancy and fours.

“I walked for two weeks, talked to friends, explained the situation. He didn’t even start playing volleyball right away. Although there are many halls in Belgorod, the guys compete and go to amateur tournaments. He didn’t even start going there right away. It was painful, unpleasant. When Belgorod once played with Kazan’s Zenit, I was sitting upstairs, and I was blown away. Strong emotions, I wanted to come back, but according to the calendar there were still 3.5 years of expectations. During this time, he did something every day: went to the gym, amateur leagues every day. He devoted all his free time to this, ”says Masliev. 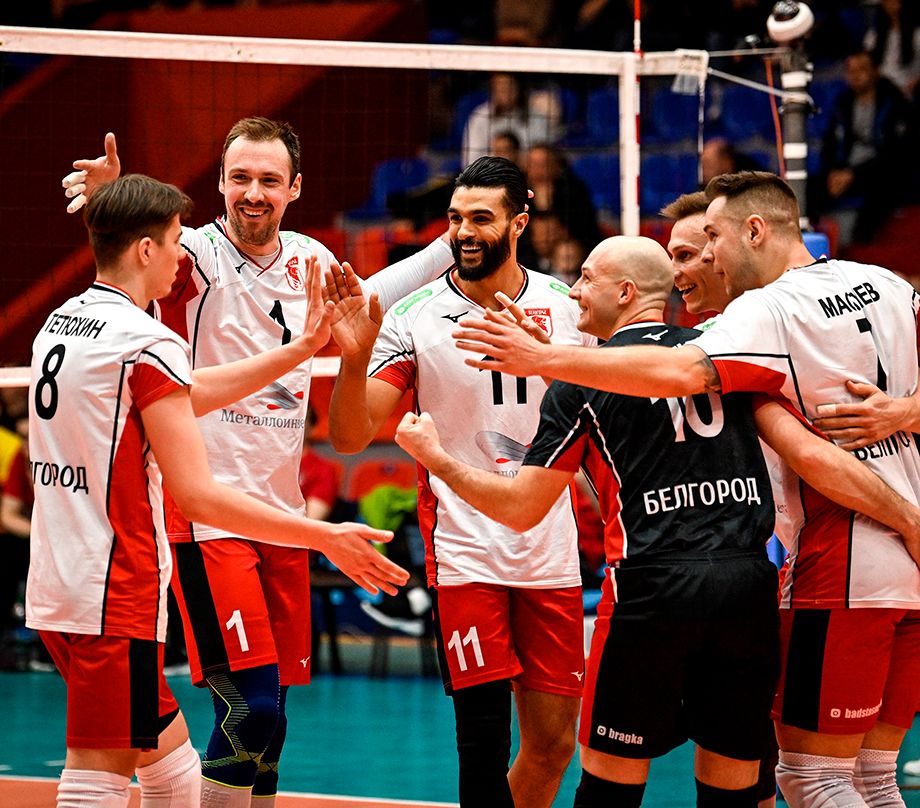 They came to him before the volleyball player started searching for the club. In April 2020, the head coach of the Ugra “Samotlor” Valery Pyaskovsky called, and Stanislav was in Nizhnevartovsk, where in two months from reserve he became the first player in the team. And then his first club remembered the pupil, where back in 2016 he tried to squeeze into the field through the best opponents in the world in this position:

“In 2016, there were the best players in Belgorod. Then I learned a lot, just training with them. Playing in the conditional “Orenburg”, many gain less experience than if they trained with guys like Sergei Tetyukhin, Sasha Kosarev, Dima Ilyinykh, Taras Khtei in the best years. “

Today, Stas starts almost every match, and ousted Serbian Nemanja Petrich, as well as Russians Ivan Kuznetsov and Ilya Spodobets. He scored 107 points, 163 innings had 10 aces. In the attack, Stas also shows the average figures in the Super League – 51% efficiency. For example, about 60% are mostly in the collections: Ilyas Kurkaev (63%), Maxim Mikhailov (54%), Dmitry Volkov (53%), Artyom Volvich (69%). But the reception, the athlete is sure, needs to be tightened – only 35% efficiency.

“I have always been confident. When he was sitting in the disco, he told everyone that I would return and be fine, but no one believed: everyone was joking, talking sarcastically. I have never been a substitute, not counting the Belgorod legends: in “Nova” I was first the fourth player, but in two months I joined the team. Then he went to the Moscow State Technical University, where he beat everyone, then in Austria. They said that even in Nizhnevartovsk I would be eaten – there are many healthy young guys. But I clearly set a goal, “Masliev explains. 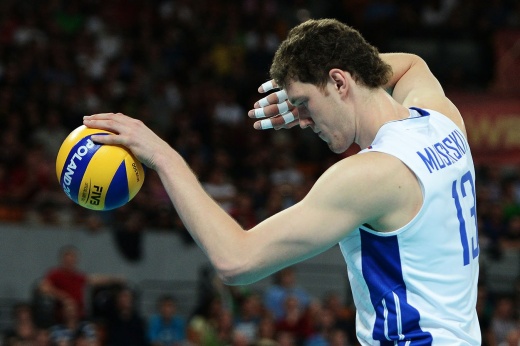 The hero of the 2012 Olympics Musersky was disqualified. Are the victories of the Russian national team under threat?

Today there is no question of finding another club – the athlete has extended his contract until 2023. And with the world situation, it is still unclear whether the legionnaires will be forced to leave Russia even against their will. For example, the diagonal Belogorye Al Hachdadi Mohamed from Morocco re-signed a contract until 2025, although he had not stayed in any league for more than a year before – he likes Russian volleyball.

“I think the contracts are well drawn up there. There are penalties, the player can not just break the contract. In Kazan’s Zenit, I think both legionnaires feel very well, I feel they do not want to leave. And if there is any pressure from the government, they can refer to this penalty. In Kazan there, I think this amount is very decent, – said Masliev. – If all the legionnaires leave, all the Russians will also return to us: for example, Musersky from Japan, many in Qatar. I think we will lose with the departure of the legionnaires, but our championship will not sag much in terms of the level and quality of volleyball. “

Whatever the decision of the FIVB or foreign authorities regarding the legionnaires, volleyball in Russia will not disappear – the Super League has always been in the top 3 championships, a strong national backbone and the main international starts. And the emphasis on young people will only revive internal competition and nurture a good reserve.