Will the responsible people dare to punish the athlete who publicly showed disrespect for the symbol of Russia? The future of world navigation may depend on this.

FINA and their colleagues in the world of swimming must react somehow. Sports officials have to make a specific choice, jeopardizing the reputation of their organizations.

Will they risk going against the tide or will they finally bury the subordinate sport in political turmoil?

The limits of what is allowed

– Where are the limits of permissible behavior of athletes? If you have decided that it is humane to exclude Russian athletes from participating in international competitions, then take measures here as well. Nationalism is unacceptable in any form, – Russian swimmer Maxim Stupin addressed the International Swimming Federation on social networks.

The participant in the Olympic Games in Tokyo also expects a reaction from the European Swimming Federation (LEN) and the International Swimming League (ISL). World and European champion Vladislav Grinev addressed a similar appeal to the leaders of world and European swimming. Also waiting for action from sports officials is Olympic medalist Kliment Kolesnikov, who attached a screenshot from Gunesh’s page for clarity.

Earlier, a native of Poltava, Victoria Solntseva, representing Turkey at the international level, allowed herself to post a photo of someone trampling on the Russian flag. Apparently, the lady who changed not only the country, but also the surname (“gunesh” in Turkish means the sun) is trying to show that she is a real patriot, and not just ran away to where it is warmer and fuller.

Gunesh-Solntseva’s strange patriotism does not make sense under a microscope – it is more a matter of banal rudeness. It is much more interesting whether there will be an official reaction from the leaders of international navigation.

The disgusting act performed by an athlete competing under the auspices of FINA, LEN and ISL should at least be a reason for official condemnation by these organizations. On the good side, there is a good reason to expel the Turk, if we take into account the practice used by sports organizations against the Russians.

Leaders of world and European navigation are faced with a difficult choice. Any action, as well as inaction, will lead to very specific results and in each case someone will be dissatisfied in the end. FINA and the company may risk going against the generally accepted course of Russophobia in sports, punishing the enraged Turkish woman of Ukrainian origin. The second option is to set a precedent for the promotion of cave nationalism by pretending that nothing unusual has happened.

In the short term, the second option looks the most attractive. There is nothing to do here, you just ignore what happened, not noticing the outrage of some of the Russians removed there. Neither the IOC, nor sponsors, nor politicians from Western countries will scold for such an attack of blindness. Russophobia is on trend now, so is it worth the effort to come up with an appropriate punishment for a swimmer who has lost shore? This is not the last letter of the Latin alphabet in the form of a Russian athlete, after all, and not even the forbidden tricolor on the glove. 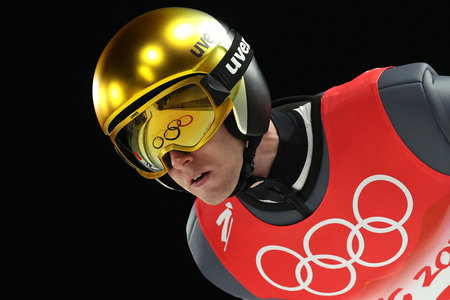 It is much harder to go against the flow. FINA, of course, tried to build a peaceful organization in the context of the removal of our swimmers, but still gave up. Any action in favor of the Russians can now be misunderstood in the international sports and sports arena. But the difficult dilemma will still have to be resolved.

Sabotage, even justified by high moral principles, is unlikely to be praised by those who have an influence on officials from the world of navigation. What has Gunesh done so unbelievably that goes against the latest developments in world sports? She demonstrated in a visual way what the responsible people are doing, taking away the national symbols from Russian athletes. Isn’t their actions trampling on our flag? Moreover, the leaders of sports structures are trampling on the careers of athletes, not allowing them to compete in the international arena.

Will there be enough courage?

I really want to be wrong, but in the current situation it is difficult to expect serious disciplinary action from FINA, LEN, ISL and other organizations involved in world swimming. Barely audible condemnation, perhaps the most we can count on. A lifelong disqualification for a sports emigrant and an unscheduled speech condemning Thomas Bach are unlikely to be a continuation of this ugly situation.

Lack of proper response from those responsible will now lead to problems in the future. At first we can expect a stream of disrespect for our national symbols – without punishment for some characters may be too tempting crime. After a while, FINA will suddenly discover that the contradictions on the planet are not limited to “global” condemnation of Russia. Someone’s feet will parade on other flags – there are enough international conflicts of varying severity in the world in any era. 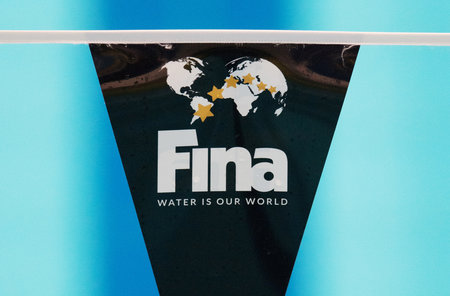 Eventually, a critical mass of offended people may accumulate, who will start boycotting tournaments, refuse to hold competitions, or even think about leaving the wing of a compromised organization. So far, this can be stopped at the root by decisive action, but will there be enough courage?