Will Shcherbakova go for the last title, will there be an Olympics in Tuktamysheva’s life and why Kostornaya could not get to Beijing-2022.

Will Shcherbakova go for the last title, will there be an Olympics in Tuktamysheva’s life and why Kostornaya could not get to Beijing-2022.

The season in figure skating is over – the next serious level competitions are waiting for us only in late August-early September. Match TV sums up the results of the landmark Olympic season with the expert – vice-champion of the world 2012 Alena Leonova. 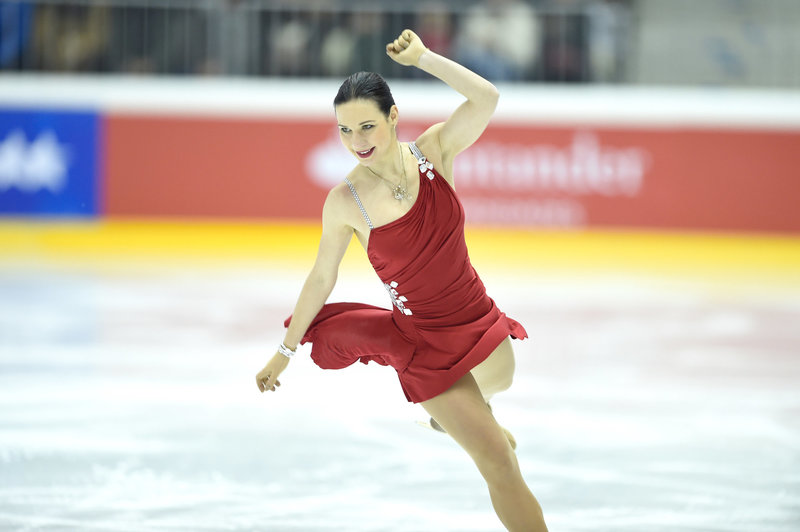 – Due to the removal of ISU, our athletes did not participate in the distribution of medals at the World Championships this season. Would the pedestals be different with them?

“Of course.” First, with ours it would be more spectacular. Secondly, I think that in women’s singles and doubles Russia would be completely on the podium.

– Let’s talk about the results of the Olympics now that the passions have subsided a bit. How do you assess the decision of FFKKR to put the current first numbers in all kinds in the team tournament and not to make substitutions? With a different strategy, more athletes could be betrayed.

– From the point of view that no one was offended, the decision is correct. All deservedly, all honestly, gave preference to the first numbers. A sensible decision not to use substitutions and to give the guys who have proven their superiority the opportunity to fully realize themselves in the team at the Olympics. 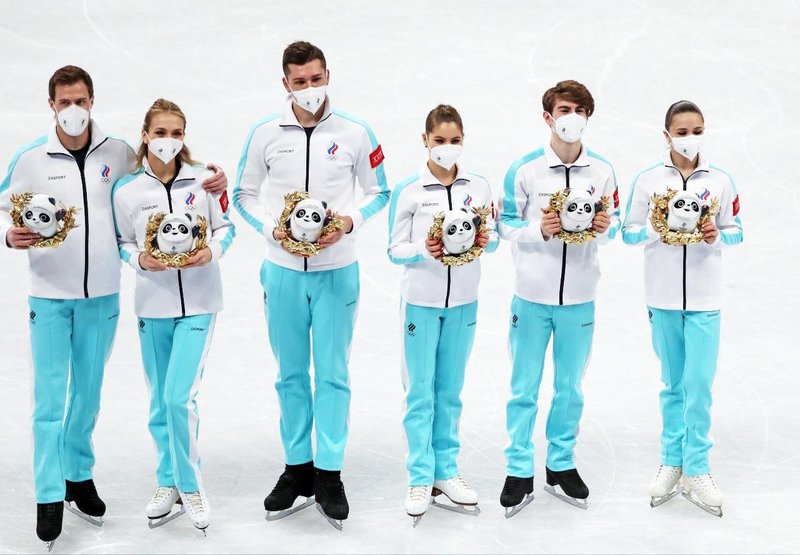 – Could the federation do so to avoid unnecessary conversations and excitement around the team?

– Quite. I don’t think they wanted too much noise, some wars on the Internet and so on.

– Alexandra Trusova at the Olympics experienced, perhaps, the greatest disappointment in her life, reacting to it very emotionally. Do you think she had a chance to get ahead of the pure Anna Shcherbakova, given that Sasha was always evaluated a little worse in the components?

– Let’s start with the fact that Sasha skated imperfectly. If you correct and add to all its shortcomings, I think she would be the first. But I can not fail to note that it must have been difficult for her to ride with the understanding that she can win only with a perfect rental. There was no right to make a mistake. And this makes me even more nervous.

Sasha is such a risky girl, she always stands her ground, and it’s a little insulting for her. I wanted her to snatch this piece she deserved. On the other hand, the silver medal of the Olympics is also very cool, prestigious and expensive. It is clear that at the moment emotions prevailed, but Sasha will grow up and understand everything. And maybe she’ll even regret what she said then. 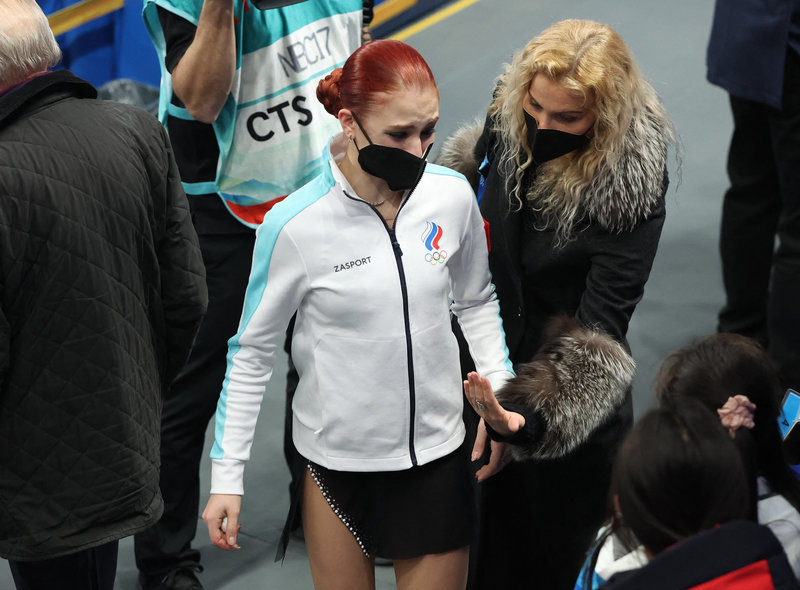 – Could the Olympics undermine the trust between Trusova and Tutberidze with its results? Does it make sense for Sasha to change the coach in search of someone who will provide her with an individual approach?

– Personally, I was very happy when Sasha returned to Eteri Georgievna. I think this is an ideal option for her. In vain she basically rushed somewhere. It is clear that she wanted to try something new, but this is not done in the pre-Olympic season. I repeat, Tutberidze is the best option for Trusova. The attitude to her there is good, you can see it. I think there is definitely enough time for it.

– Anna Shcherbakova is an Olympic champion, world and Russian champion. The only title she doesn’t have yet is the title of European champion. Does it make sense for her to continue her career, especially in light of the uncertainty for Russian sports?

– If she has motivation and has a goal to collect all the medals, then why not. She herself is a very motivated girl, very combative, but in that group there are no others. And nothing will stop her from collecting all the titles – all she needs is health and the opportunity to compete. 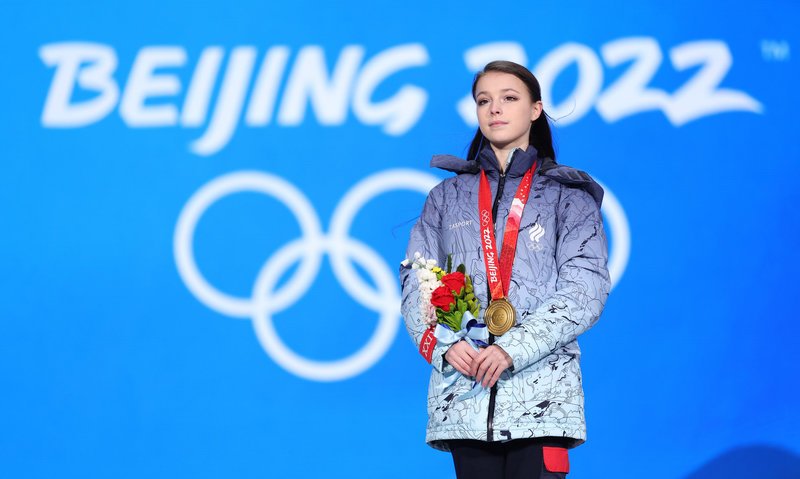 – I don’t think it will turn into a war, as was the case with Zhenya and Alina and their fans. But I think that this will encourage the girls themselves, and their rivals, and in general just young skaters to train more and harder. The more high-level athletes there are, the higher the interest in the sport. So the promotion will definitely be.

– Kamila Valieva survived the hardest Olympics for herself, experiencing the full range of emotions during those three weeks. And, of course, a difficult test for her was a personal tournament after doping proceedings. All this – at 15 years old. Do you think that Valieva’s story will be a decisive argument for ISU in favor of raising the age?

– Talks about raising the age have been going on for a long time, and it is possible that Camila’s story will somehow push ISU to such a decision. But I don’t think they will rely on her alone. It is a pity that all this happened to Camila. 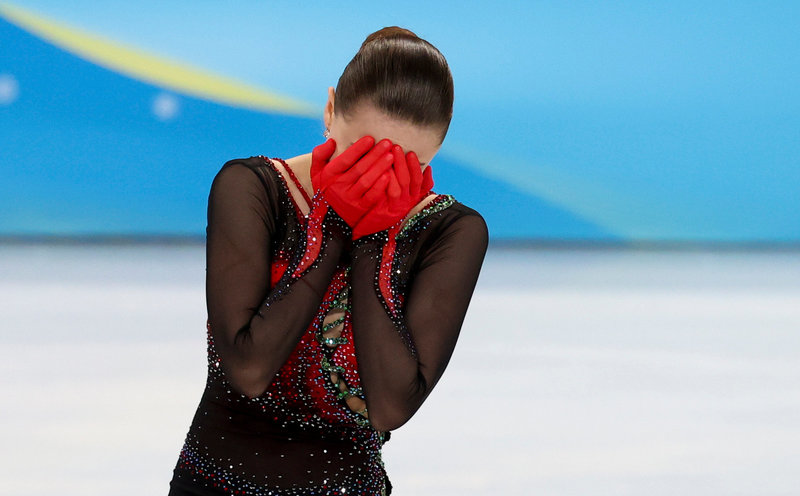 – Elizaveta Tuktamysheva spent one of the most successful seasons in terms of stability and results. But even that didn’t help her qualify for the Olympics. 2 months after her Lisa with a triple axel in great shape and a new program. Do you have an answer where at the age of 25 she takes the moral and physical strength not to give up and keep such a bar?

– In my experience, I can say that this is, of course, a great love of figure skating. Thank God there are no serious injuries. It’s just that I’ve always thought that skating is the only thing I can really do well, so I’ll keep going.

I think Lisa is still driven by the love of the fans, because it is unreal. As far as she tries to stay in this elite, she goes to these fours in 25 years. I probably would have crashed for sure if I had tried. She just doesn’t give up, and it’s respectable.

– Do you believe that there will be an Olympics in Tuktamysheva’s life? She will be 29 at the next games in Milan.

– If she continues to ride the whole cycle, will have her axel and quadruple jump, at least one, it is quite possible. You see, the stumbling block for Lisa in the Olympic season is the Russian championship, which is very insulting. And here’s something she needs to do with it, somehow jump over and break the tradition, and then everything will be fine, she will finally go to the Olympics.

Although I read her interviews, she said that in principle she has no such goal – to go to the Olympics, which is not her happiness. It’s just that everyone around has inflated this topic. In fact, Lisa has already achieved enough to ride without worries. 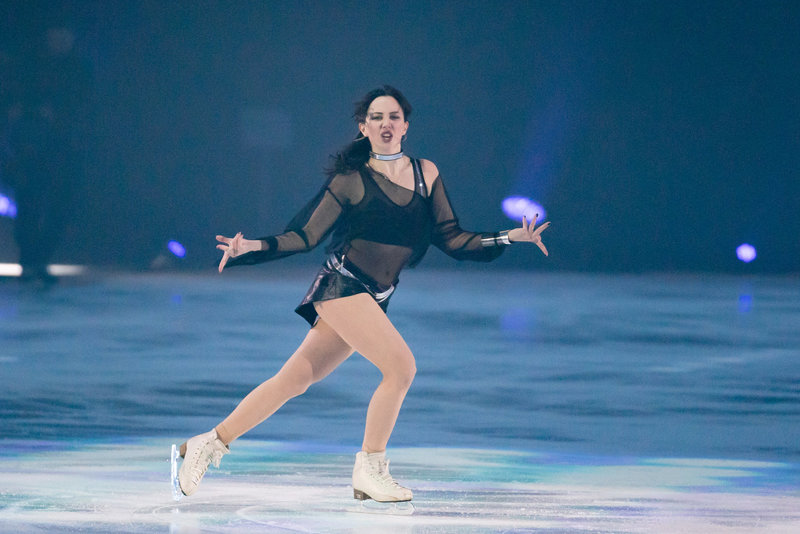 – Another super-talented figure skater did not make it to the Olympics this season. Alena Kostornaya tried to restore the triple axel, changed programs, but in the end with a broken arm did not participate in the Russian championship, losing the chance to qualify. She recently left Khrustalny for CSKA. For all its merits, is such a sad scenario – bad luck, inattention of coaches, difficult character or just extremely high competition? Or all at once?

– Maybe I will sound a little tough, but I think that running from coach to coach does not lead to anything good. Yes, Alena is a great skater, but that was before her first transfer from Tutberidze to Plushenko. Then she was just brilliant. It would seem that an athlete who has everything. And technique, and skating, and beauty. But unfortunately, for some reason, when the triple axel was lost, everything else disappeared. Last season I didn’t see her have that easy ride. The programs, I do not argue, were good, but she did not perform them at the same level as before.

I think Alena will recover, try herself with another coach. Let’s see what this will turn into. But everyone has a good lesson and an example of running – why leave when everything is fine? She had results, she won the whole season. Probably, there are some internal problems that we do not know about, but the main thing – the result – she had. 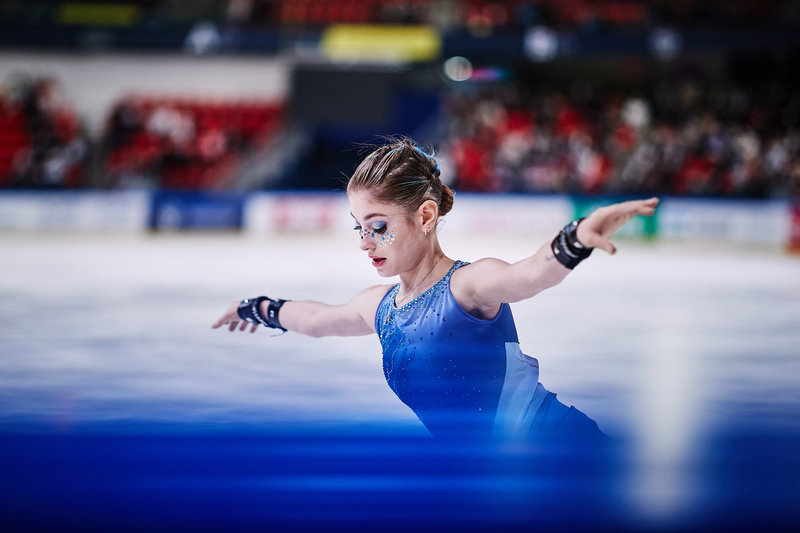 – Question about men’s singles. What is the secret of Mark Kondratyuk, who can already be called one of the most reliable singles players in Russia? He did not have much competitive practice compared to others, he did not have an international career in juniors. Just appeared, flashed and continues to burn.

– A unique case, in my opinion. I’ve known Mark a little longer than the audience. She knew even before he started winning and making a name for himself. We went to Italy for training with the group of Eugene Vladimirovich (Rukavitsyn) and Svetlana Vladimirovna (Sokolovskaya), and she took Mark with her. Probably four years ago. I was wondering then – how does this person go and jump? So fearless! He did not succeed much. But two years later, I saw that Mark was completely different. He began to succeed. On some insane desire, on the ability to work. Mark is the main surprise of the last two seasons.

– I don’t think he has any sports anger at all, maybe it helps him?

– I agree, he leaves without the wild responsibility that can hurt. Relaxed head does everything as on the show. 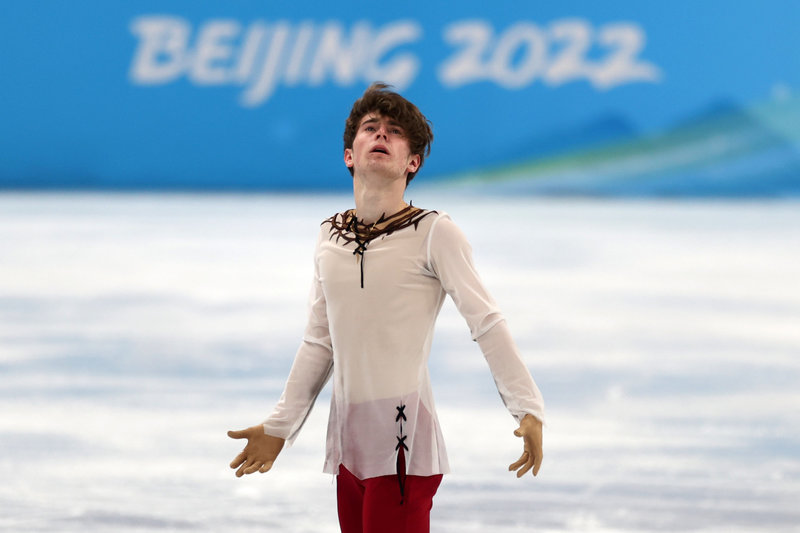 – The last question about the future. Suppose that the worst-case scenario is realized, in which Russia will be excluded from world sports for a few more years. Where will world figure skating go? Can we say that the sport will degrade?

– I will not say that directly degrade, but to stand still will be accurate. Without our skaters, others show three or three years ago cascades of three or three, which were enough to win when I, Carolina Costner and others rode. It came to the point that only Alice Lew tried to make a triple axel at the World Championships, and only in the free program. Strange impression.