Medvedev missed the 1st place in the rankings in Miami. When is the next chance – the full situation 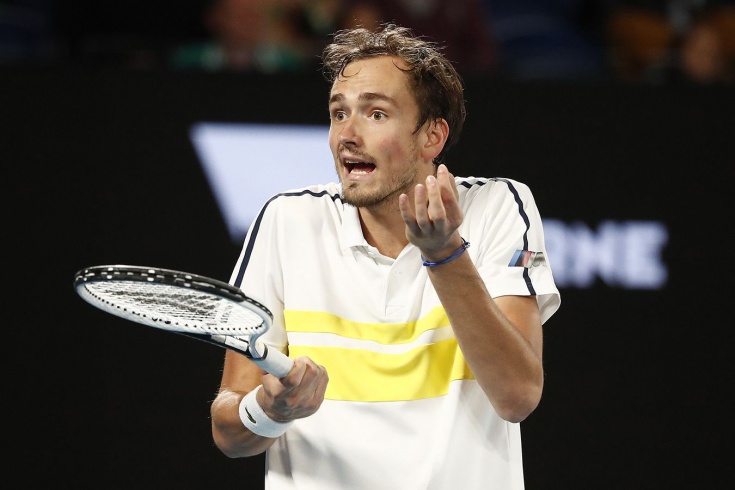 Where and how a Russian tennis player can bypass Novak Djokovic during the ground season.

At the Masters in Miami, Daniil Medvedev had a real chance to return to 1st place in the ATP rankings following the tournament. It will be recalled that the Russian became the leader for the first time on February 28, 2022 and lasted at the top for 3 weeks before the end of the tournament in Indian Wells. In Florida, Daniel had to reach the semifinals to be first again. But Medvedev lacked only one victory before the cherished goal – in the quarterfinals he lost to the Pole Hubert Hurkach. 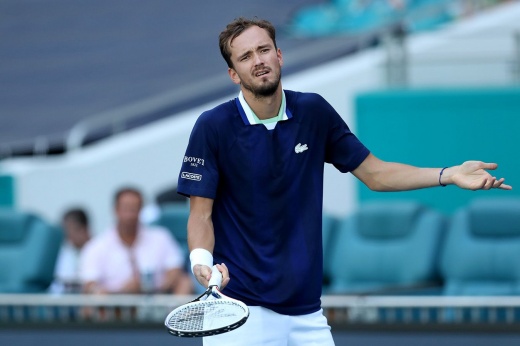 10 points were not enough! The Pole Hurkach did not allow Daniil Medvedev to become the world’s first racket again

The match was difficult for Medvedev physically. He clearly felt out of shape, and this is how the Russian explained it after the fight: “I sat down, very tired, and then suddenly a muscle just hit every muscle. Cramps there, cramps here. I was like a fish on the couch. ” In addition, Daniel admitted that he underestimated the opponent: “I need to reconsider my matches with Hurkach. I’ve never done that, but I have a feeling that when I meet him, he doesn’t play like everyone else. He is not wrong. First serve – 133 miles per hour [215 км/ч] straight to the line. I watched some of his matches in which he was defeated. He didn’t play like that. I don’t know why. “

Now, next Monday, Medvedev will have 8,410 rating points, as he repeated his last year’s achievement in Miami – reaching the quarterfinals. This is only 10 points less than the leader Novak Djokovic. German Alexander Zverev will overtake Rafael Nadal and become 3rd. Stefanos Tsitsipas and Matteo Berrettini will retain 5th and 6th places.

So Dmitry Medvedev in Miami missed another chance to become the world’s first racket. And when will he have the next opportunity to bypass Djokovic? We present the full range of rating points. Immediately after Miami, the March season ends on the hard, and all tennis players are moving to the ground. In the first week of April, two ATP-250 tournaments will be played in Houston and Marrakech. The top players paused at this time. And from April 10 to 17, almost all the strongest gather in Monaco to play the grand prize of the first ground “Masters” of the season. From now on, the favorites will start to burn points for performances on the ground in previous years. Let’s see how much Novak Djokovic and Daniil Medvedev will lose before the end of Roland Garros in 2022.

The table shows that if you do not take into account the points that players can earn in the ground series – 2022, then by early May, Medvedev’s gap with Djokovic will increase from 10 points to 160. But on May 9, Novak will burn 500 points for Madrid 2019, and Daniel will already break through sharply – by 250 points. The next “Masters” in Rome will increase this gap to 840 points, and by the end of May – to 1090! Note that last year, “Roland Garros” was moved a week later, and the points for it will burn now not on June 6, but on June 13, 2022. It will be recalled that Novak is the reigning champion, and he will burn another 2,000 points.

That is, we can say that Medvedev has an excellent chance to return to first place in the rankings during the ground series. And this despite the fact that the Russian does not like to perform on this surface. And the next opportunity he will have in Monte Carlo. Daniel will defend 180 points there, Novak – 90. The gap between them will increase to 100 points. To get ahead of Djokovic, the Russian needs to perform better than his opponent and at the same time reach at least the quarterfinals. Theoretically, this is Medvedev’s task, because he was already a semifinalist in Monte Carlo 2019.