Metallurg not only started the series with Avangard 0-2, but also missed 15 matches in two home games. This is an unthinkable result for a team with the first seed – of course, two defeats in one puck would give the same 0-2 in the table, but from the point of view of psychology, it was certainly a blow. No one could have imagined that the winner of the East would be so vulnerable, especially against the lost several legionnaires “Vanguard”.


What was that ?! Avangard and Magnitka set a KHL record, breaking each other’s defenses

Magnitka created its backlog, which allowed it to become the first in the East, in the first two months of the championship, when it won 23 out of 25 matches and lost only to SU twice. These 25 matches will be a cut-off – in the game №26 followed by the loss of “Loko”, and then the gradual disappearance of the form of the beginning of the season. Of the remaining 23 games of the season, Metallurg lost 12 and almost lost first place in the conference to Traktor.

As usual, let’s look at these two segments using advanced statistics. Surprisingly, there is no big difference between the two versions of “Magnetka” on paper. Although the numbers were even better in terms of numbers, the second version was much worse and lost almost all matches to top rivals.

One of the factors that catches the eye was the sharp collapse of Juho Olquinuora. The Finn spent the first half of the season at the elite level, reflecting 94% of shots and looked like Finland’s first goalkeeper without the Enkhael team. However, in the second half of the season, Olquinour completely collapsed, periodically began to fly unthinkable butterflies and in this period saved only 89% of cases. Juho also had his first playoff match with Barys unsuccessfully, and then went home, like many other KHL Finns.

And that’s why “Magnitka” changed in the second part of the season – it is unclear. She no longer looked like a brave attacking team, where fast technicians immediately turned to striking counterattacks. In some matches, there was a feeling that it was more important for the team not to miss – and such a strange change in tactics was surprising. It is unknown what happened at that time, but the form of the first half of the season did not return to the team even after a two-month break.

Back in the series with “Barys”, “Metallurg” looked loose, carelessly lost the first home match with a huge number of marriages, but still quickly closed the series – allowed the class of players and the fact that “Barys” “Boris” had more failures in defense.

Then came the Vanguard. Of course, the removal of Curry in the tenth second and the ensuing 0: 2 was a knockdown – but this was only the first match, the first period, you could fight. However, these screenshots show the difference between building two teams. 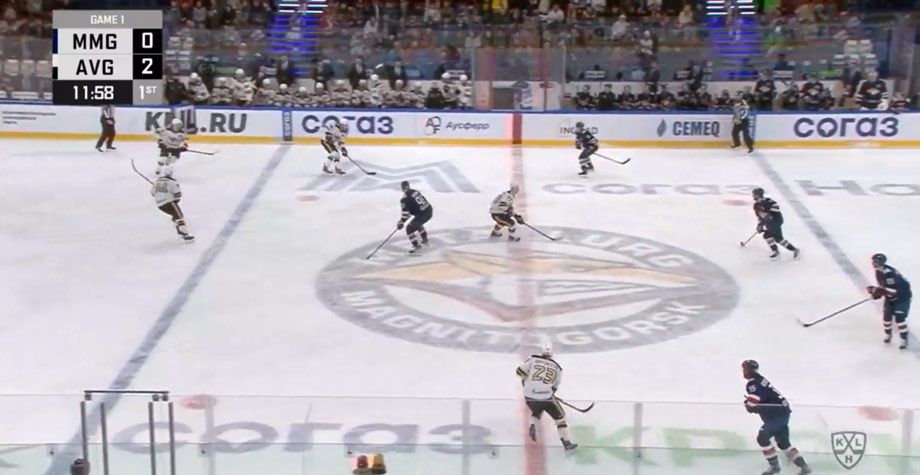 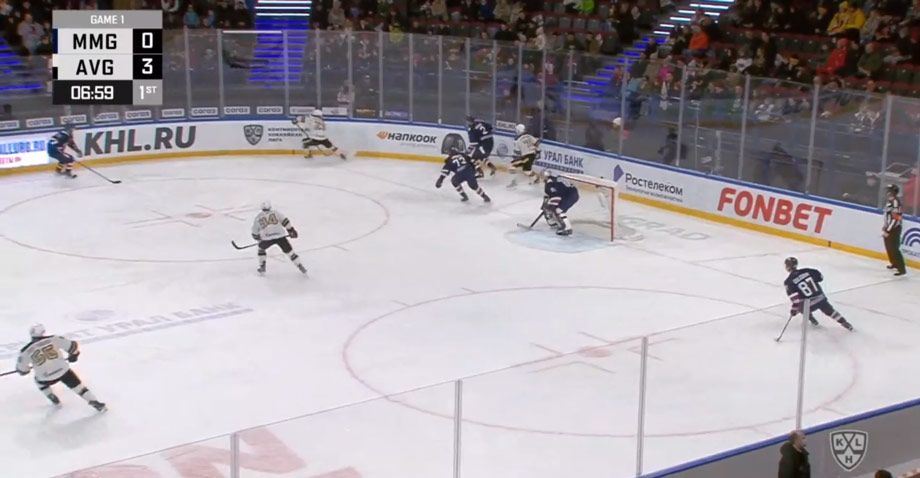 “Vanguard” was running around the field as usual, covering the opponent in almost all possible situations, two forwards of the Hartley team constantly met the players of “Metallurg” behind their gates, and partners were on duty in the area. “Metallurg” rolled back even at the account, which no longer had to be kept.

Moreover, Metallurg had huge problems entering the zone. For example, at 0: 2 in the first game, “Magnitka” could not create a full-fledged attack for a minute – attempts to get through the pass sank in the middle zone, players who went through the lead, ran into an opponent. It was somewhat reminiscent of the endless reshuffles of defenders of one of the options of the football team in recent years. As a result, in the first 40 minutes of the first match, Metallurg scored only six times.

The main problem of Metallurg, which is visible, is the monstrous physical form. Already in the second match, “Magnitka” looked as if it had been carrying cylinders for a couple of hours just before the game. At the same time, the speeds appeared from somewhere after the third puck – and then the complete mystery remains where they were in the previous match.

However, there is a feeling that we have already seen all this – in a series of the same rivals, led by the same coaches. Circumstances, however, were a little different: after 7: 1 in the fourth match, which allowed “Metallurg” to equalize, it seemed that now “Magnitka” with a psychological advantage will roll on the next matches of the series – and it turned out 1: 9 in two games. At the same time, from the point of view of hockey, everything was the same – inexplicable sluggishness of “Magnitka”, monstrous mistakes of defenders, zero combinations ahead. It’s like an Avant-Garde complex.

It is even difficult to imagine why Ilya Vorobiev will save this series. Hartley lost only two series in the KHL – in the 2019 final, CSKA was simply much better in composition, and the confrontation with “SU” a year later was decided by the inspired game of Ufa legionnaires and the failure of Bobkov. The only hope that the “Vanguard” will sit down, after the departure of the Finns, the team actually plays two pairs of defenders. Only “Metallurg” in home matches did not cause such problems on the move that the opponent fell in the next games. 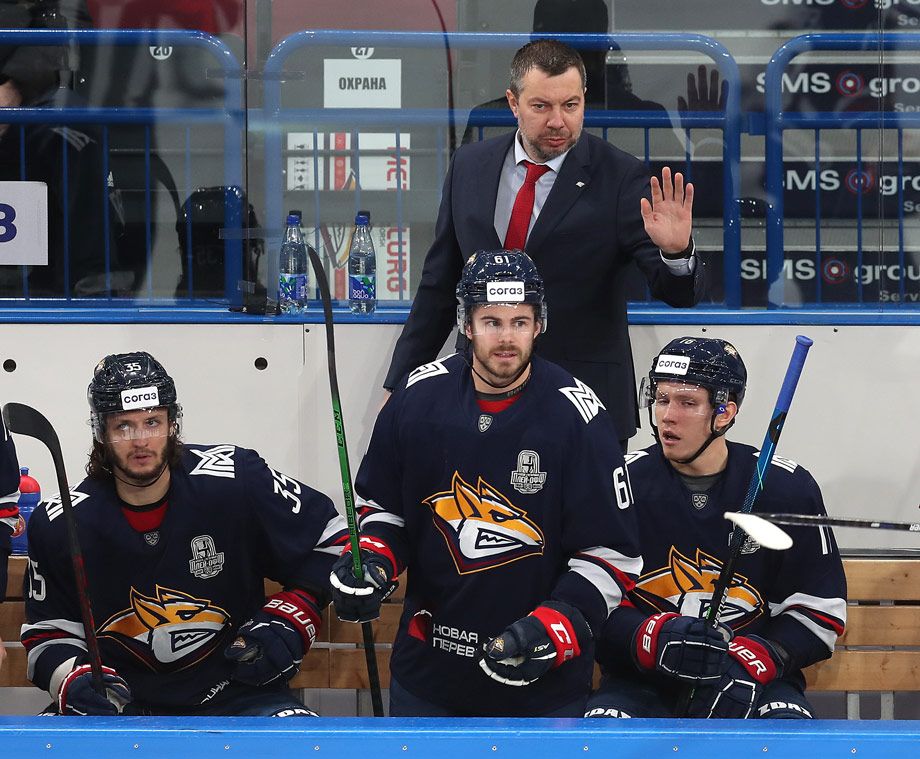 And “Magnitka” needs to help Koshechkin with blocked throws. Blockshots in the playoffs – in general, the most important thing, in the last draw almost 80% of matches were won by teams that more often caught the puck on themselves, “Metallurg” in the championship final – 2016 caught 35 shots in the seventh game. Yesterday in the first period, which became decisive, “Metallurg” blocked four of the 23 attempts of the opponent, “Avangard” – 13 of 26. In general, the match is 31-7 – and so in the playoffs, of course, simply can not play.

To defeat Avangard, Metallurg needs to become Avangard itself – find the strength to play fast, cover the opponent in someone else’s zone, cover the puck with the body. Otherwise, the team, which seemed perfect in October, will fly out earlier than everyone expected.